An East Coast Girl Takes on the Pacific Ocean 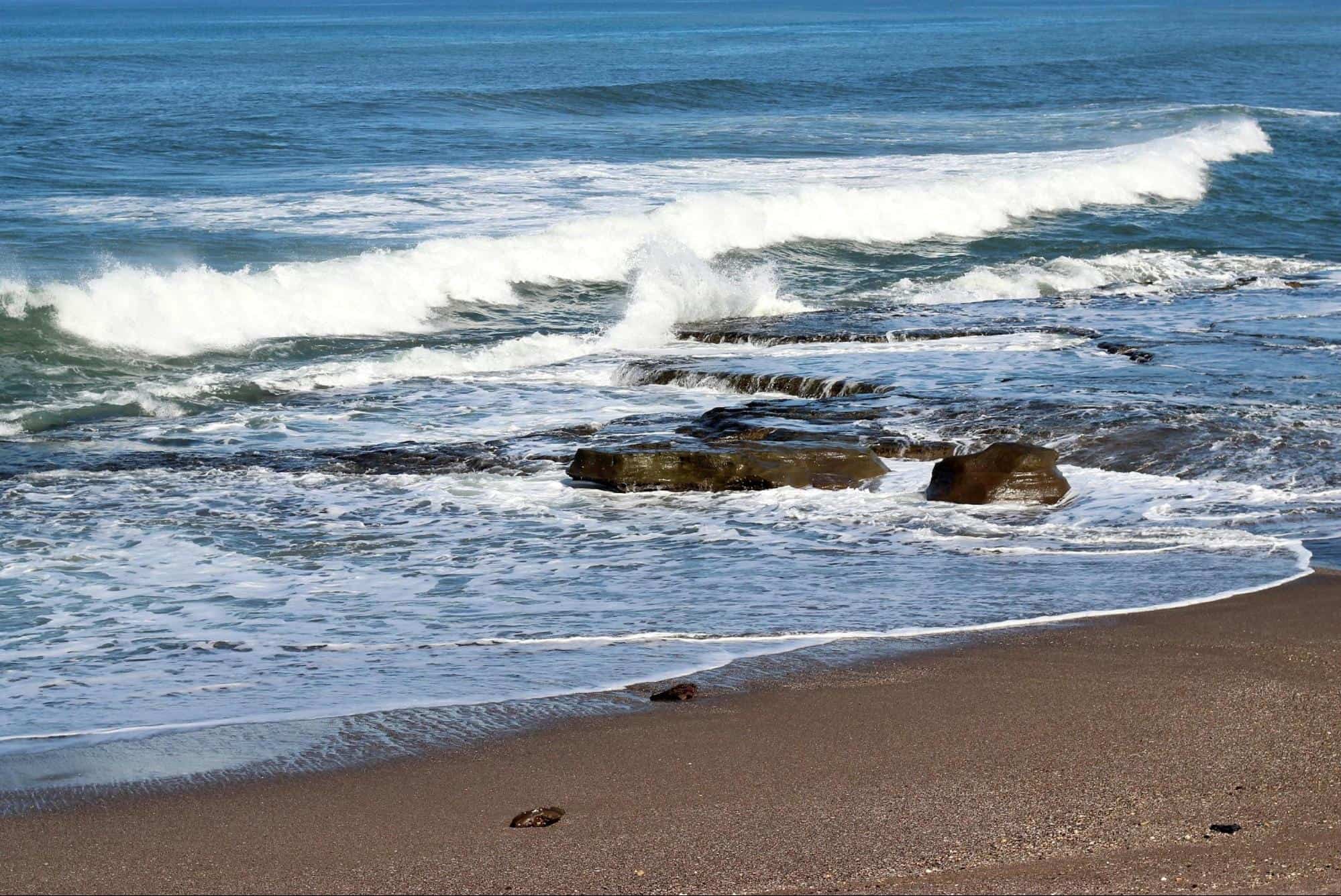 It’s a rite of passage where I’m from to go “down the shore” for the weekend after senior prom. Nearly as important as the dance itself is the trip down to the Jersey shore with all your friends the morning after shedding your tuxes and gowns, trading corsages for swimsuits and flip-flops. The late May evenings are still cool and the water of the Atlantic Ocean frigid, but it’s being there that matters, even if a quick wade through the shallows leaves you shivering a bit. There’s a sense of freedom, too, in being out on the beach before the flood of summer tourists comes in; the sand and surf are all yours, at least for a little while.

The Pacific Ocean, when I first encountered it off the coast of Nicaragua this October, was almost disturbingly warm for an East Coast girl used to gritting her teeth when the water first hits her toes. Fully dressed, but barefoot, I eased my way into the shallows and was surprised at the gentle lap of the waves against my ankles, so temperate I could barely feel the difference between air and water. It was a pleasant return to the outside world after 90 minutes in the car, splashing around with warm sun on my face, a warm breeze against my shoulders, and warm water at my feet. Even with the promise of breakfast awaiting me, I was reluctant to make my way back up from the beach again.

My second time in the water was under radically different circumstances. Invited for a surfing lesson by a Canadian expat already tanned by the Central American sun, I swallowed my nervousness for the sake of adventure. When in Nicaragua, do as the surfers do, right? Never mind that I’d never spent much time on a board of any kind (skate, snow, or surf), or that I could barely see two feet in front of my face without my glasses; the ocean would be big enough to see, I figured.

We headed out for the North Beach in a pickup truck piled with surfboards and three girls, including me, bouncing around in the back. The mud along the way was a precursor to the water that lay ahead, the truck splashing with abandon through puddles big enough to swim in. We disembarked among the weeds and carried the boards toward the edge of the water before pausing for a dry run on the sand. The basics seemed simple enough: swim out, wait for a good wave, paddle hard, spring into a kneeling position, and stand up with as little hesitation as possible. Still, with fewer boards available than there were would-be surfers ready to tackle the waves, I was content to sit out the first round and watch from the sand.

When the first of our group returned from the water after just a few minutes of wrestling with his board, I asked if he had any insight to share from his brief surfing experience. “Keep your mouth closed,” he advised, with an encouraging smile that belied his foreboding words. Lips firmly drawn together, I headed into the water and was surprised, again, at its comforting warmth. The Pacific Ocean wasn’t so different from the Atlantic, I decided, temperature aside; water is water, after all, and I knew how to navigate its ebb and flow, even with an unwieldy plank of foam and fiberglass in tow. I maintained that sense of calm until the first wave smacked me in the face.

The first thing I noticed about the seawater in my mouth was just how salty it was: saltier than sweat, pasta water, pickle brine…saltier than all the mouthfuls I’d accidentally swallowed in any other body of water. So much for keeping my mouth closed. The second thing I noticed about the water, and the salt contained in it, was how badly it stung. As if I weren’t impaired enough by my own nearsightedness, the Pacific seemed determined to ensure that I couldn’t see anything unless through a bleary, burning haze.

It was an amateur’s mistake, I told myself, one I wouldn’t make again. I floated for a while, getting accustomed to the white spray crashing around me, then pushed forward into the water – only to be knocked backwards by another wave.

The good thing about aggressive waves is that when you’re in the water, no one can hear you swear. But getting too upset would’ve meant letting the ocean win, and I wasn’t about to let that happen. I returned briefly to the sand to catch my breath, but went in for another round that day, now knowing enough to dip under the oncoming waves and not to be caught off guard. I managed a few times to stay stuck to my board, clutching desperately to it as a wave’s momentum pushed me back toward the shore, even getting up into a stable kneeling position once or twice before growing too exhausted to keep trying. The ocean and I called a truce for the day, and I spent the rest of the afternoon swimming with relatively little difficulty. Of course, leaving the surfboard behind helped.

I hadn’t forgotten the ocean’s abuse of me on Saturday when I agreed to go out again on Sunday. Even if I accepted that I wouldn’t be conquering the Pacific anytime soon, I could at least prove myself its equal. That evening’s outing was more of the same, as I went into the water confidently (if a bit more hesitantly) and left it bedraggled, but somewhere between open water and the shore, my defiance turned towards acceptance. It wasn’t personal, really, getting slapped around by the waves; everyone around me was dealing with it, even with much calmer tides than the previous day’s. We all drank our share of saltwater and we all rubbed at our reddening eyes. We all got pushed around. It was just what the ocean did.

We’d gotten a late start that second day, and we knew to start packing it in once the light began to descend into the horizon. The sun sets early and quickly in Nicaragua, and it was a matter of minutes before shadows spread across the same beach that had been blanketed by sunlight only moments before. The water turned gently orange as we turned to leave, its shade deepening by the second. It was a spectacular show, as if the ocean were saying to me, “See, isn’t this just as good as home?” 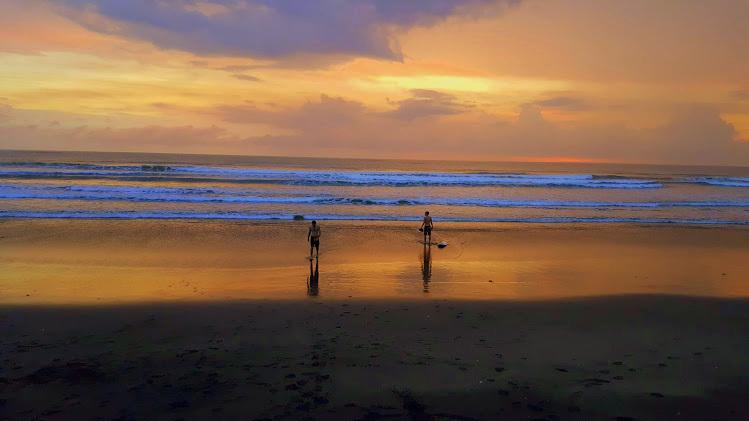 The Offshore Asset Protection Trust as a Deterrent to Litigation

Boating to Bacalar Chico—Chronicles of Life in a New Land