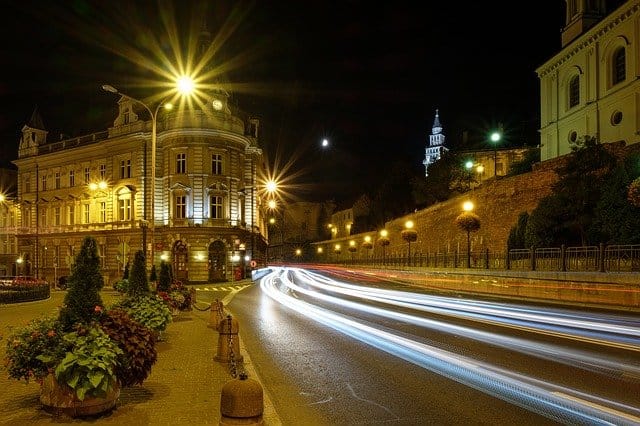 In the previous article in this series, Agnieszka & Anna Lapacz share some helpful information about obtaining the required documents to drive legally in Poland, plus they provide some general rules of the road all drivers in Poland need to know. Click here to read Part 1 of “Driving (Crazy) in Poland).”

How and Why to Obtain a Polish Driver’s License

To take driving lessons and exams and therefore to get a driving license is much cheaper in Poland than in other EU countries such as for example Germany or Sweden. The average total cost of a driving course in Warsaw is PLN 1300 – 1500 (+ additional PLN 1600 for exam, medical examination, and the sworn translator that is needed during the exam), while in Germany you will need to pay over EUR 2000 – 2500. This is a great chance for those who come to Poland to study or work and are going to stay here for a longer period of time. All you need to do is take driving lessons and then pass the theoretical and practical exam. “Very often Germans come to Poland to pass the exam because our tests are not so complicated, and they often pass the exam at the first time,” says the director of one of the driver schools.

But before you call the driving school, remember that the Polish driving license can only be issued to those foreigners who hold residency cards, that is, permissions to stay in Poland for a specified period of time (at least 6 months) or permanently.

At the moment things changed a bit as there were a lot of foreigners whose licenses were kept by their national police, and who tried to pass the exam in Poland. Now, Polish authorities consult with national police departments before issuing the driving license to avoid giving the permit to somebody who broke the law in another country.

More Stories and Advice From the Road

Insulting Criticism: “In Warsaw, a guy might leap out of his car and stomp up to your car. After I passed through an intersection with no traffic signs, a taxi driver followed me to where I parked a short distance away. He got out of his car and informed me most unpleasantly that I had turned when he had the right-of-way (and he was correct). In the worst case, a guy might even yank open your car door so that you better hear him rant about your driving. The insults get pretty creative (“if you are afraid to drive this expensive car, why don’t you buy yourself a wheelbarrow?!).” Laura, USA

Italians of the North: How you think about Polish drivers depends on the country you come from. Italians or French will feel at home, while German, Swedish, or Dutch visitors could be scared or, at least, angry. Poles represent the driving style of southern Europe where the road bans should be obeyed but are often broken. When another driver is doing some street tricks it is not seen as something very bad and usually is not stigmatized. Unless he is trying to push the car on your place. In this situation, both drivers start “the male conversation.”

“Bribe? No, thank you.” Drivers who break the speed limit risk a chat with the road police patrols. Fines are heavy and you’ll be crying seeing your wallet empty. Never propose a bribe to police officer, whatever you were told before going to Poland – it is NOT A GOOD IDEA, and it is a crime. But you can always try to negotiate… especially women, who have a better chance of decreasing their fines. 😉

There are quite a lot of automatic photo-radars. Be aware.

“Why is he flashing his lights at me?” If you see another car passing by and flashing its lights it could mean one of two things, either there is something wrong with your car (your lights are off, for example) or there is a police patrol waiting for “visitors” nearby. If you were kind enough to let another driver jump into the queue on the road, he will probably thank you with a short signal of lights.

“Pedestrian zone? Who cares!” That’s another Polish sin: When we pedestrians are in a hurry, we don’t look for pedestrian zones, we just cross the street believing that no car will hit us. Don’t be surprised (and please be careful!) when suddenly somebody appears in front of your car. We Poles are always chasing something – a bus, a tram,  the subway – and we are not that patient in waiting for the green light.

When you drive somewhere in the countryside be careful, there are a lot of local people walking (or riding a bike) on the road, some of them after a few beers. This is especially dangerous at night – they never wear reflective suits and can appear in front of you all of a sudden. On Friday and Saturday nights I have my eyes open wide as it is a time when pilgrimages of local teenagers are going to the temple – dancing club. You can be sure that 90% will be drunk on the way back.

Excerpted and adapted from the ebook “Relocation Guide to Poland” by Agnieszka & Anna Lapacz.

I hope you enjoyed reading this article: Driving (Crazy) in Poland, Part 2. If you have any questions, please contact our office HERE.