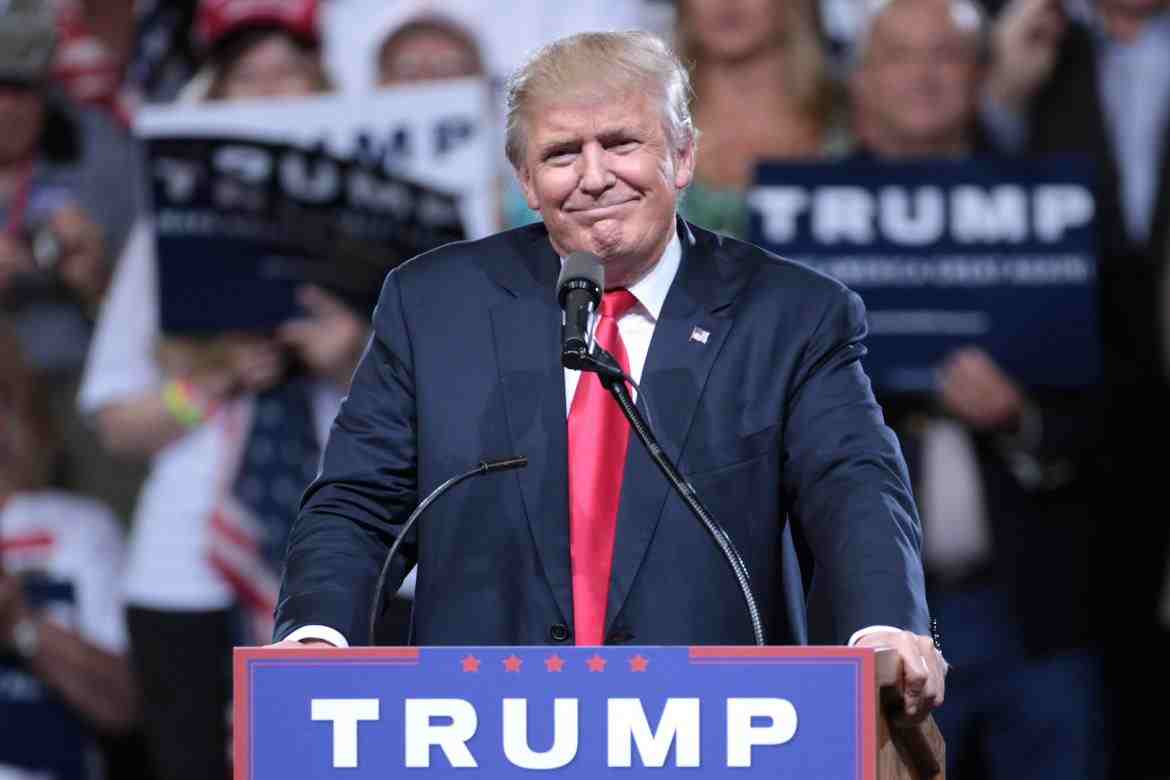 President Trump has a tendency of viewing global trade in terms of black and white: exports are good, imports are bad. To him, the benefits that a trade deal offers the U.S. economy is measured by the resulting trade surplus or deficit. As I highlighted in a recent article, Trump has condemned U.S. trade with both Mexico and China, looking primarily at the trade deficits of the U.S. as being responsible for the loss of American manufacturing jobs. He has proposed a number of protectionist measures in the form of tariffs to rectify the perceived slight against U.S. workers. However, there is another major avenue President Trump seems keen to explore that would have a similarly large impact on global trade: the dollar.

Trump has vocalized his beliefs that the dollar is too strong on numerous occasions. Given his views on global trade, it logically follows that he would be averse to a strong dollar, as it makes it cheaper to import goods from abroad and makes U.S. goods relatively more expensive on the global market. But Trump’s public repudiation of a strong dollar, like his other remarks on trade, runs in stark contrast to previous U.S. policy, which has favored a strong greenback and typically limited such public commentary on the issue to the Treasury Secretary. In theory, a strong dollar keeps inflation and interest rates in check, while providing the American consumer with stronger purchasing power abroad. Moreover, a strong dollar is a good measure of faith in a country’s economy, as investments flock to vehicles in that currency. President Trump’s Treasury Secretary, Steven Mnuchin, has since attempted to artfully walk back this sentiment without appearing to contradict Trump, saying that a strong dollar is a good thing for long-term purposes but has some short-term negative aspects. In fact, the Huffington Post reported that President Trump placed a 3 A.M. phone call to his then national security advisor, Mike Flynn, asking whether a strong dollar or a weak dollar is better for the U.S. economy, so it is safe to say that the Trump administration’s policy stance regarding the dollar is shrouded in uncertainty.

Regardless of Trump’s rhetoric, it is unlikely we will see the dollar significantly devalued in the near future. In fact, Trump’s own policy proposals are likely to strengthen the dollar further. The president’s plan to boost the U.S. economy through fiscal stimulus by increasing government spending on infrastructure, cutting taxes, and eliminating regulatory red tape are likely to result in an augmentation of the federal budget deficit and create inflationary pressures on the economy. This will likely cause the Federal Reserve to increase rates at a faster pace, thereby strengthening the dollar relative to other currencies. Mr. Trump has even criticized the Fed for not raising interest rates in the past and keeping them artificially low.

Throughout the Obama administration, the Fed engaged in three rounds of Quantitative Easing and has kept interest rates near zero since the recession. The influx of available and cheap capital was intended to lead to a wealth effect that produced more consumer spending. However, political obstacles prevented the implementation of direct fiscal stimulus, leaving the Fed to shoulder the brunt of the U.S. economic recovery itself. The intended rapid economic growth never materialized, and the Fed has remained dovish in its stance on interest rates for fear of jeopardizing the anemic recovery, raising interest rates just once in 2016 after initially planning to do so four times.

This late in the economic cycle, with the U.S. near full employment, a sharp increase in spending is likely to induce inflationary pressures that have already begun to manifest. In January, consumer prices rose by their greatest margin in four years. The consumer price index (CPI) rose 0.6% month-on-month, doubling expectations of 0.3%. Year-on-year, the CPI rose by 2.5%, well ahead of the Fed’s 2% target rate. Moreover, the Personal Consumption Expenditure price index, a more conservative gauge of inflation in the U.S. economy that the Fed relies on when constructing monetary policy, jumped 0.9% in January, resulting in a 1.9% increase over the past 12 months – up from 1.6% in December.

This makes future rate increases more likely in the coming months. In fact, for over a week, Fed officials from across the country have hinted that the central bank will be taking a more hawkish approach in the near future. New York Fed president, William Dudley, who typically takes a dovish stance, has stated that the Fed should move “sooner rather than later” on rate hikes. Given the lack of new information contained in President Trump’s recent speech to a joint session of Congress, the market is anxious to hear from Fed Chair Janet Yellen, who is set to give a speech Friday that should provide greater insight into whether or not the Fed will be raising rates during the March 15 meeting of the Federal Open Market Committee (FOMC), a branch of the Fed that makes monetary policy determinations.

Given the economic conditions facing the U.S. economy, it is highly unlikely that much depreciatory pressure will be placed on the dollar. President Trump could order the Treasury to sell dollars for foreign currencies, but doing so would likely result in sterilized interventionism as more aggressive rate hikes would be the likely Fed response. In response, Trump could lash out, but any action other than political jawboning would threaten the Fed’s independence and is unlikely. The political instability in the Eurozone is further evidence of the dollar’s continuing strength, as populist factions in France, the Netherlands, and Germany threaten the very existence of the European Union. If President Trump is serious about devaluing the dollar, the biggest impact he could have would be a reexamination of his proposed fiscal policy.

An Overview of the Financial System of Colombia

Accessing Healthcare In The UAE: What To Expect In Abu Dhabi And Dubai