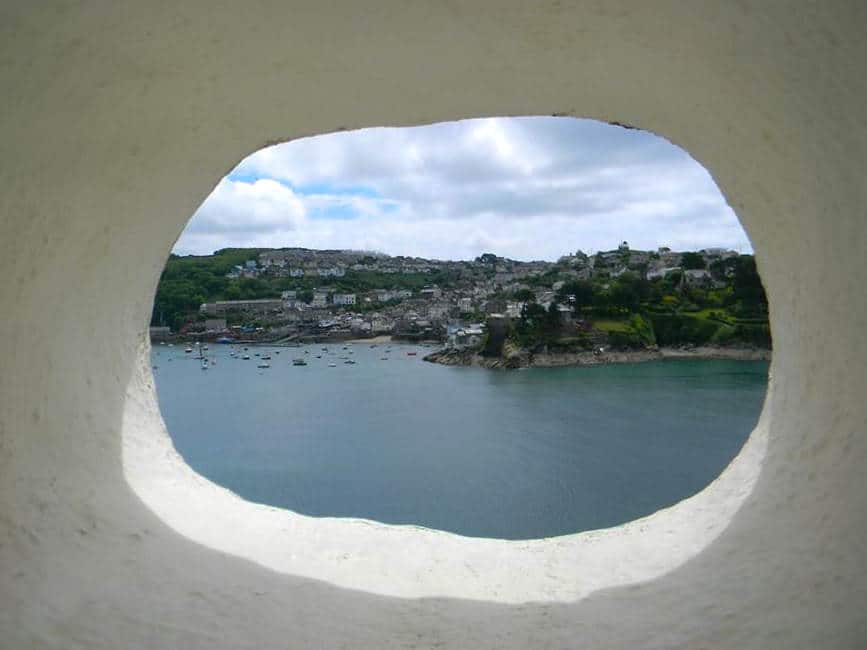 When traveling abroad to England, it is important to see the obvious main attractions and indulge in Beatles and Harry Potter memorabilia. London is truly a remarkable city and Stonehenge and the Roman baths will transport you back in time. However, please do not end your curiosity of England here. Yes, English weather is the butt of many jokes, but that does not diminish its extraordinary beauty. Its lesser known regions, like the Lake District and the Cotswolds will make you fall in love with England. In 2013, my now fiancée and I took a trip to one of these lesser known places: Cornwall. 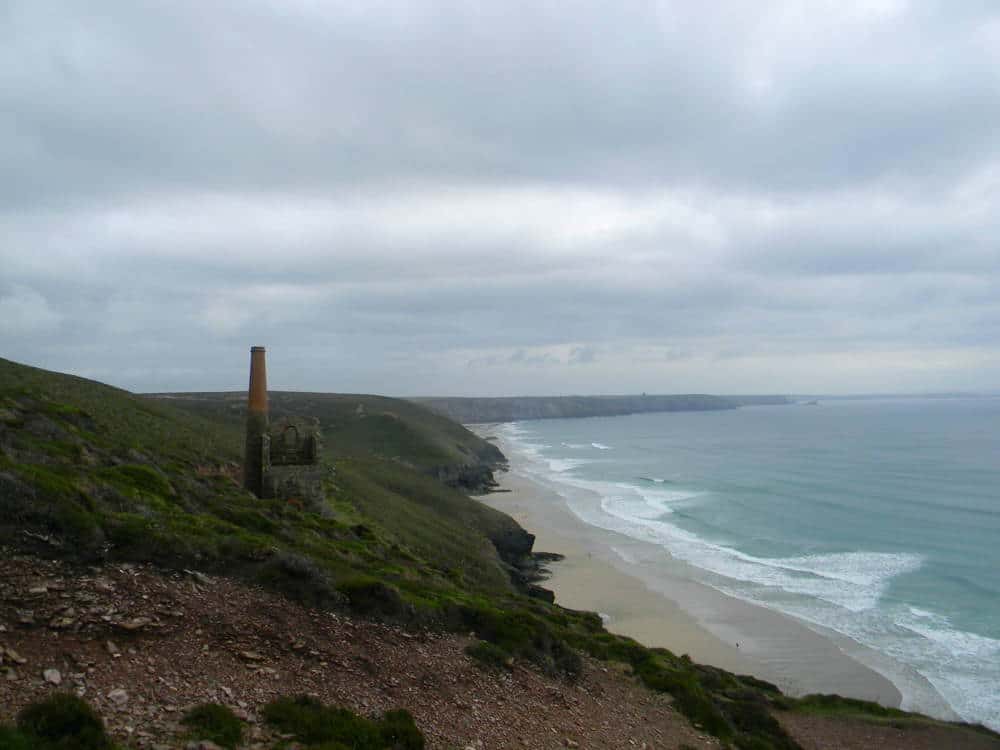 For our week in Cornwall, we stayed in the small beach town of Porthtowan. Like most beaches in this part of Cornwall, Porthtowan is enclosed by cliffs on either side. These cliffs can be traversed by visitors via the Southwest Cliff Walk. Cornwall is well known for its picturesque walks among the cliffs and beaches. Visitors must keep their eye out for ruins of old mining buildings that are strewn throughout the cliffsides. My fiancée and I walked from Porthtowan to St. Agnes, which took us past Chapel Porth Beach where surfers and beach goers were enjoying the weather. 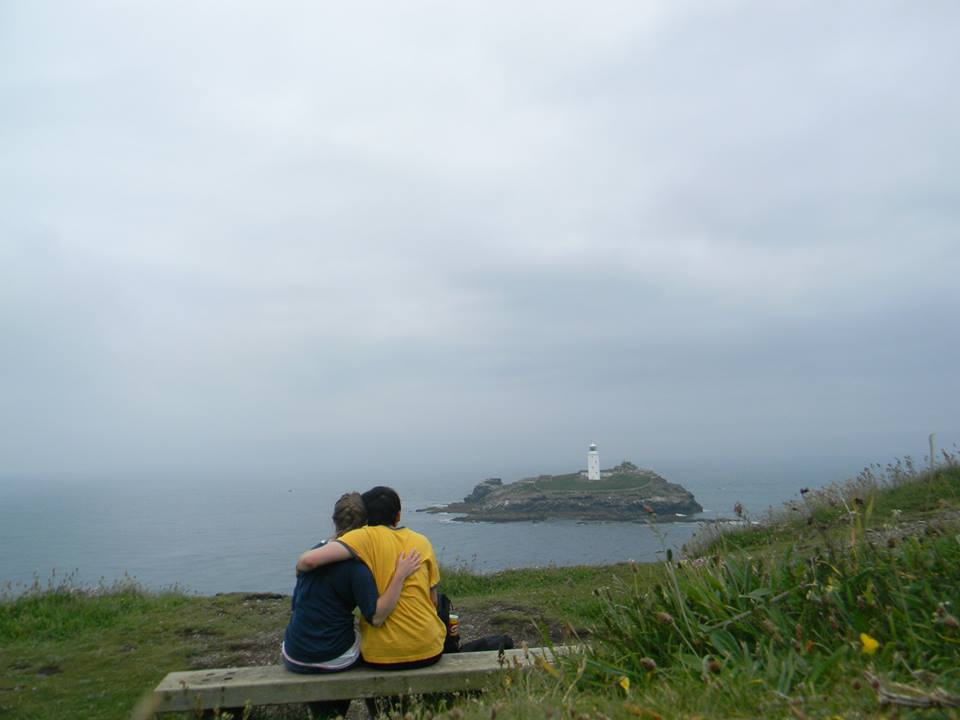 Porthtowan is serviced by a single bus stop. Cornwall has a reliable bus service, but its operating hours are limited. The thing about Cornwall is that it is so small you are bound to become friends with the regular drivers. That is how we were able to visit Godrevy. Once we got to know our friendly driver, he suggested we spend a day at Godrevy. He offered to drop us off and pick us up, even though there was no bus stop marked. Godrevy is a beautiful spot for bird and seal watching and a picnic. If you are lucky, you may have the wonderful experience of watching rehabilitated seal pups reintroduced into the wild. 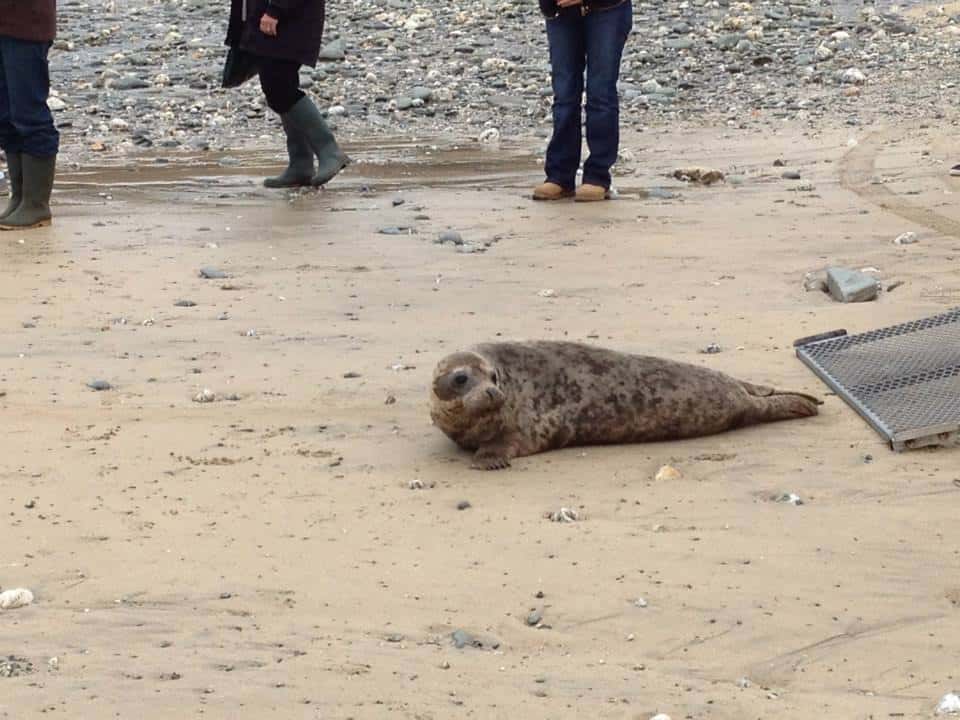 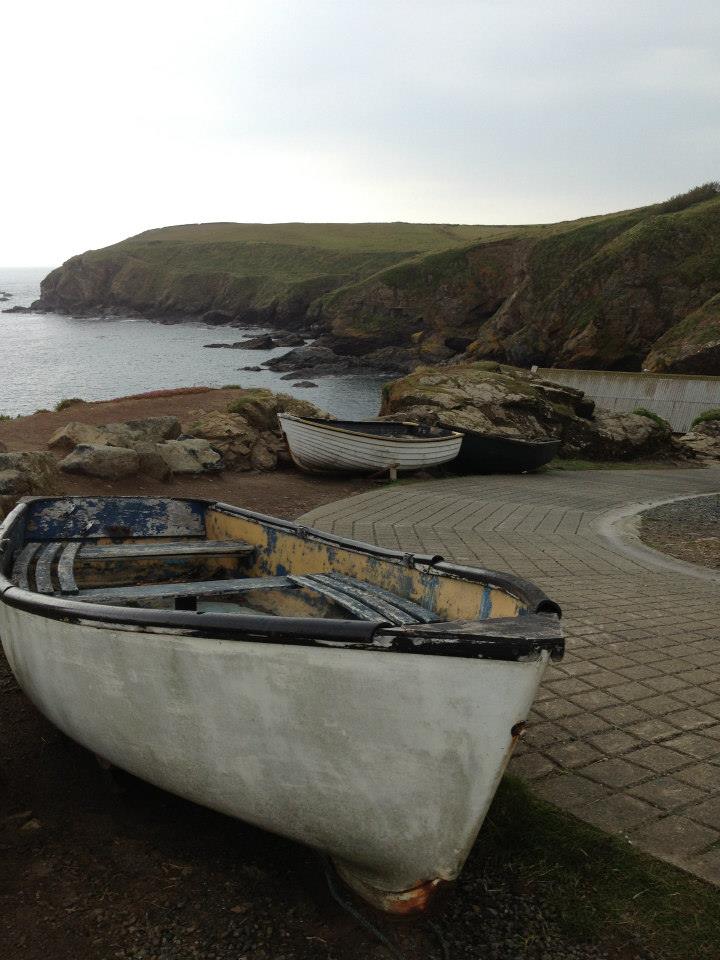 Located on the Lizard Peninsula, Lizard Point is the most southerly point of the English mainland. It can be reached with a half-mile hike from Lizard Village. This is a small village that is only serviced by bus. However, it is a great spot to soak up the view of the open ocean and to snap a picture to prove you have reached the southern tip of England. Lizard Village has some small restaurants and gift shops. The Point itself is beautiful with old boats and wild flowers blooming on the cliffsides. 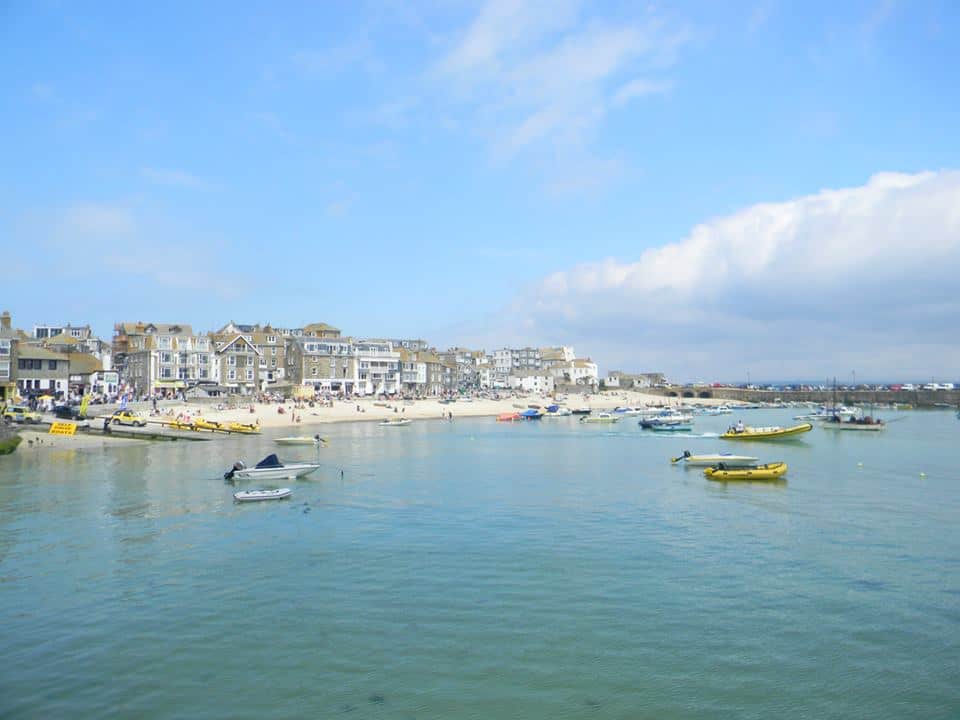 The town of St. Ives may be the biggest tourist trap of Cornwall, but it is for a good reason. When you first arrive in St. Ives, you feel as if you have been transported to a town in the Mediterranean. This small town has several beaches and a gorgeous bay filled with small boats. The town itself is charming with its old buildings and narrow streets. Two of the highlights of St. Ives were the Cornish pasties and a pebble beach perfect for sea glass. My fiancée and I enjoy shunting for sea glass while walking on the beach. This particular beach had so much sea glass we filled a five pound bag in an hour. 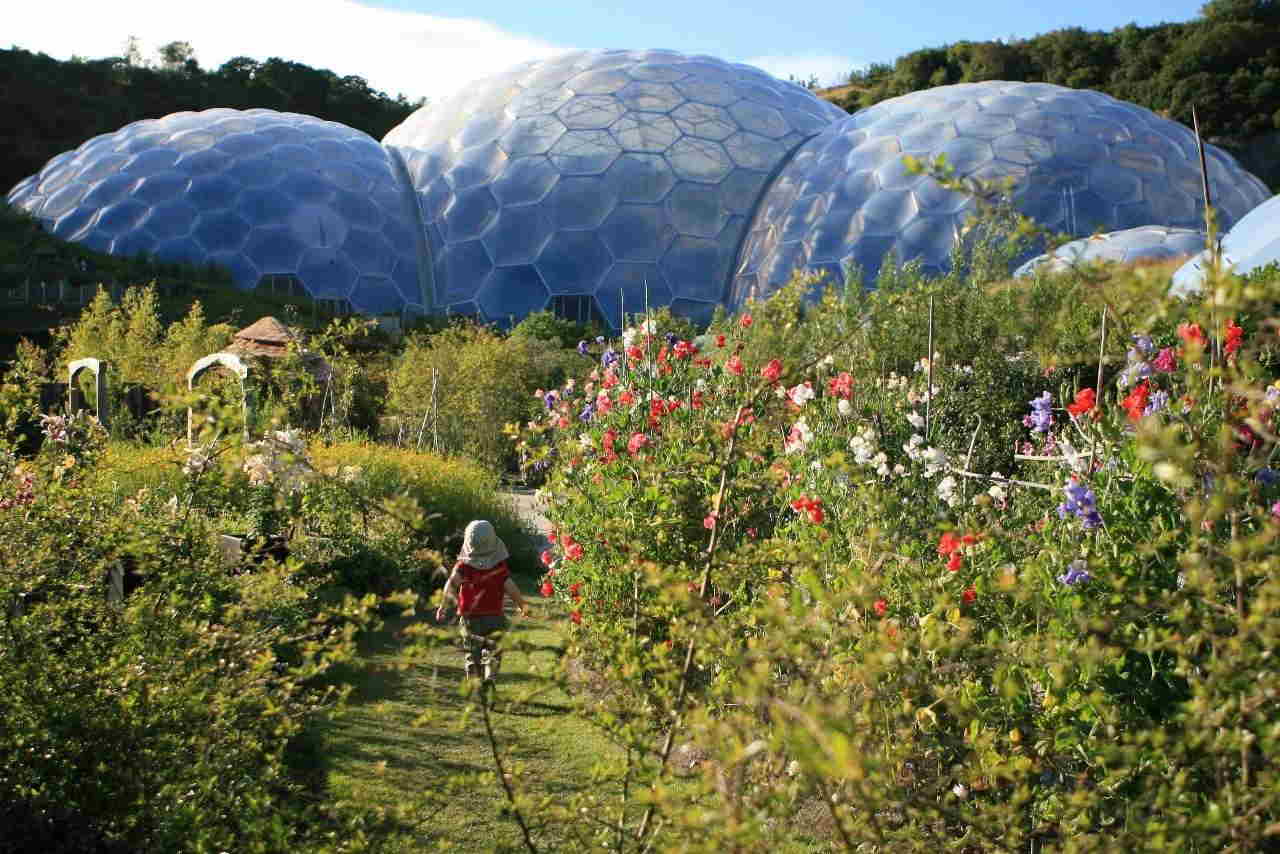 Unfortunately, I did not have a chance to make it to the Eden Project. That doesn’t mean it is not worth checking out. The Eden Project is a biodiversity conservation project with an emphasis on environmental education. The Eden Project’s main objective is to preserve and display thousands of plant species from around the world. The complex is made up of two large domes and several smaller domes. The two main biomes house a rainforest environment and a Mediterranean environment. Additionally, the facilities contain a geothermal power plant, wind turbines, and a native plant botanical garden. If you are in the market for a wedding venue, the Eden Project might be the perfect place for your special day. 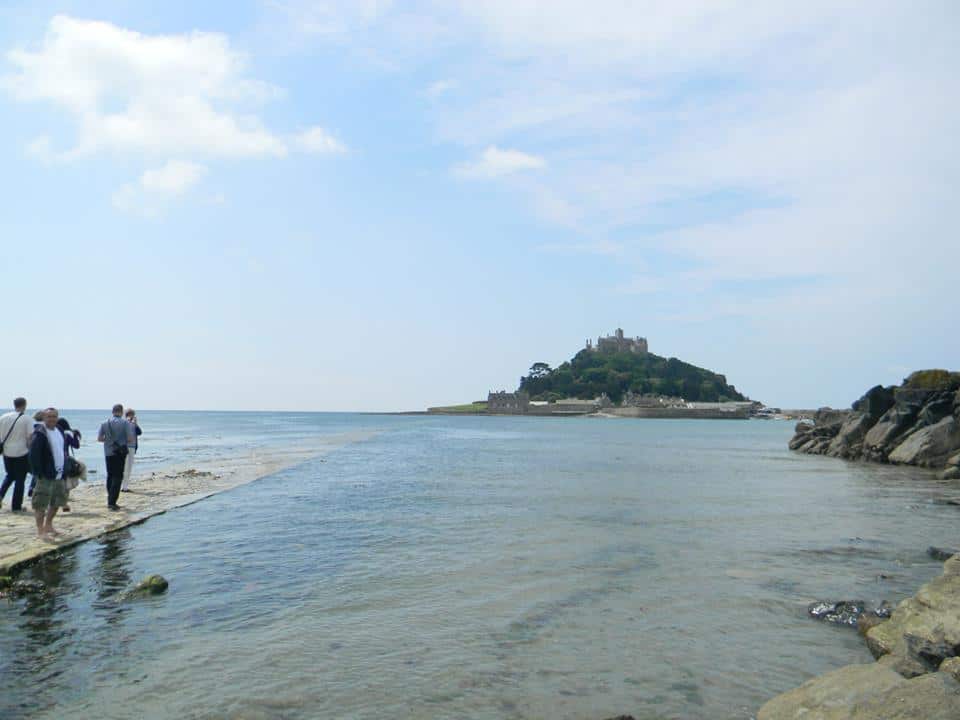 St. Michael’s Mount is located off of the southern coast of Cornwall. It is the Cornish counterpart to the Mont Saint-Michel in France. St. Michael’s Mount was built as a monastery in the 12th century, but became the site of many military skirmishes and occupations throughout England’s long history. It later became a small village and fortified military building during the Second World War. Now, it is a museum that is accessible to the public. The easiest way to get to the Mount is by train via Penzance and then a short bus ride to Marazion. There is a man-made causeway leading to the Mount, but this gets covered during high tide. During high tide there are boats taking people to and from St. Michael’s Mount. 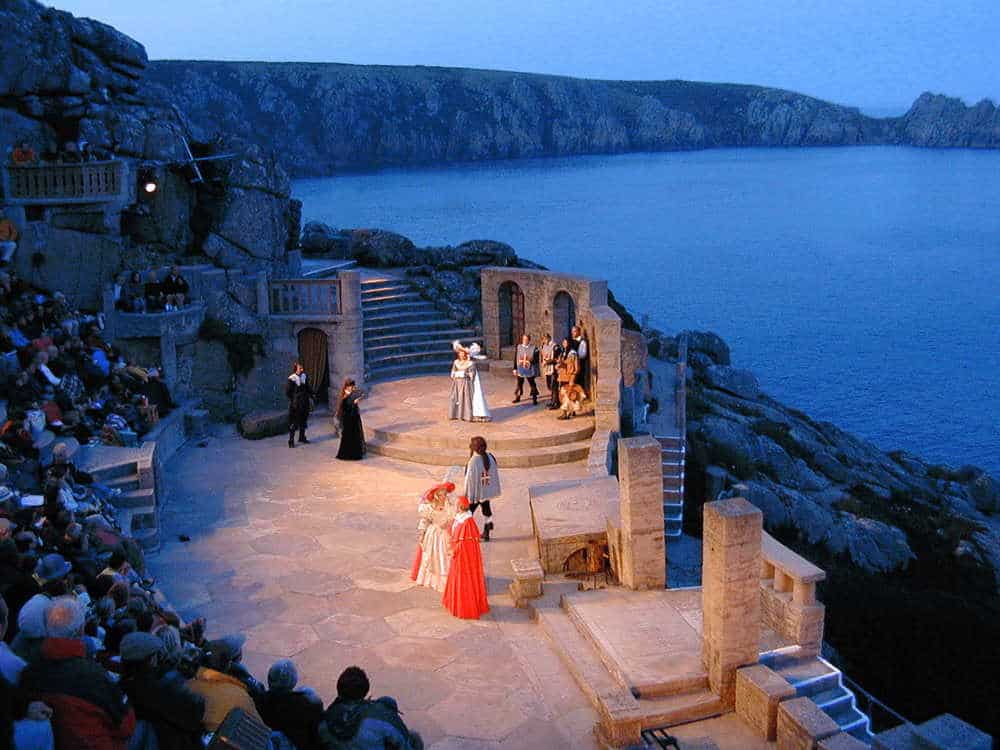 This open-air theater was opened in 1932 with a performance of Shakespeare’s The Tempest. It is considered one of the most spectacular theaters in the world due to its location. The Minack Theatre is located about four miles from Land’s End on a rocky outcrop by the ocean. This makes for a unique experience while enjoying a theatrical performance. The season runs from May to September each year, but visitors can tour the theater year-round.

These are just a few of the magical sites that make Cornwall a can’t-miss destination for your next travels abroad in England!

Buying a car in Costa Rica: Points to Consider

Nicaragua: Another World Within Our Own