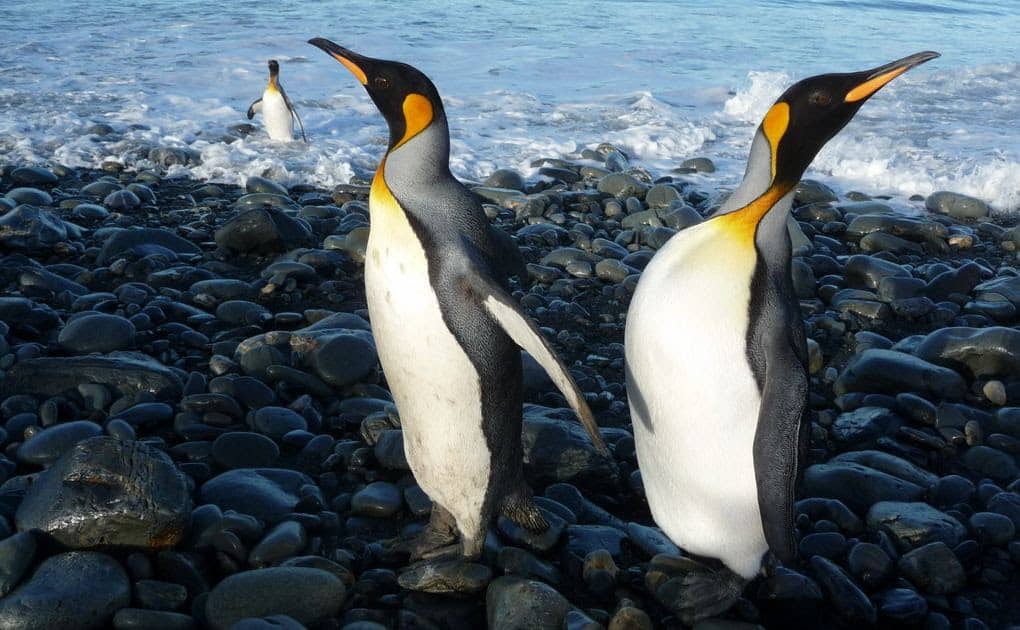 Wilhelmina Bay, Antarctica. This is a land of ice caps, gigantic glaciers, and frozen earth. The waters of the bay are filled with icebergs, chunks of glaciers calved off and fallen into the sea. In a couple of months, the bay will be frozen over with pack ice, but now nearing the end of the austral summer, it is teeming with life.

Penguin rookeries cover the patches of bare earth on the shore. Crabeater and Weddell seals are lounging on the bergs sunning themselves. A pod of humpback whales is slowly skimming the surface, scooping up massive mouthfuls of seawater containing hordes of krill, tiny shrimp upon which they feed. 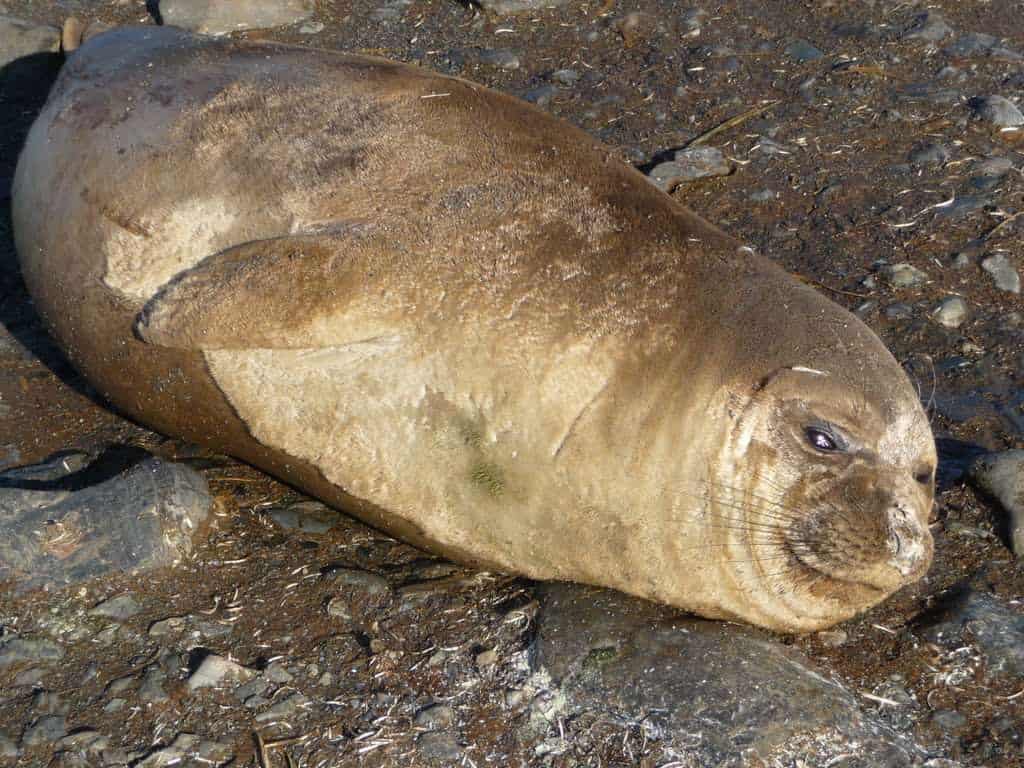 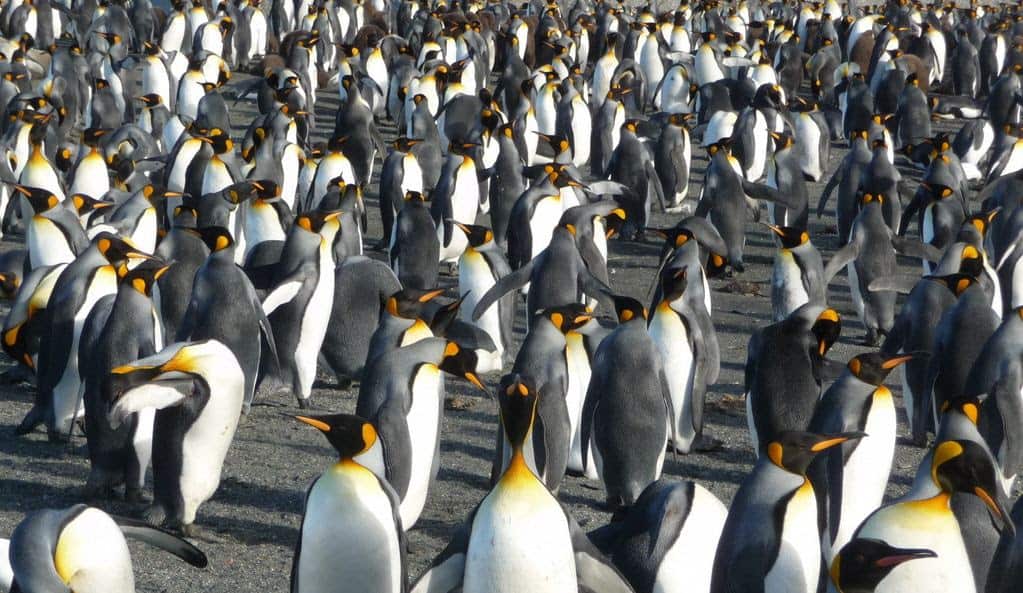 It is a wondrous world on a sunny summer’s day. Soon, however, the sun will vanish over the horizon and not reappear for months, plunging this world into a dark, lifeless, frozen hell. The Ice Ages still exist here, just as they do in the Arctic, where life blooms extravagantly in the northern summer, then vanishes with the sunless winter.

It is a world that seems alien, remote, and exotic to us. Yet, it is in this world that our species emerged from evolutionary history. Human beings are children of the Ice Ages – and we make a grave mistake to think we are no longer.

The retreat of the Ice Ages to the earth’s polar regions is only temporary. There is no reason whatsoever to believe that this current round of Ice Ages, known as the Pleistocene, is over.

To start, the Pleistocene is but the latest in a series of Ice Ages that go back three billion years.  The earliest, as far as geologists can determine, is the Archean, which lasted for about 100 million years (3.0 to 2.9bya, billion years ago).

This was followed by what geologists call the Early Proterozoic Ice Age, lasting 2.4 to 2.2bya, or 200 million years, during which temperatures dropped precipitously worldwide.

There seems to be no evidence for an ice age for the next 1.35 billion years. But then came the most horrific of all, the Late Proterozoic Ice Age from 850 to 550mya (million years ago), lasting 300 million years, during which glaciers at sea level reached almost to the equator.

The entire planet froze so extensively that this ice age has been nicknamed Snowball Earth.

200 million years later came the Permo-Carboniferous Ice Age, from 350 to 260mya. This was a time when all the earth’s continents had congealed into one super-continent called Pangea.

Glaciers covered a huge region of Pangea called Gondwana, which would break off from Pangea many millions of years later, then itself split apart into Africa, South America, Australia, Antarctica, and India, which would eventually crash into the Asian mainland.

Each of these ice ages lasted for enormous lengths of time, from 90 to 300 million years. They were all interspersed with warm periods called “interglacials,” during which temperatures would rise and ice recede. Interglacials never lasted long, though, and soon the temps would drop and the ice would come back.

After the Permo-Carboniferous Ice Age ended some 260mya, the earth steadily warmed up – so much so that by 55mya, Ellesmere Island, the northernmost island in Canada only 600 miles from the North Pole, had a climate like Florida’s today, with ferns and palm trees, and turtles and crocodiles in numerous lakes and rivers.

Ever since 55mya, however, there has been a persistent decrease in ocean temperatures (as measured by oxygen isotope ratios in shells found in oceanographic sediment cores), including a series of sharp decreases starting at the onset of the Pleistocene Ice Age.

In other words, the Earth has been progressively cooling for the last 50+ million years.

“Pleistocene” is a geologist’s neologism from Greek meaning “most new,” or newest ice age.  Beginning some 2.5mya, it is the resumption of that series of ice ages beginning with the Archean 3bya. That 2.5mya start date of the Pleistocene means it has just begun, and has tens, possibly hundreds, of millions of years to go.

In the last million years, there have been 7 glacial cycles during which ice sheets miles thick advanced over much of the Northern Hemisphere to reach a maximum. The times of each maximum of ice advance are separated by an average of 100,000 years. Within that 100,000 years is an interglacial warm period lasting on average 10 to 20,000 years, as shown by ice cores taken in Antarctica and Greenland.

As the last glacial maximum ended 20,000 years ago, we are currently living in a Pleistocene Interglacial – which is already longer than any previous interglacial in the ice core record.

By the time of the last glacial maximum 20kya (thousand years ago), 3% of the present volume of all our oceans had been transferred to the land by evaporation, with the water vapor condensing as snow over North America, Europe, and Asia, accumulating into continent-wide massive ice sheets miles thick. The oceans then were 400 feet lower than today.

Mankind not only survived the Pleistocene Ice Ages, he thrived. Indeed, they made him human.  The hominids of East Africa, such as Australopithecus, had remained stable for several million years until the onset of the Pleistocene. Then, as it got colder and drier, and the forests became grasslands, our hominid predecessors’ brains got bigger. By 1.8mya, Homo erectus was making tools and fire, while the Australopitheci were extinct.

By the time we were Homo sapiens, acquired language, and made our break out of Africa around 60kya, it was in the teeth of the last Pleistocene Ice Age – and our ancestors, such as Cro-Magnon people in Europe, flourished. When the Ice Age ended and the glaciers across Europe retreated about 15kya, people began settling in villages and gathering, if not growing, grains. Then disaster struck.

12,800 years ago, the global climate suddenly changed for the worse. Within a few decades, one person’s lifetime, global temperatures dropped up to 12ᵒF. All the villages and sedentary life vanished, as people retreated into southern Europe. Suddenly, 1,200 years later, the cold ended as abruptly as it began, within a person’s lifetime, 11,600 years ago.

Paleontologists call this 12 centuries of cold the “Younger Dryas,” and there’s no consensus on what caused it. We were poised to create agriculture-based civilization and the Younger Dryas stopped us in our tracks.

It would take a couple of millennia to begin to recover, with settlements, growing crops, and raising animals emerging 9,000 years ago in what is now southwestern Turkey at the top of what was to become the Fertile Crescent.

It would take 2 more millennia for the first city to emerge – Eridu, on the lower Euphrates near its confluence with the Tigris in southern Mesopotamia around 5,000 BC, and the first civilization to emerge, that of Sumer.

We call the time after the fall of Rome the Dark Ages, which most folks think ended with the Renaissance in the mid-1400s. The Dark Ages actually ended and the Renaissance began hundreds of years earlier, thanks to three centuries of exceptionally benign weather known as the Medieval Warm Period (1000-1300 AD).

Vineyards flourished in England, infuriating the French who thought they had a monopoly on wine. Greenland was so green around the southern edges that the Vikings established large settlements.

Crops were abundant, peasants rarely went hungry, there was so much prosperity that kings could afford Crusades to recapture Christianity’s Holy Land from Moslems who had stolen it.

Wealthy patrons could finance the construction of the most magnificent and expensive buildings the world had ever seen – Gothic Cathedrals such as in Chartres or Rheims that leave us awestruck to this day.

Suddenly, right around the year 1300, this all came to a halt as temperatures fell off a cliff.  Crops failed, people and livestock succumbed to hunger and disease, kingdoms succumbed to anarchy. By the 1320s, countless villages throughout Europe had been abandoned. Constant storms wiped out so much agricultural land that in many places in Europe, the population was cut in half.

When the Black Death of bubonic plague hit in 1380, millions of people, weakened by hunger and crowded into towns begging for food, died. England and France fought so endlessly, the struggle was called the 100 Years’ War (actually, it lasted from 1337-1453).

This climate disaster has since been dubbed the Little Ice Age. It lasted 550 years – 1300 to 1850 – almost half as long as the Younger Dryas. Like previous times, it was interspersed with periods of warm weather that never lasted long and would start and stop suddenly.

The coldest period was between 1600 and 1800, during which there were times that glaciers in Switzerland were advancing daily as far as one could fire a musket shot.

Yet, the Little Ice Age did not prevent the Renaissance – it only postponed it. Just like Cro-Magnons created mankind’s first culture – the artistic genius of cave art at Altamira, Lascaux, and Chauvet – in the teeth of the Pleistocene Ice Age, so the greatest artistic genius in human history – e.g., Michelangelo, Leonardo, and Raphael – bloomed in the Little Ice Age.

The Little Ice Age witnessed the Age of Exploration, with the indomitable courage of men like Da Gama, Columbus, and Cortez spreading Western Civilization across the globe.

It witnessed the Age of Science, with men like Newton explaining the creation of Providence through immutable physical laws.

It witnessed the greatest act of political genius in history, the creation of America by Washington, Jefferson, Franklin, and their Founder colleagues.

There is so much more that was achieved during the Little Ice Age – the Industrial Revolution, for example – that it stands as a stunning triumph of the human spirit, of what we are capable of in the face of adversity.

We need to recall this spirit more than ever today. For the stark reality is that the Earth is still in the Pleistocene Ice Ages.

They haven’t ended. We are merely in one of its many interglacials – and at the tail end of one at that. 75% of all the freshwater on our planet is locked up today in glaciers. Our fear should not be that the earth could burn up, but that it could freeze – and fast.

As we have seen and the geological record shows repeatedly, pleasantly benign warm spells like the one we are enjoying now can end virtually overnight.

Be assured that our current interglacial will end and The Cold will return – the only question is when. There is no way, with our current technology, to prevent this[i].

Thus, we all need to grasp that we humans are children of the Ice Ages. We were created during them, created to conquer their adversity. The challenges our predecessors faced tens of thousands of years ago make ours of today utterly trivial by comparison.

We are a heroic species. Providence does not expect us to forget this. There will always be challenges, and we are expected to overcome them. If we live up to ourselves as human beings, we shall.

[i]  The causes of ice ages, or of global cold snaps like the Little Ice Age, are astronomical and do not lie here on earth. Centuries-long cold snaps are caused by the lack of the Sun’s magnetic activity shielding Earth from cosmic rays causing cooling high-altitude cloud cover.  Millennia-long ice ages are triggered by certain alignments of Milankovitch Cycles (after Milutin Milankovitch, 1879-1958, the Serbia mathematician who identified them). The cycles are that of 1) the 100,000-year cycle of maximum eccentricity in the earth’s orbit when it is most elliptical; 2) the 41,000-year cycle of change in the tilt of the earth’s rotation axis; 3) the 26,000-year cycle of the wobble of the earth’s rotation axis. These are caused by gravitational tugs upon the earth by the sun, the moon, and Jupiter and other planets.