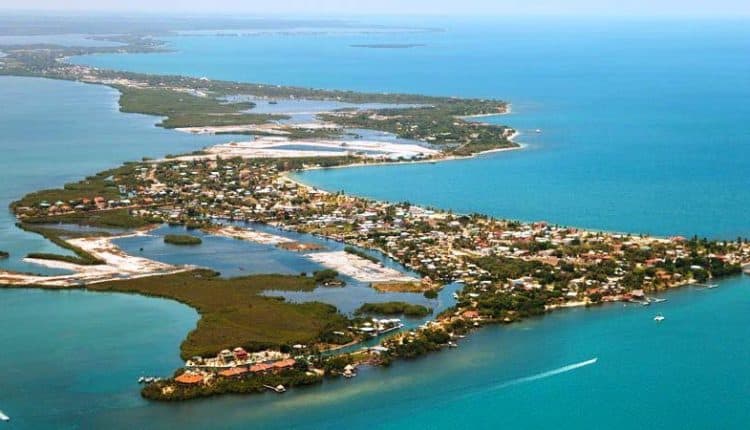 If you’re looking for the best islands for retired expats on a budget, this post is for you. Let’s face it, America has a rent and living expense problem. Before the norm was to find a comfy job, work there for a number of years, retire, buy a house, pass it on to your children, and find a nice place to spend your remaining years with your spouse. Now, many Americans are looking for something different… to retire abroad… to find the best islands to retire.

The average pension that an American retiree gets in 2018 is close to $2,600 a month, which is not enough to cover a month’s rent in a city like San Diego. Much less to provide for yourself and your spouse after your retirement.  Thus, many adventurous expats are moving out of the United States and to a variety of islands.

For this reason, many Americans are looking at other countries to retire to. For a quarter of what you would have to pay to live in the United States, you could have a lavish lifestyle on a gorgeous island in the Caribbean, Europe, or Mexico. Here are some of the best island that an American retiree can choose to retire to.

This small European country might not be the first thing that comes to mind when you think about a tropical island, but Cyprus is one of the most breathtaking places in Europe. With a mixture of Greek and European influences, Cyprus is truly something you have to see to believe. The average rent in Cyprus is about $2,000 a month for an apartment near the coastline, much cheaper than any other European beach city or a city in California. Cyprus also has one of the easiest immigration systems to navigate to so becoming a resident of the island and obtaining a second passport is fairly easy. Also, much of the population speaks English so you won’t be too homesick while you are enjoying your remaining years.

Mexico is one of the cheapest options for an American to retire to. The dollar has been increasingly strong for the past few years making Mexico a very good choice for your retirement. There are many islands in Mexico that will leave you amazed by their beauty and overall tranquility, but the islands around Cancun are the most popular.

Specifically, Islas Mujeres is the top islands destination in Mexico. Cancun has been a prime vacationing and retiring destination for many Americans for a number of years and because of this many businesses cater to the American traveler or retiree. The proximity that Cancun has with the United States is also a major advantage as flights between both countries are often affordable and practical.

If you are looking for a place that combines Eastern culture with a cheap cost of living, consider southern Thailand. American retirees are surprised by how cheap buying a home is in Thailand. For $100,000 dollars you can be a lavish house on the shoreline with all of the amenities necessary for living comfortably. The South of Thailand is perfect if you just wish to get away and enjoy your remaining years eating incredible food and exploring the marvelous and unique Asian country of Thailand.

Belize is an amazing Caribbean nation bordering Mexico and one of most beautiful hidden gems the world has to offer. The tropical jungles and sandy beaches that you will find in Belize are not known by many foreigners.

Belize is close to the United States, but it still maintains that tropical feel that most retirees desire. The dollar is the official currency of Belize and English is the official language so you will feel right at home. Living in a community of Expats, which are prominent in the country, is the best way to enjoy and retire in Belize.

As for islands, we recommend Ambergris Caye, Belize. Life on the island is laid back and far from the “issues” in Belize City. I’ve spent many weeks in Ambergris Caye and it’s my top escape destination.

Malta is unbelievably beautiful, which I attribute tot he lack of tourists. You can enjoy your time here without so many flipflop wearing Americans. Plus, citizenship in Malta gets you access to all of the European Union and the Schengen Region.

A tropical paradise located in the United States. That’s right, you don’t need to have a passport or any other due diligence to retire in Puerto Rico. Puerto Rico offers some of the most beautiful beaches of the Caribbean and is a perfect retirement spot as many Americans are already living in the island. The unique blend of Caribbean traditions with American culture is something that you won’t see in any other place in the world. Low cost (especially outside of San Juan), breathtaking, and calm, you will love this American treasure.

I hope you’ve found this article on the best islands for retired expats. For more information, or for assistance with any residency or second passport program, please contact us below by filling out the form, Thank you.