An Explosion of Color on the Amador Causeway - Escape Artist 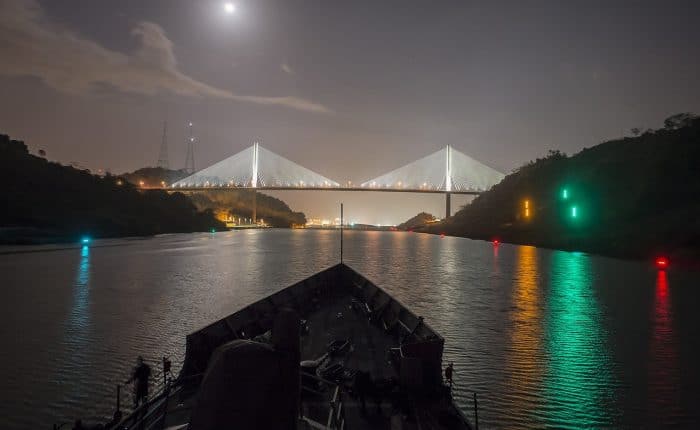 After over 10 years of construction, several delays and a cost of more than $93 million dollars, Panama’s Biomuseo will finally open its doors to the public….. soon!

Biomuseo is located on the Amador Causeway at the Pacific mouth of the Panama Canal. It overlooks the Bay of Panama and is visible to all ships that pass through the canal. The museum’s “psychedelic” design was created by famed architect Frank Gehry, whose wife is Panamanian.

Biomuseo is Gehry’s first project in Latin America. The building immediately catches your eye as it comes into view, with eclectic collages of shape and color and overlapping canopies. Its bright array of colors and shapes are said to represent the plumage of tropical birds and the diversity of life found in Panama.

Panama rose from the sea and bridged North and South America around three million years ago, allowing for massive migrations of species between the two continents. Although “The Bridge of Life” initially separated the Atlantic and Pacific Oceans, allowing for each coast to develop its own ecology, those bodies of water have now been reconnected via the Panama Canal.

Biomuseo relates the story of how Panama’s evolution has changed the world. According to one of the museum’s coordinators, Dan Montanez, the museum provides clear examples of how small changes can potentially have a huge impact on the big picture. It traces Panama’s natural history in light of the connections created and then broken, and attempts to show the effects and consequences of those changes.

Inside the museum there are eight galleries, including rainforest-like gardens and biospheres designed by Canadian Bruce Mau in conjunction with scientists from The Smithsonian Institution and the University of Panama. Located in an epicenter of biodiversity, Panama’s Biomuseo tells compelling stories about the wonders of nature and the inherent duty that we all have to safeguard them.

Biomuseo is a work of art and ecological importance that is destined to become a major tourist attraction for visitors to Panama City. Keeping our fingers crossed that opening day will arrive at last this January, 2014!

Your Parents Were Wrong: Money Does Grow on Trees – Understanding Timberland