5 Reasons Your Business Should Expand to Germany - Escape Artist 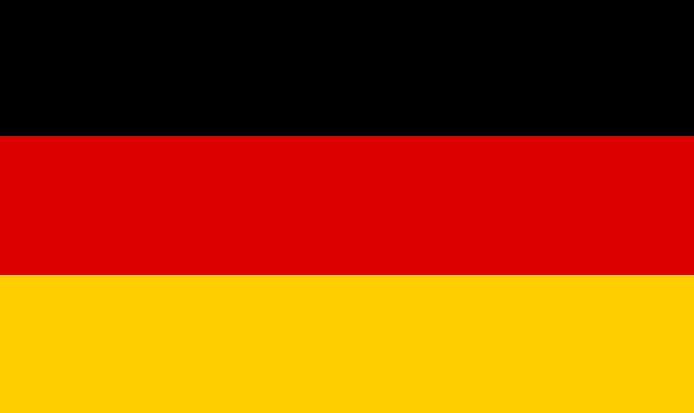 The recent tensions between President Trump and German Chancellor Angela Merkel have brought Germany’s position under scrutiny. America’s contention is that Germany is doing too well and not reinvesting enough of its reserves in international, as well as domestic, commitments. While this may be true, it reflects well on the state of the world’s fourth-largest economy.

For businesses looking to establish an international presence, there can be few more tempting locations than Germany. It is both physically and legislatively at the heart of the EU and has become increasingly self-sufficient, with an enormous trade surplus. In a time of global instability, Germany is about the surest bet you’ll find for setting up a company outside of the U.S.

Outside of China, Germany is perhaps the best renowned country for its manufacturing capabilities. The country’s “Mittelstand” (middle tier) of family-owned businesses comprise 96% of all businesses in the country. Many of them are dedicated to the precision engineering and manufacture of individual components, with Germany’s famous car companies sourcing many of their parts from local distributors.

If your business relies on cheaper, mass-produced imports, this may not make much difference. But for those looking to set up an overseas business with a research and production bent, or to source high quality parts for a more artisanal product, there are few better places to build connections. You’ll also benefit from the prestige of being there, as the “Made in Germany” hallmark is now considered the most trusted in the world for consumer goods.

All of this prowess puts Germany at the forefront of the new Industrial revolution, dubbed “Industrie 4.0.” This will involve a transfer to more automated factories, making machines “smarter” and allowing factories to function practically independently. It will also involve forming new supply chains, with German tech companies creating the software that goes into cars and other products.

Germany’s prospects are distilled down in the various confidence rankings, and they all look extremely positive. The Ifo’s business confidence ratings hit their highest point since surveys started in 1991, shortly after the reunification of the country. Manufacturing PMI meanwhile rose to 59.5 in May 2017, the highest level since record figures in 2011.

Consumer confidence is also up. The GfK Consumer Climate Indicator is expected to rise to 10.8 for August 2017; this is the highest level since 2001, a record that’s been broken several times this year. This was boosted by rising expectations of wage growth – a key issue in an often spendthrift country – and arrives on the back of concerns about U.S. protectionism. Even the standoffish nature of one of Germany’s key trading partners seems unable to stifle positive economic sentiments.

It would have been hard to predict even a few years ago, with the issues in Greece or Spain, but the Eurozone is on the up and up. After some years of imbalance, countries are recovering from the effects of the financial crisis and beginning to phase out austere economic policies. The euro currency is thriving as a result, and it will be Germany that masterminds further reforms.

This government minisite lists many of the loans and subsidies new businesses can apply for in Germany, including the EXIST grant for innovative technologies. None of this is to mention funds available on the macro level, either, with EU programs such as Horizon 2020 offering billions in funding to eligible businesses.

Locating your business in the EU confers one particular advantage: freedom of movement. This means that you can advertise for employees across the continent, without having to worry about securing a visa for EU citizens. With different countries often having different educational specialties, as well as significant variation in demographics, you’ll have access to an almost unrivaled pool of labor.

This is further enhanced by Germany’s own visa laws. Employing people from outside the EU is significantly easier than in many other EU nations. Rather than relying on strictly moderated “high skilled” visas, Germany allows businesses to sponsor employees in return for fast-tracked residency. While unemployment in Germany is extremely low, it continues to benefit from an influx of refugees, many of whom have left degrees or businesses behind and are highly open to retraining.

Germany has been traditionally seen as a hub for physical products and skills, but this is changing rapidly. The development of Berlin as a tech hub has seen an area dubbed “Silicon Allee” become one of the hottest properties in Europe. Rent is cheap compared to other European capitals, a majority of people speak English, and the diversity of the city lends itself to creativity and invention. Extra housing is being built to accommodate this demand, and lawmakers are looking at business reforms which would make the process of starting a small business even easier.

Other sectors are reaping the rewards of German success, too. The government “Energiewende” initiative has led large energy companies like EON to focus on renewables and battery technologies, with positive results: the German energy storage market is predicted to reach $1 billion in value by 2021. The consumer goods market is growing at its fastest rate since the 90s, as Germans benefit from growing interest rates, while recruitment and training have experienced a surge following the arrival of over a million refugees.

Open A European Company.com founder Heather Landau has honed her skills in service advisory from the pragmatic to the practical. Having spent 25 years in international marketing and business development, Heather has abundant experience in company formation in Germany, and has helped businesses get started all across the world.