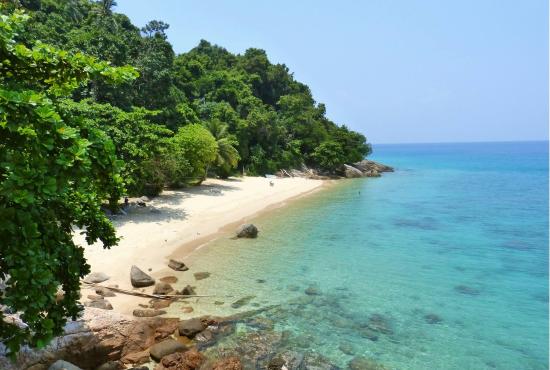 Forbes has ranked Manuel Antonio National Park as one of “the world’s most beautiful national parks”.  It is also one of the most popular national parks within Costa Rica.  The 26 national parks and 13 additional “protected areas” within Costa Rica encompass primary and secondary rainforests, cloud forests, tropical dry forests, marine environments and wetlands.  They cover over 26% of Costa Rica’s landmass according to the SINAC website, making the country a world leader in conserved land mass.

Working in conjunction with the many national parks, investors have established private reserves in order to assist in maintaining the biological corridors surrounding the many protected areas.  According at the Watershed Markets organization website- “A combination of political leadership and the continuous evolution of forestry sector laws since the 1960s (forest cover decreased from 72% in 1950 to 26% in 1983.  By 2002, it had recovered to 45%). During the mid-1990s Costa Rica, faced with the Structural Adjustment Programmes (SAPs) of the World Bank, was forced to withdraw the generous subsidies it had offered landowners for reforestation. This led the forestry lobby to search for other financing means, which in turn prompted the strong environmental movement.”

This PES Program has benefited more than 7,000 land owners, and thus recaptured 26% of Costa Rica’s land-mass-to-forest-cover from 1987 to 2000.  Privately owned conservation projects have allowed tourists and locals to intimately experience the flora and fauna of Costa Rica.

What this means for property owners is that through their dedication of land for conservation to the FONOFIFO program, they will be rewarded with funds to maintain this natural and undisturbed beauty.  Some owners use these private preserves for biodiversity education and research, while others establish retreats that are open to the public.

If you are interested in getting back to nature and being your own “steward of the land”, look into the conservation of private land covering large acreage.  This is an investment that can be used as a means of living, while giving your investment a meaning worth living for.

Why You Should Invest in Costa Rica

7 Tips for Investing in Real Estate in Costa Rica