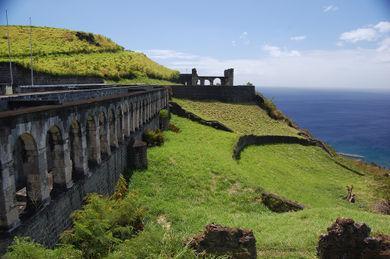 February 1st begins History and Heritage month for St. Kitts and Nevis, a small island nation consisting of two islands between the Atlantic Ocean and the Caribbean Sea, known for its mountains and beaches. Once with an economy run by sugar, St. Kitts is now a tourist destination. One of St. Kitts’ main attractions is its laid back lifestyle, making it a relaxing destination for a vacation. At only 18 miles long, travel on the island is easy. A tour of the island, beginning at the capital, Basseterre, is a common activity. Taking a ride on the St. Kitts Scenic Railway is another relaxing activity tourists are known to enjoy. Other attractions include hiking Mount Liamuiga, the highest peak of the nation, eating at the Reggae Beach Restaurant, and enjoying wonderful island and sea views at Brimstone Hill Fortress. Both St. Kitts and Nevis pride themselves in rich Caribbean history. 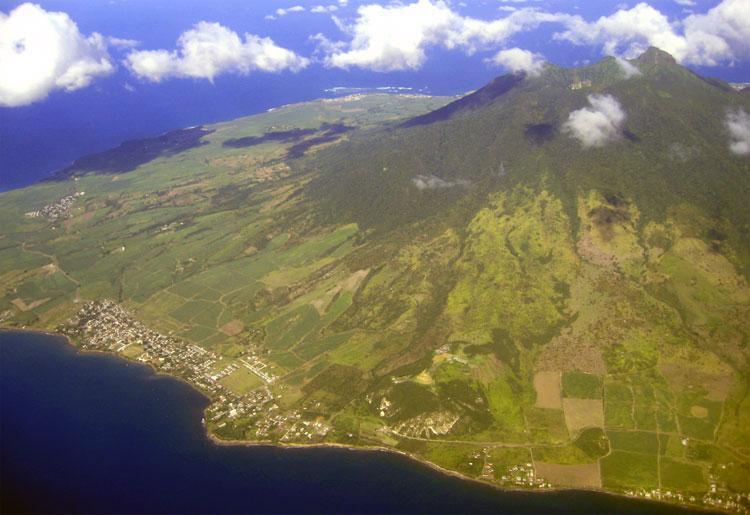 Starting in 2006, the Nevis Historical and Conservation Society, in partnership with Brimstone Hill Fortress National Park Society and St. Christopher National Trust, hosts various activities to celebrate the nation’s history. Every year the festivities correspond with a theme. In recognition of the 50th Anniversary of Statehood of the country, which falls within the month, 2017’s theme is “Statehood: A Milestone of Freedom,” celebrating February 27, 1967, when St. Kitts-Nevis-Anguilla became an associated state of Britain.

Activities planned for the month include church services and lectures on both Nevis and St. Kitts. On Nevis, there is an exhibition depicting the St. Kitts and Nevis statehood at the Nelson Museum, and an essay contest challenging citizens to answer the question “History Matters: Do you agree?” Radio quiz shows are planned for primary schools and adults, and “Heritage Wear Day” encourages employees and students to wear national clothing.  St. Kitts will be holding a cultural fair and the Primary Schools Quiz Finals on March 2nd. The final event is an Evening of Art on March 5th. One annual event that many seem to enjoy is the Heritage Hike that takes place from Brimstone Hill to Charles Fort this year.

This month’s festivities commenced with a beautiful address by the Premier of Nevis, Hon. Vance Amory, in Charlestown on Nevis. He speaks on the “both colorful and intriguing” history of the nation. Within the past 200 years, the dual island nation has experienced many shifts. In 1816, they consolidated with Anguilla and the British Virgin Islands into a single British colony. Then in 1871, the islands were incorporated into the Leeward Island Federation, later becoming a member of the West Indian Federation in 1958 that separated in 1962. Statehood was finally achieved in 1967. Amory marks the Anniversary of Statehood as the first step to independence and self determination. The country did not gain full independence until September 19, 1983, though it remains a member of the British Commonwealth under Queen Elizabeth II. 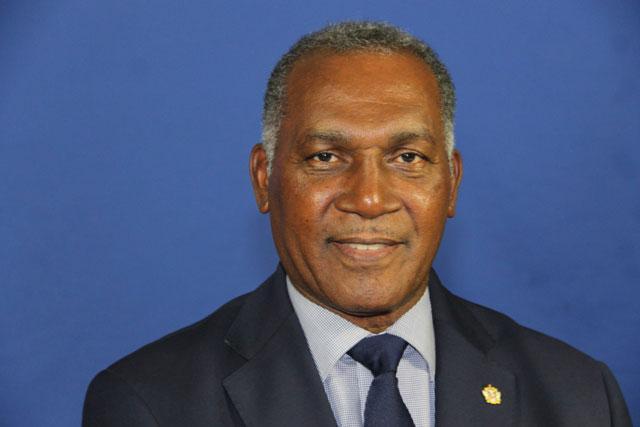 The history of the islands goes even farther than was mentioned by Premier Amory. It is said that Christopher Columbus found St. Kitts in 1493 when it was inhabited by the Kalinago people. Later, in 1538, French Huguenots made a settlement on the island, followed by English and French settlements in 1623. The Kalinago people were almost completely wiped out by the Anglo-French settlers by 1626. Nevis was colonized by the English in 1628, becoming the hub of English and French expansion at the time. After much fighting between the French and English, the islands were finally given up to the English in 1713.

The Premier states that the citizens should never forget the struggle for political freedom and never take the freedom for granted. They “should be guarded with diligence,” setting a good example for future generations. He quotes an old Chinese proverb saying, “When drinking water, remember its source,” illustrating the importance of showing gratitude.

The citizens of St. Kitts and Nevis have a rich history and heritage to observe, and they take pride in their freedom. This young nation looks forward to its future, after the many hardships of its not-so-distant past.