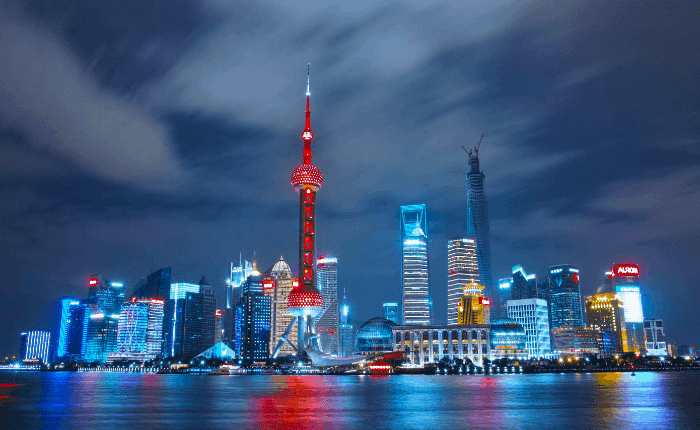 A few decades ago, no one could have imagined that China would rise to power the way it has. And today, no one can challenge China’s superior position in the economic landscape.

Based on the Nominal GDP, China is the second largest economy in the world with $14.3 trillion. According to experts, China will surpass the USA in Nominal GDP in less than 15 years. According to IMF, the current U.S.-China trade war will have no effect on the Chinese economy and it’s projected to grow by 6.3% in2019.  So the question is, What does the rise of China bode for Global Finance.

China’s growth potential isn’t surprising because its population is four times more than theU.S.A’s, which means it has a bigger workforce and hence, more production power. It exports more than it imports so it has a trade surplus of $26.21 billion which is a great indicator to predict economic health.

A Look Back into the History of the Chinese Economy.

What makes China an interesting case is the pace at which its economy has grown in comparison to countries that are more than a century old. For around 40 years, China kept its economy isolated from foreign trade until 1979 when it introduced free-market reforms.

A year earlier, China shifted the focus from agriculture to industrialization which was a defining moment in reshaping its economy. The Chinese government launched the Chinese Foreign Equity Joint Ventures Law that welcomed foreign capital in the country and created Special Economic Zones to interact with foreign investors. This boosted the economy through mass-exportation of goods and led the government to restructure the taxation, banking industry and trade policies.

The economy grew at 9% between 1979 and 1990 and increased to 10.4% between 1990 and 2010. These reforms helped China establish itself as a major exporter in the world and gain its membership to the World Trade Organization despite pressures from The European Union, the U.S. and Japan.

During the Great Recession of 2007-2008, China’s exports fell by 18% and 23 million workers lost their jobs but the Chinese government responded immediately by investing millions of dollars to different sectors that stabilized the economy and decreased the unemployment rate.

China on the Global Economy’s Map

China’s total international trade value is $4.1 trillion i.e. 12.4% of total global trade which makes it the largest trader in the world. It exports goods for around $2.26 trillion and import goods for $1.84 trillion so in a way the world relies more on China than China relies on the world. As we see how China influences the global economy, strengthening of the Chinese economy will automatically affect the health of world’s economy whereas an economic crisis in China will have its ripple effects all over the world.

Due to its rapid economic and social development and affordable labour, the stakes of foreign investors in China are also very high. A number of foreign companies choose to establish their subsidiaries and invest in Chinese companies. In April 2019, the Foreign Direct Investment in China increased by $451 HML reaching an all-time high.

When two of the biggest economies in the world declare a trade war on each other, the whole world keeps a close watch on it because it’s highly likely that its effects will spill-over to most of the countries. In a recent statement, the Trump Administration made it clear that the trade-war is an attempt to hamper the Chinese economy to benefit the U.S.A because it’ll lead to Americans buying less Chinese products increasing the domestic industry. But this strategy can hurt the global markets and damage foreign relations between both countries forever.

If the trade war continues, China’s relations with other countries will be at risk especially with the U.S.A’s allies like Germany, Japan, and South Korea who have substantial investment and trade links with China. The U.S.A imposed $250 billion tariffs on China, half of which are on electronics and machinery. Foreign firms produce more than half of electronics and machinery in China and if the war continues, these firms will face serious economic threats indirectly affecting their home countries’ economies.

As a reaction to the trade war, the global stock market has already shown signs of collapse. The Asian stocks are performing poorly, Japan’s Nikkei fell by 0.29% and the European Index fell by 1.2% and it’s predicted that the trade-war will cost the global economy a whopping $600 billion. There are no chances of this trade war to end, at least, not in near future and if that’s the case, the global economy is on the risk of the crisis that has been lingering from a few years.

The Belt and Road Initiative adopted by the Chinese government involves the development of infrastructure and investments in 152 countries and international organizations in Europe, Asia, Middles East, Africa, and the Americas. The project will not only increase China’s power in the global economy but uplift the economies of all the countries involved in it by strengthening the regional connectivity. The slowing Chinese economy due to its trade war on the U.S. has put pressure on the government to expand their markets for consumers and investors. And given the track records of China in addressing the economic crisis, the growth of the Chinese economy is expected to increase hence creating new opportunities for the global economy.

How to Get Residency in Uruguay