The Value of Growing Up Abroad - Escape Artist 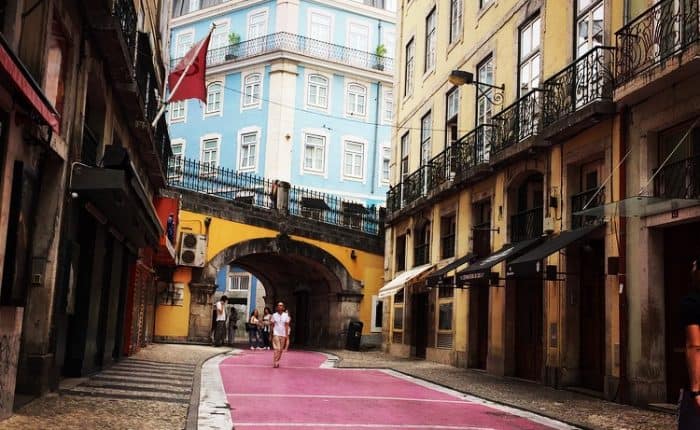 The feeling of anxiety that arises in me when someone asks the question, “Where are you from?” is one that I wouldn’t trade for anything in the world. In short, I am American. At least according to the navy blue passport in my purse I am. However, that is never a sufficient answer for Americans, because the questions that follow include “which state,” and then “which town” – questions I am unfortunately unable to answer. The point here is that things become quite confusing quite quickly, and all before getting into the whole ethnicity side of things.

For the majority of my life, I was welcomed home from summer holidays by a gust of hot wind and a row of multicolored taxis waiting to take me back to my family’s apartment in the heart of Bangkok, Thailand. My primary school field trips took me to the historic ruins of Ayutthaya and educated my young mind about the nation’s regal history. My weekends were occupied by visits to the floating market; a body of water littered with hundreds of little canoes selling farm-fresh produce.

International School morphed me and my peers into a generation of multi-lingual, culturally aware, and curious humans. To put this into context, my best friend is Swiss, Italian, and Chinese-American; she attends university in Holland, and we haven’t seen each other in two years. As we got older and the public transportation industry blossomed, so did our independence. We were no longer confined to the care of our drivers, because the brand-spanking-new sky trains and subways were at our service. Political corruption and capitalist greed permitted a total disregard for the drinking age, and by fourteen-years-old, the city became our playground.

School sporting events were often a plane ride and a small time difference away – the teams I was on regularly competed in Singapore and Indonesia, providing me with a more holistic outlook on Southeast Asian culture. The King of Thailand is currently the world’s longest reigning monarch, an accomplishment that the Thai people are immensely proud of. Because respect is such a dominant part of Asian culture, there really is no escaping it, especially if the country you’re in has a monarchy. There is no need to venture as far out as the breathtaking temples of Thailand to find acts of respect, because they are literally everywhere you go.

At the beginning of each school day, the anthem would play as the Thai flag was being raise. Everyone, no matter how late to school they had arrived, would stop in their tracks to watch it ascend. Every time we went to a movie or theater performance we knew not to get too comfortable in our seats, because the King’s anthem (which I subconsciously know all of the words to without ever having actually learned them) was going to play.

Graduating from international school prepares you for a lot of things, such as in-depth discussions about the causes of the Cold War, in a few different languages. However, it also leaves you with an awkward accent that may sound American at first, until you’re caught pronouncing “status” with a hard “A” sound. More questions, of course.

Despite being quite the chore to explain, growing up in a culture that has its roots in respect and acceptance taught me invaluable lessons, and if you have the opportunity to raise children in Asia, the answer needs to be yes.

An International Living Opportunity for You!!

Seven Reasons to Expatriate in Nicaragua