UK Companies Registered in Cayman Islands have to Disclose Ownership 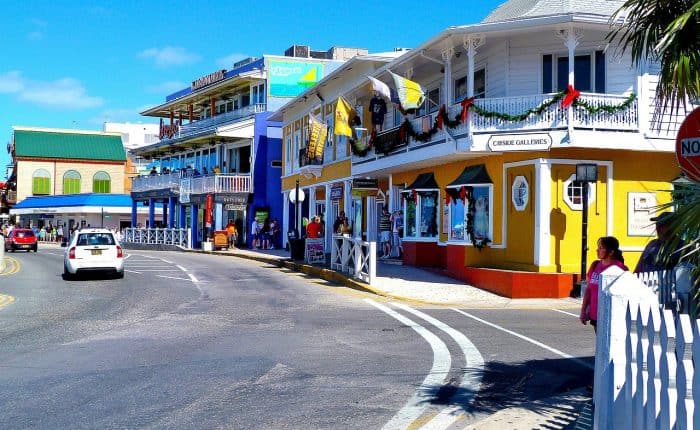 The Cayman Islands has long been one of the favorite destinations for businesses and entrepreneurs. The solid reputation of the jurisdiction, relaxed bank laws (at least, a few years back), and the country’s dependence on foreign investments make this a fiscal paradise in more than one sense of the word. We’ll discuss why UK Companies that are registered in the Cayman Islands have to disclose ownership.

A surge in the number of companies in this tiny British territory in the Caribbean has been documented in the past few years. For the most part, the technology boom of the last decade is to thank for this.

This has included some of the world’s largest businesses. For example, when China’s Alibaba went public in the United States, they formed a Cayman Islands holding company. It was this entity, and not their Chinese structure, that did the US IPO.

The Cayman Islands offer certain incentives that other jurisdictions simply cannot. The first thing is a safe way to plan your global taxes. This is especially true for European businesses that are not taxed on their worldwide income. For an article on the US after Trump, see:  US Expats and Retained Earnings in Foreign Corporations for 2018.

Another benefit that the Cayman Islands have over other jurisdictions is that it gives its companies and its investors a certain level of privacy that many countries don’t, but this might change if you live in the United Kingdom.

Companies who are part of the United Kingdom will have to publicly disclose their ownership of structures in the Cayman Islands beginning next year. This might seem like not much of a controversy to some, but to many companies registered in the Cayman Islands, this will be a nightmare. This is especially true for smaller companies or personal holding companies used for privacy and asset protection.

British authorities passed an amendment that would require all overseas 14 territories to reveal the ownership of any UK company located on them. This includes the Cayman Island, Isle of Man, Bermuda, among many others.

This came to a surprise to many including the heads of state of these British Territories. Overseas British territories have their own jurisdictions and elect their own legislature, you can assume that this means that they won’t go down easy.

One major concern that countries who are in the same position as the Cayman Islands stand-in is that if the amendment passes and they successfully make UK companies disclose ownership then the United States and other jurisdictions may follow.

The reason behind this action may not be to crack down in corruption as it may be associated with the financial crisis and the government of the United Kingdom looking for new sources for revenue. Targeting high net worth individuals with advanced (all be it legal) tax plans is always a favorite of voters!

The provision that was added to the amendment states that the United Kingdom must give assistance to all 14 British overseas territories to create a register of the ownership of the companies located in their jurisdiction.

As part of this law the date of December 31, 2020, was given as the deadline for a draft that will require any jurisdiction under British rule to introduce and disclose a publicly accessible register of the ownership of the companies.

British authorities are seeing the passing of this law as a major victory and as a way to fight tax avoidance and money laundering. The overseas territory does not see it this way and consider the amendment deeply flawed.

The territories affected by this ruling are calling the action a breach of trust and anti-constitutional and fear that other measures may be added to the law that they will not be able to control.

This is not to say that every politician in the United Kingdom agrees with the provision, some are against it. They believe that this provision will be detrimental to the financial sectors of several of these countries and may diminish foreign investment by a considerable amount.

What is the Appeal

What appeals to foreign investors and foreign companies into jurisdictions like the Cayman Islands is their low tax regimes, in some cases, this can even be zero. Add to this the links these islands have to the UK and they become a fiscal paradise for some entrepreneurs.

Illicit activities surrounding the tax regimes of this islands have been a major concern for British authorities for some time, and though I personally believe that there should be a much more stricter regulation in place to help weed out the people doing bad deeds the provision is excessive.

It only makes matters worse that there was no input whatsoever from the British Overseas Territories. Meaning that UK authorities can just amend any law and add provisions without any insight from the parties involved in said law.

The Cayman Islands may not be the only jurisdiction being affected by it, but they could be the biggest loser in all of this. There is still time for a change in the provision, UK Authorities should be incentivizing foreign investment into these islands and not fighting against it.

I know you enjoyed this article.  Here is another one called:  Going Offshore – A Guide to Asset Protection Strategies (Part 1)

and Moving Your Business to the Cayman Islands

Download The Ultimate Guide to Going Offshore for your personal library.

I hope you’ve found this article on the Cayman Islands and British Territories to be helpful. We discussed why UK Companies that are registered in the Cayman Islands have to disclose ownership.  For more information, or for assistance in opening an offshore company in a non-UK territory, please contact us HERE!  We’ll be happy to assist you with your international tax plan.

Travel with Your Loved One: