The USA - The Worst Place To Invest In Commodities - Escape Artist

The USA – The Worst Place To Invest In Commodities 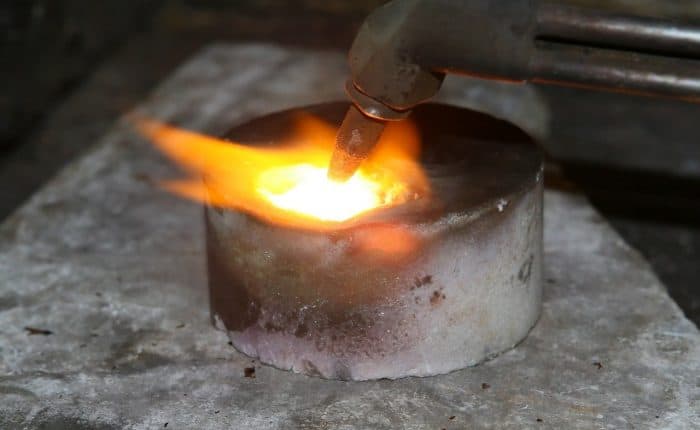 Commodity investments are one of the most important investment tools at your disposal. Living as a Perpetual Traveller is a great experience, but underpinning all of your efforts are your investment portfolios which ensure continued financial growth. Precious metal commodities like gold, silver and platinum serve as cushions, in case your investments go sideways and there’s little chance to go wrong with these investments. Gold prices have shot up by 17% over the last six month alone, with other precious metals following the same patterns. Using these commodities to hedge your risk is one of the best ways of staying ahead of any economic downturn in other investment sectors. Let’s look at why the US is the worst place to invest in commodities and what is the best country.

I’ve realized that it’s a certain economic environment that truly allows for financial growth. It’s a complex combination of economic policies that foster entrepreneurial spirit and financial growth which helps people succeed. In the absence of a narrative that supports people’s economic freedom, you can’t expect people to achieve wealth levels that would truly make them happy. Ironically enough, for all its talk of the “American Dream”, popular economic thought really doesn’t allow for this in the United States of America.

One singular piece of evidence you’ll find is the way the Americans treat commodity transactions. If you’re selling precious metals, you’ll have to pay up to 28% as capital gains taxes if you’ve held the metals for a year or more. Short-term gains on precious metals are taxed at ordinary income rates. That’s nearly a third of the value of your total revenues in trading gone to taxes—so if you sell gold with profits of $100,000, you get only $72,000 net. When you compare the situation for Americans, to say, someone from a country like Panama, they don’t have to pay any taxes and would keep all of the money for themselves. How can anyone expect the countries precious metals markets to thrive when, really, you keep discouraging investments with the high taxes in the first place?

The Sorry State Of Precious Metal Markets In The US

The United States has an unfortunate habit of entertaining trade wars with some of the largest economies in the world. The use of economic sanctions to coerce geopolitical currents, the most recent being the trade war with China, has a bigger impact than policy makers realize. When you alienate one of the largest distribution markets in the world, you essentially restrict market options to the producer who has to raise their prices to make good on the lower trade volumes. When you forcibly induce such a drastic change in demand, you send the whole economic system into a state of flux that’s really difficult to stabilize. You lose access to global export/import markets, revenues and expense planning goes to waste, and the capital markets fall as a response. Now they’re looking to sign a new trade agreement that’s helped improve the state of financial markets but really does a number on the precious metals markets.

For one thing, the state didn’t let the markets stabilize. They kept them in a continuous state of flux hoping to achieve some economic goals that I don’t even know will actually help in a substantial way. It’s nothing for the small investor who always goes along on the ride with market forces, but those who have substantial investments are always second-guessing what the next move ought to be. It’s like the state has no idea what they’re doing with their policies and agreements, without any concern for what happens to the investor.

Then there’s the tax aspect to this whole debacle. With the huge tax rates charged by the government on precious metals markets, I really wonder what exactly the value of investing in precious metals in the US is. The consistent intervention in markets, just so that the United States can extend a greater degree of political influence at the cost of the individual investor is why I’ve always supported financial libertarianism.

What Are Your Other Options?

Economics is bigger than what the whims of only one country are. The United States is certainly one of the worst places to invest in gold. However, in a country like Panama, you can be sure you won’t be subjected to arbitrary fluctuations. The reason why Panama has a stable economy, which ensures steady economic trends, is that it’s just too important for any one country to try to influence it. The country facilitates trade between the major economic powers across the world and will probably maintain that status for a very long time. The logistics sector alone generates $12.4 billion worth of revenue for the country moving millions of tons of cargo every year.

If Panama were hit by some external or internal instability, half the world’s economy would rush to its aid to stabilize the region. They can’t afford to let the Panamanian economy or logistics sectors to shut down. These dynamics bode really well for two different reasons:

Since the Panamanian economy is guaranteed to be more or less stable and relies on its open economic borders for growth, it offers more economic mobility than any other country. There are no duties, no taxes on income derived from across borders and best of all, there are no capital gains taxes.

The good thing about the stability in Panama and the access to global markets because of its centrality in international trade, you can easily buy and sell gold to make huge profits. There are companies who will help you buy and sell gold under their banners, to also store your gold if you need to. The Fort Kobbe Depository, for example, will help you buy gold and also sell it if you want while also keeping it safe for you.

No one really knows what’s going to happen to the American economy really, more so after the crash of 2007. There’s no stability and I see little economic wisdom in state-sanctioned economic policies, which really affects us as investors. You’d do really well to just move your gold and precious metal holdings to Panama where you can probably make a lot more money on your gold and save on taxes at the same time.  Panama really is the most stable country to invest your commodities in.

I hope you enjoyed this article: The USA—The Worst Place To Invest In Commodities

Are you ready to make the move to Fort Kobbe and Panama?  Contact their office HERE, and one of their experts will be in touch within 24 hours.

Here are a few articles about Fort Kobbe and why investing here in Panama is the best solution for your precious metals safety!

Why Invest in Mexico