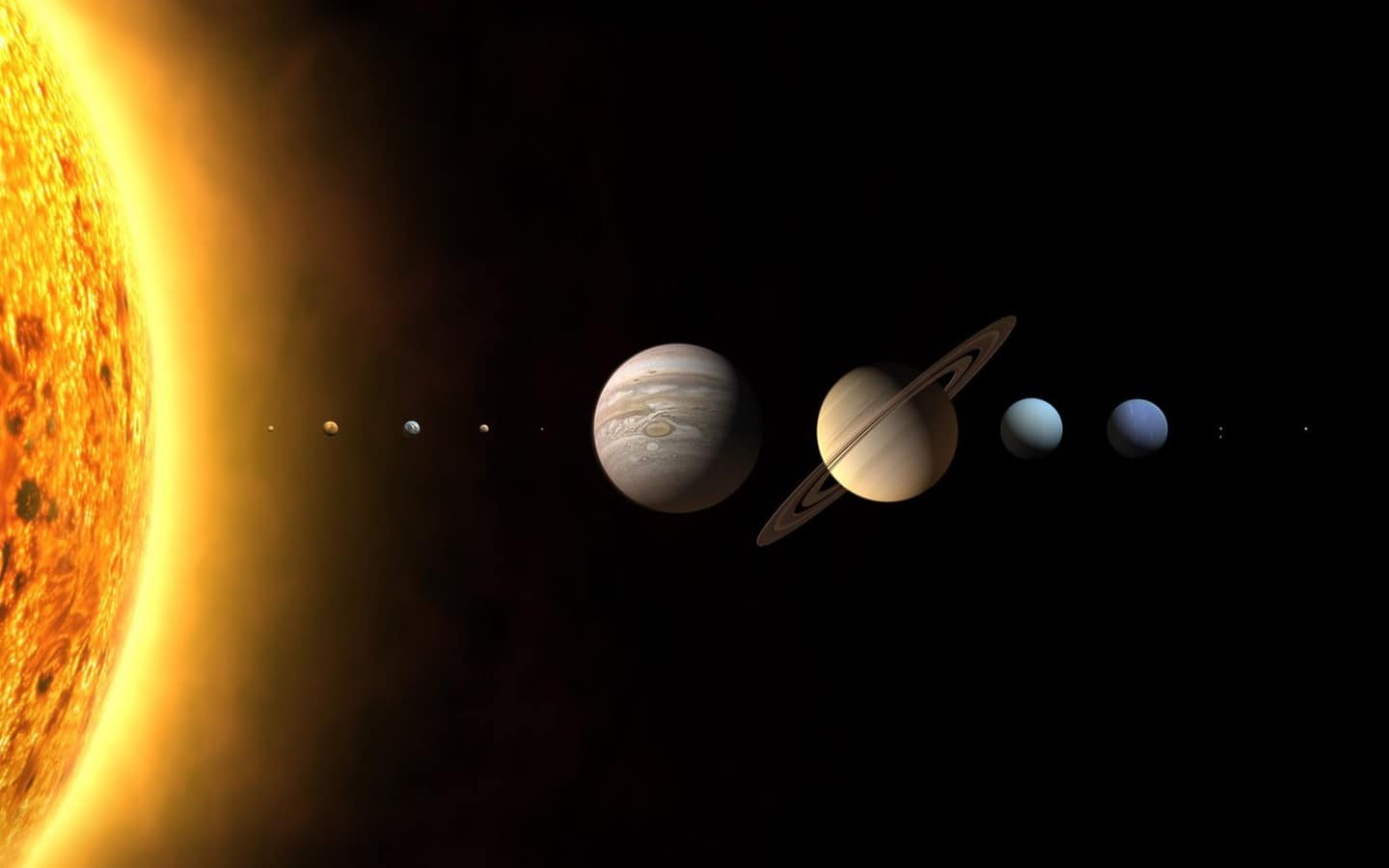 Pirates!  Somehow the scourge of the seven seas – thieves, robbers, murderers, and the like have been immortalized and romanticized ad infinitum.  My education taught us of  Sir Francis Drake, the famous English explorer and yet he is known as El Draque to the Spanish.  Supposedly the Spanish Crown had a reward of about $6.5 million (by today’s standards) for his life.  The English admiral and privateer, Henry Morgan, even more, feared by the Spanish, harassed and terrorized the Spanish fleets from a tiny group of islands 208 km east of Nicaragua and 800 km west-northwest of Cartagena. These islands are known as the Archipelago of San Andres, Providencia and Santa Catalina.

In 1630 a group of English Puritans chose to settle the island of Providence,  rather than brave the colder climes of the Northern U.S. as did their fellow believers.  Unfortunately, the colony did not thrive as well as their brethren to the north so they turned to privateer to support themselves.  Their initial presence was meant to discourage Spanish occupation but eventually in 1641,  as the result of their privateering, the Spanish invaded.

Morgan first assailed the islands in 1665 but returned triumphantly in 1670. For almost the next 20 years this archipelago was used a pirates’ headquarters to attack and conquer the Spanish Main.

Over the next one hundred plus years, the islands changed hands between the English and the Spanish. In 1818, the French privateer Louis-Michel Aury captured Providencia and Santa Catalina and used them as his base for the pursuit of independence for Central America. He also offered assistance from this location to Simon Bolivar in his fight against the Spanish for the independence of Gran Colombia.  When Aury took control of the islands he found a predominantly black population speaking English.  Even today in Providencia, the surnames such as Robinson, Hawkins, MacDonald, etc.,  date back to the time of Henry Morgan and the inhabitants speak a Creole English.

After the yoke of Spanish occupation was thrown off, the inhabitants of San Andrés, Providence and St. Catherine voluntarily agreed to become part of the Republic of Gran Colombia in 1822. Since that time Nicaragua has filed numerous claims to the islands but on November 19, 2012, the International Court of Justice decided that Colombia had sovereignty over the islands. Unfortunately, the Court granted Nicaragua control of the surrounding sea and seabed, which include lucrative fishing grounds. Isn’t it strange how an international court fails to take into consideration hundreds of years of history where the inhabitants have fed their families from these fishing grounds?

In 2000, Unesco declared the archipelago to be part of the World Network of Bioshperes and it was named the ”Seaflower Biosphere Reserve”. The reef system is one of the largest true barrier reefs in the Americas. The reef off of Santa Catalina and Providencia covers an area of 255 km2 and is over 32 km. long. As you can only imagine, the diving here is world-class!

The establishment of a Tax-Free Port on the island of San Andres in the 1950’s brought an influx of people from the mainland and numerous foreigners. Unfortunately, the native families on the island are now in the minority and many live an impoverished life. Fortunately, Santa Catalina and Providencia rebutted this change. As a result, the impact of the environmental and economic damages, as well as migration, have been less. The inhabitants of these two islands have fought many battles to keep out large scale tourist developments allowing them to maintain their natural and cultural assets.

San Andres Island is approximately 1 hour and 40 minutes flight from Medellin. As you approach the island it is difficult not to be impacted by the truly amazing colour of the water. There are at least 7 different shades of blue and the site is spectacular. To enter and live the island you will have to pass through immigration control.  This is not Migracion Colombia but is an effort to manage the ebb and flow of non-residents.

There are numerous hotels around the island but the beautiful white sand beaches do not ring the entire island. Part of the shore is very rocky – actually coral with no sand.   To explore the island you can take a ”train” tour or a bus – ”chivas” tour or simply rent a golf cart from one of the many rental sites spread across the island. The cost of the cart is around $75.000 COP for the day, which is what the train or bus tour will cost for 3 or 4 hours for three passengers. One of the great things of the golf cart is you can stop and stop as you like and not be dependent on other people.

As you tour around the island, there are numerous tourist traps that you can visit. You can take in Morgan’s cave for a cost of $10.000 COP. This consists of a coconut ”museum”, a pirate’s ”museum” with its fibreglass cannon, a local dance exhibition – you will view one of two dances and then they pass the hat and finally you get to see ”Morgan’s Cave” where it is rumoured that he had hidden some of his treasure.

One of the fun spots where you can stop and grab a ”Coco Loco” if you like, is the ”Hoyo Soplador”. This is a vent hole where the ocean blows up air and water to the thrill of the people who wish to stand over its orifice.

The area of San Luis is where many of the local residents live. It is a typical Caribbean style neighbourhood with buildings in all states of repair and disrepair. It still makes for an interesting afternoon to explore.

With a golf cart you can also make a trip up to the first Baptist church constructed on the island. The vista from this vantage point will give you a true perspective of the 7 shades of ocean blue this location has to offer.

There are numerous aquatic tours as well. Make certain you are certain of all of the details as you can be oversold. There is a tour of the ”Acquario” – this is located at Haines Cay and Rose Cay. Note, where you might assume that this is an aquarium with large tanks and contained specimens, this is, in fact, is an area of the reef where the water is shallow and with a face mask, you can view various species of tropical fish.

This tour often then continues on to Johnny Cay which is a designated park area and you will pay another $4.000 COP per person for the entrance. There is a beautiful white sand beach here and numerous restaurants to where your tour operator will direct you – probably to insure a commission from your purchase.  Depending on your arrangements you can spend the remainder of the afternoon here or return back to the main island around 1:30 p.m.

One of the afternoon tours is the Manta Ray ”show”. This may give you a tour of the Mangrove growth along the edge of the island and then return you to the Acquario for the show. This really amounts to the spectacle that the tourists make lining up trying to get their photo taken with a manta ray. If you are not interested in the Mangrove tour then the odds are you can see a Manta Ray show in the morning and save yourself the duplicate experience in the afternoon. The morning I visited the Acquario, there was a different individual charging $5.000 COP for a photo with a manta ray.  It would have been less expensive than paying for 3 people to have a repeat performance in the afternoon. There is a general area where tourists are herded to board the launches. If perchance your hotel has dockside pickup, I would recommend that you opt for that choice.

An interesting way to spend an afternoon is buying taking one of the tours on a semi-submersible boat. There are two choices available, the Manati and the Nautilus. If you get seasick easily then this is not something you should consider as the area below deck is somewhat confined.

While I can’t imagine being cooped up in a pirate ship for 2 or 3 months at a time with a bunch of smelly sailors, arriving at this safe harbour, with its beautiful white sand beaches, I can see the romance of an extended stay over in this tropical paradise. Some people say that there is still some of Henry Morgan’s treasure hidden in these islands. Maybe there is a little pirate in all of us. Come and explore the sea in seven colours!  Who knows what treasure might be in store!