The 3 Best Places to Retire in South America - Escape Artist 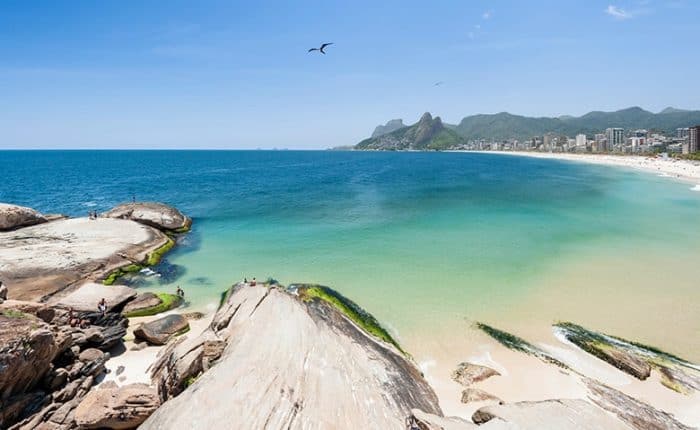 Thinking of retiring overseas? Thousands of people nearing retirement age consider moving abroad to sunnier climates and places where their retirement money will go further. South America, for example, is an increasingly popular destination for retirees. Although parts of South America have reputations for having unstable governments and economies, the political and economic landscapes of several countries in South America have made conditions favorable for overseas retirement.

There are some key considerations to keep in mind when considering retiring in South America. Social security, taxes, exchange rates, health and other insurance are important factors to think about when contemplating a move overseas. Taking into consideration these factors, there are 3 great destinations in South America that would make a great place for spending your golden years.

Retiring in Colonia, Uruguay, or really anywhere in Uruguay has become a popular trend in recent years. Uruguay is not only known for its strong football team; the small country of not much more than 3 million people also boasts a strong economy. Soybeans and other crops are an important industry, as well as beef and agricultural exports, mostly to Argentina and Brazil.

The tourism industry is rapidly developing; a visit to Colonia, Uruguay most likely will begin at the BIT, the newly built tourism welcome center, complete with a stunning audio-visual theatre and other attractions to lure tourists into visiting more than just one city in Uruguay.

Uruguay also has a strong banking sector, which has earned it the nickname “The Switzerland of South America.” Often times, Argentines will cross the river and visit Colonia or Montevideo in Uruguay so that they can do their banking in Uruguayan pesos or US Dollars rather than in Argentine pesos, which are vulnerable to high inflation.

The department of Colonia, Uruguay, is a comfortable place to retire because it has modern amenities, a mild climate, and plenty of land for sale. Take a ride through the countryside beyond the city, and you’ll see lots for sale perfect for agriculture, ranching, or for building a large house. Real estate is very affordable and taxes are low in comparison to more developed countries. Plus, the historic district of Colonia is an attractive place to spend the weekend, wining and dining while listening to live music on a cobblestone street facing the river.

Cuenca, Ecuador, is another very popular destination for expats, especially retirees. Ecuador as a country has a relatively stable economy, although it is largely based on exportation of oil, bananas and even roses, and so its economy is dependent on international demand for those products.

The economy is based on the US Dollar, which has made it more stable in recent years, and which is a boon to Americans who don’t need to get used to a new currency. Tourism, especially to the Galapagos Islands, is a major player in the economy as well. Overall Ecuadorians are generally friendly and accepting towards expatriates.

Low cost and high quality health care is generally available in Ecuador, which also makes the country an attractive place for boomers looking to retire overseas. Health coverage is about $70 USD per month and doesn’t exclude people with pre-existing conditions.

Cuenca, Ecuador, is the main city in southern-central Ecuador, and it has become a hub for expats. There is a wealth of information about life in Cuenca, as told by expats and travel bloggers living in the area. One of the main reasons is that Cuenca, Vilcabamba, and other cities and towns of southern Ecuador are generally sleepy towns surrounded by lush, verdant forests.

It’s possible to see horses walking down the street. But Internet and TV connections are available in most homes. This is not to mention the beautiful churches and colonial architecture found in Cuenca itself, which was an important city during the Inca Empire and the colonial era. Real estate in this area is relatively affordable as well.

The capital of Peru may not be the first place that retirees think of when they consider moving abroad, but there are several reasons why Lima would be a good fit. First of all, the current exchange rate from the Peruvian Sol to the US Dollar is approximately 1 to 3. The general rule of thumb is that everything costs about a third of the price as it does in the United States, whether that’s dining out at restaurants, getting groceries, or paying for rent.

The Peruvian economy is burgeoning and is poised to continue growing over the next decade. Recent infrastructure developments in Lima have greatly improved how public transportation runs, for example, and other municipal improvements are underway. Scientific improvements and innovations, such as using solar and wind as alternative forms of energy, are bound to make life in Lima better for limeños each year.

Plus, Lima’s capital offers some great real estate options in the Miraflores, Barranco, and San Isidro districts. These are the most affluent areas, with a mix of urban and suburban neighborhoods, many of which overlook the Costa Verde. Lima also is known for world-class cuisine – all at a fraction of the cost of more developed nations. A dinner and drinks at a fine restaurant, for example, might cost $20 per person USD.

Do a Test Run!

If you are considering a move abroad for retirement, it is highly advisable that you first travel to the destination you’re thinking about and spend a week or two getting to know the area. Taking a preliminary vacation would allow you to see the area, talk to the locals and other expats, and maybe meet with a real estate agent who can take you to different properties for you to consider purchasing. Then you can know for sure if you are interesting in retiring in South America or if you need more time to research your options.

Here are a few articles you will really enjoy:

6 Countries Where It’s Easy to Get Residency Visa

16 Reasons Why Belize is the Perfect Country to Move To

Living in Argentina – The Home of Tango, Steak and Soccer

7 Things to Consider Before You Retire Abroad