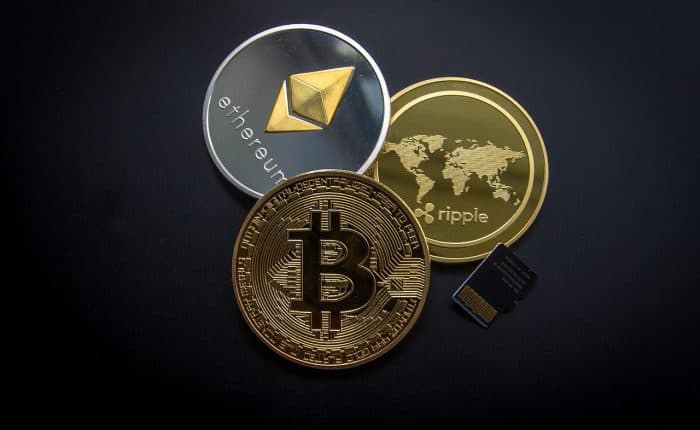 A. Cryptocurrencies seem to be the hot topic these days.  Everyone from billion dollar hedge funds to the guy who cuts my lawn is buying them and  getting excited about the potential to make money in digital currency.  And while digital currency of some type, may very well one day replace paper currency altogether, there will be a lot of volatility with fortunes made and lost along the way.

For now the issue is how should cryptocurrency like Bitcoin be reported and how and when is it taxed?  The IRS currently considers cryptocurrency to be “property” rather than currency.  In Notice 2014-21 the IRS for the first time laid out its position on cryptocurrency stating that “virtual currency is treated as property for US Federal tax purposes”… and that the “general tax principles that apply to property transactions apply to transactions using virtual currency.”  This means that cryptocurrency is subject to either short term capital gains treatment (i.e. ordinary income) or long term capital gains rates depending on how long the currency is held.  The tax authorities in Canada and the United Kingdom have taken the same position as the United States IRS, while Australia came out in July of this year and has taken the position that cryptocurrency is like any other Government based currency and should be treated as a currency exchange.  Japan was the first country in taking this position on April 1, 2017 and it treats cryptocurrency like any other national currency.  Many other countries still have not taken a position one way or the other on how to treat cryptocurrency for tax purposes.

If the Europeans, for example, treat cryptocurrency as the sale of “property”, then they will have another problem in that Bitcoin and other currencies will be subject to VAT tax when purchased, VAT tax again when purchasing a good or service and then income tax when sold or used to purchase something of value creating double or triple taxation on the same transaction.

In addition to the IRS, other US regulatory agencies have come out publicly to suggest cryptocurrency may be something beyond currency or property.  The United States SEC in a letter from SEC Chairman Jay Clayton on December 11, 2017 stated that “simply calling something a currency or a currency based product does not mean that it is not a security.” Because the ability to “profit” in the secondary markets by selling cryptocurrency for more than was paid for it is a classic securities hallmark, the SEC Chairman concluded his open letter by stating:

“I have asked the SEC’s Division of Enforcement to continue to police
this area vigorously and recommend enforcement actions against
those that conduct initial coin offerings in violation of the Federal Securities
Laws.”

The SEC is clearly focused on the initial sale of new cryptocurrencies (called ICOs) and whether those sales require either registration as a security ahead of time (something no cryptocurrency has done) or whether the currency needs to be sold in the United States pursuant to a securities exemption, (such as a Reg D offering for accredited investors). Either of these options would reduce the number of people able to purchase and dramatically reduce the number of people signing up for crypto accounts such as Coinbase.  The SEC Chairman seems to favor the latter (see footnote #4 of the Chairman’s public statement).

Other agencies, such as the Commodities Futures Trading Commission (CFTC) have indicated their willingness and desire to regulate cryptocurrency.  CFTC Chairman J. Christopher Giancarlo stated in response to the SEC Chairman’s letter on December 12, 2017 that:

Ultimately Congress may have the last word on cryptocurrencies and how they should be treated for tax and other regulatory purposes.  Presently, Senate Bill S1241 added provisions to current anti-money laundering laws by adding crypto currency into the definition of financial accounts and financial reporting, requiring the owners of cryptocurrency and cryptocurrency exchanges to report under current FATCA and account ownership disclosure requirements.

And while the current Senate Bill has not yet become law, it is really only a matter of time before all cryptocurrencies will have to be reported.  Your individual Form 1040 tax return, (either on Schedule B or something similar to the current treasury form required by the IRS for accounts over $10,000 in a foreign bank account) will be just the beginning of methods used by the Government to force tax compliance.  Cryptocurrency issuers and crypto exchanges will come under the same regulations banks and brokerage firms come under with regard to client disclosure.

For now, as intangible “property”, taxpayers will have to recognize short and long term gains anytime they conduct a transaction using their cryptocurrency.  So in this very simple example, John Smith bought 100 Bitcoins on January 1, 2017 for $1000 each.

Many investors buying and selling the currency will understand the short and long term aspect of taxation on the cryptocurrency sales.  What many of these same folks won’t naturally understand or assume is the car purchasing example.  By buying the $78,000 car for 4 Bitcoins, the IRS will treat Mr. Smith as if he actually “realized” $19,500 per Bitcoin and he will owe short term capital gains (equivalent to his ordinary tax rate) on the value of the Bitcoin less his original basis at the moment the car is purchased.  The same would apply to buying property, gold or any other tangible asset or even a service for which Mr. Smith receives any value for his Bitcoin.

It is only a matter of time before we will read about a high level tax evasion prosecution case in the Wall Street Journal for someone selling or using their Bitcoins in commerce without declaring the inherent gain in their transaction or paying the proper short or long term capital gains tax.  The IRS will use such a prosecution to get everyone else to voluntarily comply with the law as it relates to Bitcoin and other cryptocurrency taxation.

Cryptocurrency maybe the future of money, but many aspects of the new “money” remain unsettled.  One thing is for sure, however, is that the ambiguity does not alleviate the necessity to properly declare any gains realized by buying and selling cryptocurrency for gains or using the increase in value to make purchases.  The recent “John Doe” subpoena against Coinbase to turn over 15,000 client accounts to the IRS, for example, is just the first of many enforcement actions yet to come.  As the value of cryptocurrency increases, it will become a larger and larger target for both the Justice Department and IRS to pursue.

It is very important for you, Mike, as well as all of my other “Ask The Ambassador” readers to understand your reporting and tax obligations whenever you decide to buy cryptocurrencies.  Otherwise, steer clear of them and leave them alone until the regulatory dust settles.  Another option is to consider buying them in your Self-directed IRA.  Of course, you cannot use IRA money to buy new cars, but it does eliminate the current regulatory uncertainties and taxation elements of investing in cryptocurrencies in the short run.  And of course if you have available funds in a Roth IRA, you may be able to avoid taxation altogether on your cryptocurrency gains.  Maybe we will explore that aspect in more detail next week in this “Ask The Ambassador” column.

I hope you enjoyed reading: The Taxation & Other Regulations Concerning Bitcoin & Other Cryptocurrencies. If you would like more information, please contact our office HERE. I’ve also included some additional articles on cryptocurrencies, enjoy!

Five Ways to Maximize your Earnings on Airbnb