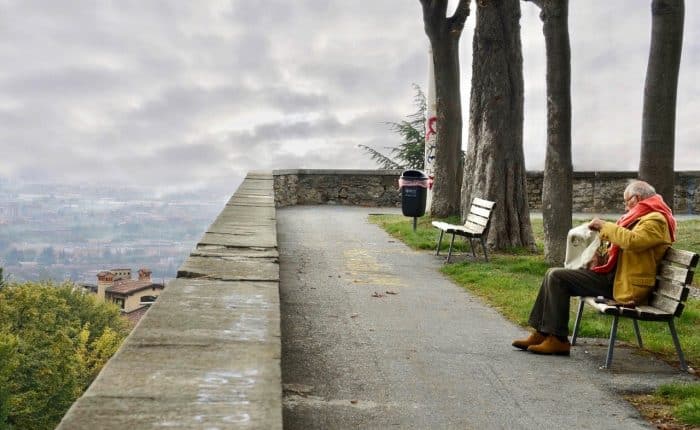 The United States government is absolutely brutal when it comes to taxing expats living in different countries. With the imposition of laws like FATCA and the sheer amount of tax regulations that people need to comply with, I’m amazed that anyone can keep up with their tax obligations. A lot of my clients have come to me saying that the IRS keeps sending them letters for missing tax filing deadlines even though they haven’t even lived in the States for years.

There’s a lot of misconception and misunderstanding surrounding American tax laws. I decided to write this blog to explain how the US tax laws work and present one instance of how all US expats need to be mindful of their tax obligations—irrespective of how long they’ve been out of the country.

Surprisingly, a lot of people aren’t aware of the fact that the United States government taxes people based on their nationality, rather than residency. So if anyone of your parents is an American and you were born in the US and moved away when you where a baby—you may have to report taxes on income. Unknown to many people is the fact that they have hundreds of thousands of dollars in unpaid tax liabilities and no one ever told them. Unfortunately for them, their names are still in the US government’s records accruing taxes in their name and penalties for not filing their taxes. I would suggest a really good tax attorney who can work with you so that you do not have to pay these taxes to Uncle Sam.

Often, their tax liabilities take them by surprise well into their old age when the government cracks down on them with FATCA. According to FATCA, all financial institutions around the world are supposed to tell the IRS if they’re handling financial transactions for US citizens. If the institution refuses to comply with FATCA, the government withholds 30% of all the US payments processed through that institution. Succumbing to the financial pressures and the potential for losses, these banks disclose all sorts of financial information to the IRS and people are sent court summons for missing their filing deadlines.

Many people just choose to never go back the US because there’s no way anyone can pay this much money in one go. The IRS doesn’t listen to people when they plead ignorance—the IRS call this willingly ignorant when many people really didn’t know. It’s because of laws like FATCA that more Americans are renouncing their citizenship than anywhere else in the world. It’s not a surprise considering the huge penalties the IRS imposes, the possibility of a $250,000 fine and as much as five years of jail time.

This brings me to this story of a senior citizen in Canada, who was recently fined $165,000 for unpaid taxes by the IRS even though he hadn’t lived in the US since 1971. The reason this news made it to the papers was that the US court system upheld the decision to impose a penalty even though he didn’t know that he had unpaid taxes.

Donald Dewees vs. The IRS

Back in 2017, the IRS fined Mr. Dewees $165,000 for unpaid tax regulations. This wasn’t the first time that Dewees had faced the IRS for avoiding taxes though. Back in 2009, Donald was required to file his taxes owed to the IRS which he did through the Canadian equivalent of the IRS—called the CRA. He was quite surprised when he got another letter from the IRS that told him he hadn’t reported his income that came from his consulting business in Canada.

Now, Mr. Dewee had been paying all of his taxes to the Canadian authority and was completely unaware of the fact that he also had a tax liability to the US government. The US government charged him with not complying with tax reporting regulations and that he owed an additional $165,000 in fines. When Donald told the authorities that he didn’t owe the government any money, he was told that he had missed out on filing this one form relevant to income generated in a foreign country.

Now the United States has a tax treaty with Canada where people can report, file and submit their tax payments to the CRA. In these matters, the CRA is equally as brutal as the IRS about collections and they don’t even entertain any appeals, which Mr. Dewees actually did, and it didn’t turn out too well for him.

When Donald next went to the United States, he sued the government for charging him penalties for a tax obligation that he wasn’t aware of. Little did he know, the courts in the US didn’t care much for his ignorance and still upheld the decision for him to pay the $165,000 fines.

While the US government charges all its citizens taxes throughout the world, a lot of times people aren’t aware of changes in legislation. They continue living for years with no information about what their new tax obligations are, whether there is room to further minimize their tax liability and plenty of other questions which they must absolutely have an answer for.

Now while what happened to Donald Dewees is quite unfortunate, all of this could have been easily avoided if he had hired a tax attorney to manage his taxes. A tax attorney literally makes it their life’s mission to help their clients keep up with their tax payments and also works to minimize their tax liabilities wherever possible. Many expatriates choose to pay and file their taxes on their own, not realizing what forms they need to fill out, if there are any updates to the tax codes and how they can avoid getting penalized. Mr. Dewees’s case is just one out of the thousands of American expats who have no idea what they’re getting into.

There are plenty of ways for people to get out of their American tax liabilities—they can renounce their citizenship, put their money in tax havens or they can hire a tax lawyer. With these basic steps, you can easily escape the IRS’s draconian obsession with getting your incomes from your pockets.

I would suggest if you are living in Canada, or any other country in the world, and you are a US citizen; and have been working and not paying taxes to Uncle Sam, you contact our office immediately. We have a team of professionals that will be able to work along side of you to determine the severity of your situation.

I hope you got some value from this article Tax Horror Stories—the IRS Creeps Up on Senior Citizen Living in Canada.

Here are some additional tax articles that might answer some of your questions.  Remember, call our office HERE and don’t wait, Uncle Sam is watching YOU!

Investment Mistakes Made by Americans Abroad

Get Insider Tips for Visiting Belize