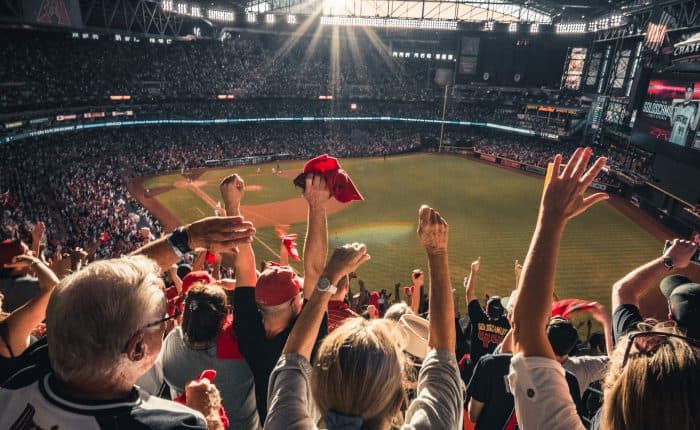 Life by the beach, flexible working hours, fabulous scenery, an opportunity to discover a new culture: people choose the expat lifestyle for a whole host of reasons but one factor that is so often overlooked is personal interest. The only thing sweeter than finding what makes you tick abroad is finding others who share your passion. Indeed, it is often said that entities like music, art, and sport boast a common language; one that is understood and appreciated globally. Sport, in particular, has the power to turn sadness into euphoric joy. So, where should sports lovers head to?

London is home to 5 Premier League football teams and 5 Championship sides. Accompanying this dedication to elite-level football is a sophisticated betting scene where supporters often take advantage of free bets to speculate on everything from Harry Kane’s chances of being top scorer to which London-based team is most likely to end Liverpool’s current supremacy. Project Restart threw up huge differences in form as Chelsea beat top sides Leicester and Manchester City whereas West Ham lost crucial games to Tottenham and Wolves. Current form and previous encounters are all considered before supporters place multiple stakes on platforms like Marathon Bet. Aside from football, the city also boasts Lords Cricket ground and the home of English rugby, Twickenham.

Nicknamed the sports capital of the world, the young and vibrant city has combined Australian seaside sports like sailing and surfing with major international sporting events to well and truly earn its nickname. Stars like Roger Federer and Rafael Nadal head to the city to kick-start the tennis season in January and a few months later F1 cars roar past at 200 mph. The city also hosts the Rugby League World Cup and a glamourous horse racing festival known as the Melbourne Cup.

Onlookers may find this surprising but the Japanese capital provides a fascinating blend of sport heavily influenced by ancient traditions and the new online world. E-sports and the influence of online computer gaming are now so popular that the industry is valued at $20 billion. Therefore, Tokyo has created the Intel World Open providing e-gamers with the chance to play popular games with a jackpot of $500,000. However, if E-sports are not your thing, the city is also home to prestigious sumo wrestling tournaments that take place regularly throughout the year.

With North American sports seemingly increasing in popularity outside the states, Boston would be one of the best locations to experience them in their natural habitat. The city is home to the Boston Bruins, an ice-hockey team that boasts 25 divisional championships, the Boston Celtics; a basketball side that has won the NBA 17 times, and the New England Patriots; an American football side that has won three out of the last seven Super Bowls. In addition, these three teams are steeped in tradition with respective histories that go back to the very inception of their leagues.

I hope you enjoyed reading this article: Sports Fanatics: The Best Expat Locations