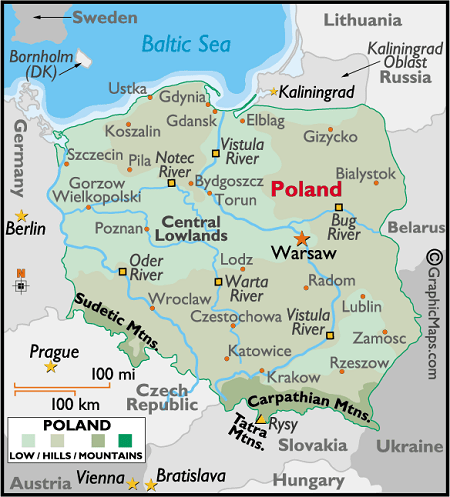 Warsaw, Poland. Every time I come to this country, the more there is to wonder at. Poland is arguably the most heroic country in Europe. Thrice before, Poland saved Europe from extinction.  It is doing so a fourth time right now, in 2018.

There is so much here for an Escape Artist to learn, see, experience, and marvel at. Let’s start with its astounding history.

Poland’s history is one of tragedy and triumph. It starts in 966, when the chief of the Polan people, Mieszko (930-992), rejected the entreaties of other Slavic tribes to accept what was becoming the Russian Orthodox Church and chose to be baptized as a Roman Catholic instead.

It was a momentous decision that turned his people towards the West, rather than the East.  Miezko’s son, Bronislaw, created Poland as a Christian nation, with Pope John XIX declaring him the first King of Poland in 1025, and the Poles started to participate in Western culture.

The young nation waxed and waned for the next three centuries under such rulers as Ladislaus the Elbow-High (1261-1333). He was very short.

But Ladislaus laid the groundwork for the creation of the “Commonwealth of Poland and Lithuania” that was one of the largest states in Europe for 400 years (1385-1772).  It was also one of the freest, with religious tolerance (no Catholic-Protestant wars, Jews were welcome) and a form of democracy with a parliament (the Sejm) that elected the king. 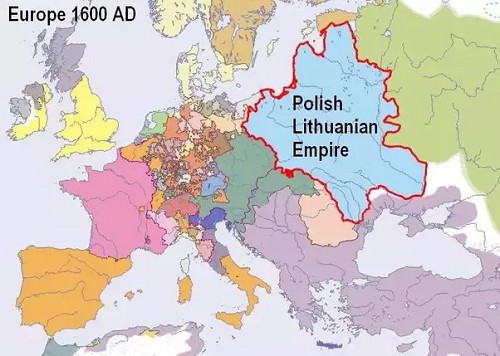 The greatest Polish King, Jan Sobieski (1629-1696), is also one of the greatest heroes in the history of Western Civilization. In a word, he saved it.

Sobieski was a military genius who had made a career of inflicting terrible defeats on Moslem Cossacks, Tatars, and Turks of the Ottoman Empire. In 1674, the Sejm (pronounced same) elected him king. In 1682, Ottoman Sultan Mehmet IV, as the Caliph of all Islam, decided now was the time to realize the great Moslem dream and conquer all of Christian Europe for the glory of Allah.

The Ottoman Empire was gigantic, at its greatest extent in 1683, but Mehmet IV wanted more – he wanted all of Europe cleansed of the infidel Christians. 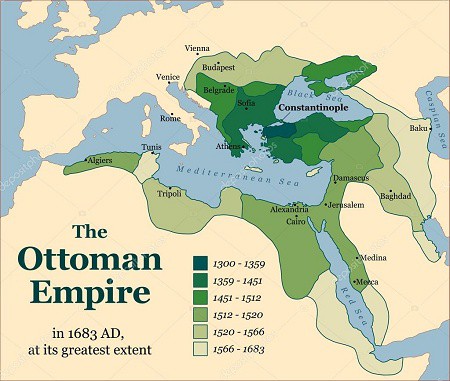 The Sultan ordered his Grand Vizier Kara Mustafa Pasha to lead an army of overwhelming force to destroy Vienna, the great obstacle in his way. By July of 1683, 140,000 Ottoman soldiers were at the gates of Vienna. Intimidated by Vienna’s fortifications, Mustafa settled in for a siege. By September, the Viennese were starving.

With the fate of Christendom at stake, Sobieski crossed the Danube above Vienna on September 6 with 23,000 infantry and 3,000 cavalry – the famed and feared Winged Hussars – where he was joined by a force of 18,000 from German states organized by Pope Innocent XI, and 30,000 of the Habsburg Emperor, Leopold I.

Placed in command of the entire force, Sobieski ordered the infantry to attack before dawn on the morning of September 12. Although outnumbered 3-to-1, the Christians fought the Moslems to a standstill for 12 hours.

Sobieski had massed his cavalry hidden in the trees on the hill of Kahlenberg overlooking the battle. By late afternoon, he judged the Ottoman soldiers were becoming exhausted and gave the signal. 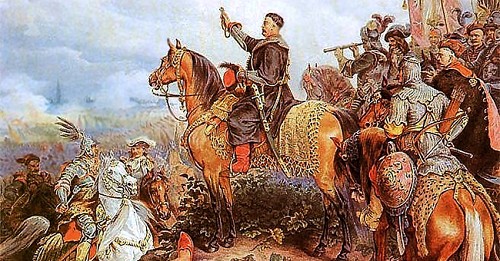 Twenty thousand armed horsemen galloped down the slopes of Kahlenberg, the largest cavalry charge in history, with Sobieski and his Polish Winged Hussars at the lead. The cavalry trampled the Ottomans and made straight for their camps. 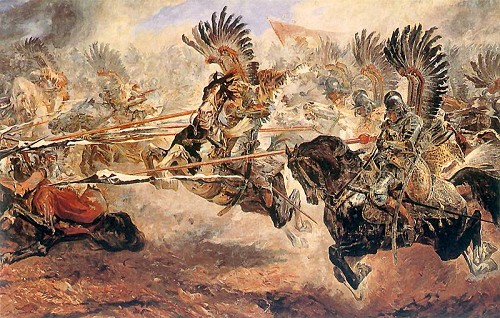 Kara Mustafa fled out of his tent and barely escaped with his life (it didn’t last long – the Sultan ordered him strangled). The Moslem threat to Europe was over. Sobieski wrote a letter to Pope Innocent XI, paraphrasing Julius Caesar:

Here, in Warsaw’s Royal Baths Park, is the statue of Sobieski trampling the Turks at Vienna: 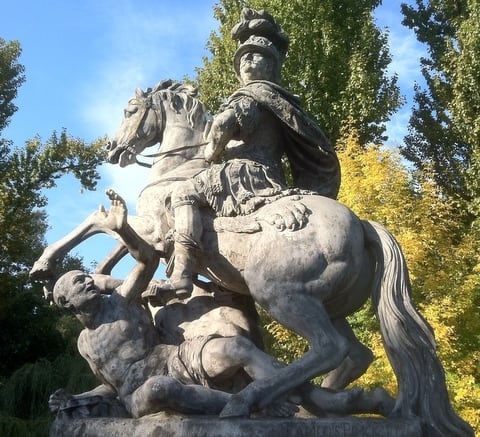 So Poland saved the West, but the quickest-drying liquid known to science is tears of gratitude.

The man who oversaw the extinction of his country was Poland’s last king, Stanislaw Poniatowski, who ruled from 1764 to 1795. The man who fought to prevent it was Poland’s great patriot, Tadeusz Kosciuszko (1746-1817) – or Thaddeus Kosciusko here in the U.S., where there are many memorials to him for being a hero of our Revolutionary War.

After the First Partition, he emigrated to America and became a close friend of Jefferson’s and Washington’s chief engineer of defenses all the way through Yorktown. Congress made him a Brigadier General and U.S. citizen.

But he went back to Poland to rebuild its army against Russia, which invaded in 1792. He won every battle, but Poniatowski treacherously surrendered, whereupon Prussia and Russia divided most of what remained of Poland in a Second Partition (1793).

He then led a huge national revolt known to history as the Kosciuszko Uprising, which came close to succeeding until the Russkies captured and imprisoned him. Russia, Prussia, and Austria then completely carved the country up in a Third Partition in 1795, whereupon Poland ceased to exist. 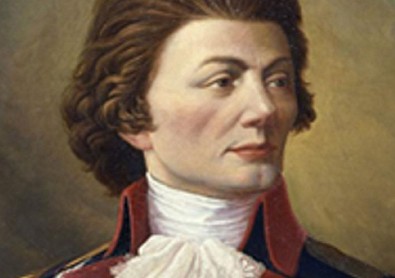 The Poles rebelled futilely against their Austrian, Prussian/German, and especially Russian colonial masters in 1830, 1846, 1848, 1860, and 1863; their language, culture, and religion were violently repressed; they revolted again in 1905, and were forced to fight for their three masters in World War I at a cost of 1,128,000 dead Poles.

The bright side of WWI was that all three masters were defeated, allowing President Woodrow Wilson to demand full Polish independence, recognized by the League of Nations in 1919. Lenin ordered the Red Army of now-Communist Russia to immediately attack.

But just-reborn Poland had the luck to have as its president a brilliant general, Jozef Pilsudski, who so skillfully counterattacked and defended Warsaw that the Soviet Russians sued for peace in October 1920. 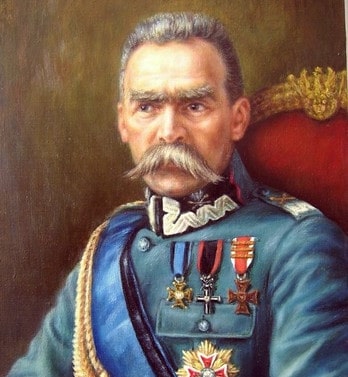 Lenin’s dream of conquering Poland as a stepping stone to conquering Europe for Communism was over – once again a Pole saved Europe. 148 years since 1772, Poland was free once more – but only for 19 years.

When Hitler invaded Soviet Russia in June of 1941, Poland was completely Nazi-occupied. Some five million Polish citizens were killed during World War II, including some three million Polish Jews.

Near the end of the war, the Red Army invaded, and Stalin seized the whole country. Poland was in Russia’s colonial clutches yet again. After over 30 years, its grip weakened in October 1978, when the Archbishop of Krakow, Cardinal Karol Jozef Wojtyla, became Pope John Paul II.

It weakened more when an electrician at the Lenin Shipyards in Gdansk, named Lech Walesa, formed a “Solidarity” labor movement in 1980. 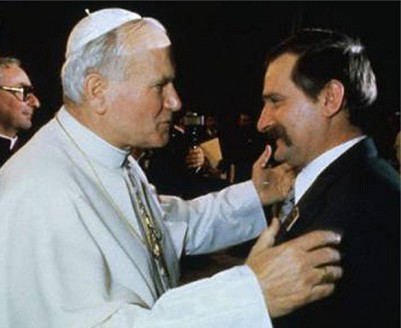 When these two great Polish heroes met in 1983, few on earth could even imagine the liberation of Eastern Europe from Soviet colonial tyranny. It was they who sparked an en masse rebellion through all of Moscow’s European colonies that culminated in the Fall of the Berlin Wall on November 9, 1989.

Then the unthinkable happened: the Soviet Union itself disintegrated. As it did, the governing Polish Communist Party was swept away. In November 1990, Lech Walesa was elected President of Poland.

Today, Poland is experiencing its longest period of freedom for over 2½ centuries. It is bursting with optimism, energy, entrepreneurship, and opportunity.

Since 2006, it has enjoyed the highest GDP growth in the EU –  4.6% in 2017. It has smartly kept its own currency (the zloty), staying out of the collapsing eurozone while staying in the EU. And now, its economy is set to rocket. The New York Times predicts: Poland – The Next Economic Powerhouse. McKinsey predicts Poland will be Europe’s New Growth Engine.

Poland is coming to Europe’s rescue for a 4th time – both economically and politically. In 2016, Poland and Croatia launched an integration of the infrastructure and economies of Central and Eastern Europe, with a North-South Corridor connecting nations bordering the Adriatic, Baltic, and Black Seas. 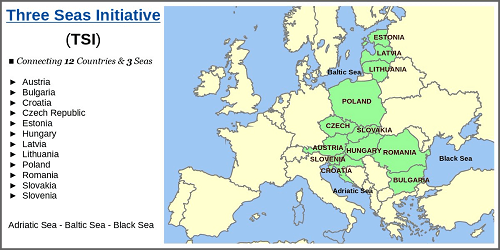 The future of Europe, frankly, lies with these countries. They are a bulwark protecting Europe from Russian intimidation and subversion – and from the sclerotic domination of suffocating EU bureaucracy in Brussels. Here is where economic opportunity abounds, as it doesn’t in Western Europe.

For any Escape Artists considering escaping to Europe, here is where to look. I’d like to suggest Poland in particular. Poles are welcoming, hospitable, gracious, they work hard, and are really smart. Great combo.

There are cities you’ll fall in love with. Everyone does so with Krakow: 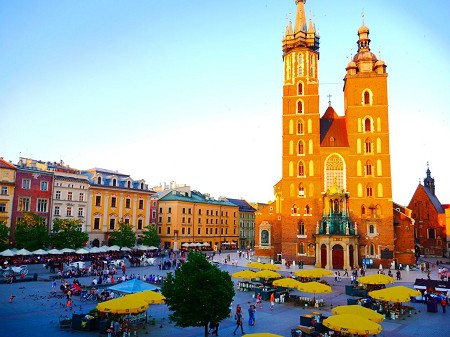 Nearby, in a small village is Mozna Castle, ranked as “one of the most beautiful castles in the world.” 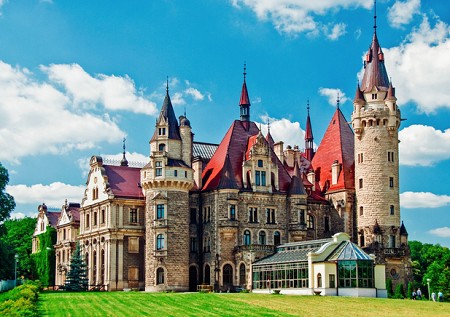 And the unbelievable Wieliczka Underground Salt Mine Cathedral, a UN World Heritage Site. 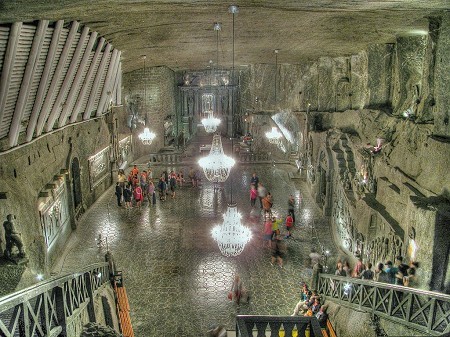 Not to mention the spectacular Tatras Alps on the southern border with the charming resort town of Zakopane: 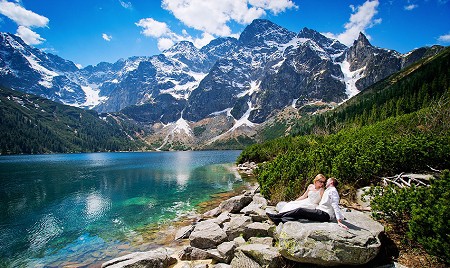 That’s just for openers. There’s too much for a compendium of it all here – but just take for example the best-preserved medieval town in Europe, the World Heritage Site of Torun, along with many other WHS places such as the Historic Center of Warsaw: 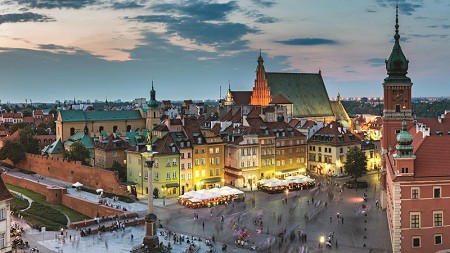 Sure, history is fascinating – but even more so is the future in Poland. There’s a Science Boom going on in its universities in Warsaw, Torun, Wroclaw, and Gdansk. A business boom all over.  Warsaw is rapidly becoming one of Europe’s most “in” cities for culture, arts, restaurants, and nightlife. 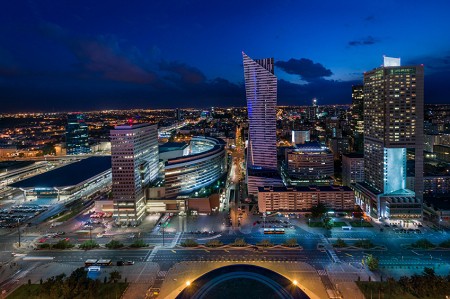 In sum, Poland may be a terrific place for Escape Artists to escape to. It’s where Europe is being saved once again.

How We Moved to Belize and Made It Work, Part 2

Soak Up the Beautiful English Countryside with These Great Destinations