The Real Pirates of the Caribbean - Escape Artist

The Real Pirates of the Caribbean 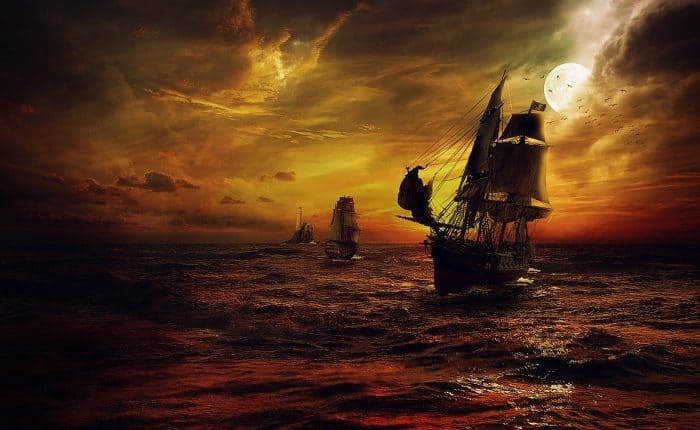 Since 1908 Hollywood has been romanticizing and idolizing the pirate –  With stars such as Gary Cooper, Douglas Fairbanks, Errol Flynn, Jean Harlow, Olivia de Havilland and of course Johnny Depp and his Pirates of the Caribbean, it is difficult to remember that many were cut-throat murderous thieves. Nonetheless, these privateers played an important role in the history of Colombia.

The value of their endeavours served to create better-fortified cities, supply the Spanish colonies when the Spanish crown was no longer able and most importantly aid Simon Bolivar in his liberation of Gran Colombia from the yoke of Spanish domination. Hector Quintana, our EscapeArtist Ecuador Ambassador has created a series of articles called ´´Pirates of the Pacific´´ where he examines and interviews expats currently living, working, playing and investing in Ecuador. We will dedicate our buccaneer tales to the real Pirates of the Caribbean. Over the next months here are some of these historical figures that we will examine:

(c. 1500 – 1560), known as “Robert Baal”. In 1540 when the Cartagena was still young and only surrounded by a wooden pallisade the French pirate Robert Baal invaded the city. After his departure, the city then set about strengthening its defences and surrounding itself with walled compounds and castles but this was a 200-year task.

(c. 1540 – 1596) vice admiral, second in command of the British fleet against the Spanish Armada, slaver, navigator he completed the second circumnavigation of the world 1577 – 1580)  and most importantly to the Spanish  – El Draque, the pirate. In 1585 Drake captured and burn a portion of Cartagena before extracting a large ranssom.

(c 1635 – 25 August 1688) was a Welsh privateer and admiral of the English Royal Navy who was infamous for his pirate activities in the Caribbean, against Spanish settlements. The islands of Providence and Saint Catherine were used as a headquarters and staging area for raids against the Spanish empire. These islands are now called Providencia, Santa Catalina and San Andres.

(1782 -1821)  was a military officer from Curaçao who rose to the rank of admiral in the Venezuelan and Colombian navies. in 1813, he became involved in the Venezuelan independence movement and a year later he was promoted to captian of a frigate by Simon Bolivar.

(1780 – 1860) Renato Beluche was born in New Orleans. He was a successful sea captian but privateer as well. He was active in the business affairs of the famous American pirate brothers – the Laffites but he spent 10 years in the service of Simon Bolivar in his quest for independence from Spain.

(c. 1788 – c. 1821)  was a French Corsair who volunteered his services to the Spanish colonies in their quest for freedom. He was received a commission as a commodore in the navy of New Granada – 1810 – 1816 (Colombia). In July 1818 Aury captured Providencia (the same island used by Henry on captured Spanish merchandise

(c. 1776 – c. 1823) was an infamous American pirate (probably born in France) who lived and worked from New Orleans. After becoming a persona non grata in the United States, he eventually made his way to Cartagena where he was granted a commission and a 40-ton schooner named General Santander. Supposedly he was wounded and died in battle in February 1823. The graphics attached are Public Domain images and can be found at the following links.

What to Look for When Buying Property Overseas

Filing Your Taxes While Living Abroad