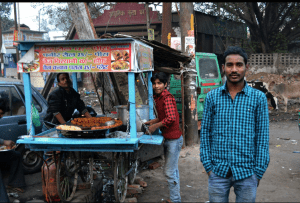 Taxpayers this past tax-filing season came in with low expectations and the IRS exceeded those expectations with horrific service. When pondering the saying “Death and Taxes,” filers this year may have chosen death.

The IRS switchboard dropped more than 8 million calls this past season. Callers spent more time on hold and saw their calls go unanswered. While the 2015 rates were sub-par, the 2016 rates were abysmal by comparison. Questions about returns were left unanswered while those seeking information from IRS representatives found silence as the call was dropped, according to the annual objectives report to Congress by the National Taxpayer Advocate.

Nina Olson is the head of an office developed to help taxpayers with IRS problems. Olson claims that the filing season was “generally successful” for those who did not require IRS assistance and filed their returns in what could be considered a routine manner. For those who needed assistance, the filing season was “by far the worst in memory,” according to Olson. She believes that IRS budget cuts imposed by Congress are the cause behind this effect, where funding was cut by more than $1.2 billion between federal fiscal years 2010 and 2015, according to the Treasury Inspector General for Tax Administration’s June report.

According to Olson, the IRS views itself as an enforcement agency, and the budget follows. The portion of the IRS budget allocated toward enforcement services is more than double the amount spent on taxpayer services. It is a “mistaken assumption” that the IRS can save money by ending direct contact with the taxpayer and relying on automated assistance services, Olson said. Concerning to the consumer is that the disaster this past filing season will not change the perspective of the IRS as it continues to enforce rather than working alongside the taxpayer. The enforcer title suggests continued problems moving forward, leaving the taxpayer with unanswered questions.

While the IRS has taken on the title of enforcer, it is rarely necessary to take action. Olson finds that “more than 98% of all tax revenue collected by the IRS is paid voluntarily and timely.” Less than 2% of revenue demands enforcement actions. So, if voluntary compliance declines as a result of decreasing taxpayer services, which appears to be the direction in which the IRS is headed, Olson states that it would be a “hollow victory” for the IRS. That is, if the IRS continues to focus the budget on enforcement and abandon taxpayer services, the 98% compliance rate will be weakened and there is no assurance that costly enforcement strategies will recover this money.

This is especially true for expat Americans or those with businesses or investments abroad. Your filing obligations are 10 fold more complex than a self employed person living in the United States and reporting on Schedule C. Also, your risk if you miss a form or file incorrectly are 100 times greater than a domestic filer.

I’m a big fan of self reliance, a cornerstone of the expat lifestyle. Without it, none of us would be where we are today. But, when it comes to your United States taxes, doing it yourself without any support from the IRS is a recipe for disaster. The penalties and risks are just too great.

I strongly suggest you hire a professional to prepare your US tax returns. Whether you are a full time expat or have a simple offshore LLC for asset protection, find someone you trust who has experience in this area.

I hope you have found this article helpful. If you would like a referral to a US tax expert, please send an email to info@premieroffshore.com. I will get you connected to someone who knows what they are doing and won’t charge you an arm and a leg.

Real Estate Trends to Be Observed In 2017

Garifuna Food in Belize at the Garifuna Restaurant in San Pedro

Your Bank is Watching