How Much Time Do I Have? - Escape Artist 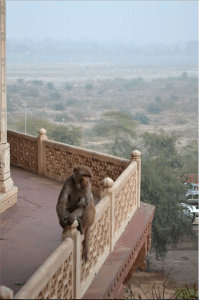 (Here is another article in a special series by Jeff Cantor, an expert on international/personal security and close-quarters combat.)

In the security business, I have faced a multitude of critical decisions that had to be made on short deadlines — sometimes days, hours, minutes, or even seconds.

Fortunately, the vast majority of the time I had the emotional discipline and the mental focus to make decisions that resulted in successful outcomes.

There were times when I was stateside and was awoken in the middle of the night by a call from the other side of the world – needing a rapid decision.

There were other times when I had to make split-second decisions on operational challenges, ones in which people’s lives were literally at stake.

And the one common thread that connected all of these decisions was “time.” I knew how to make the best use of the time I had to make the decision.

So much of what we do is time-sensitive. Even some of the most mundane things in our daily lives – such as walking the dog or getting to work – revolve around time management.

For myself, time has always been such a critical factor in determining outcomes, so I learned two really important lessons that I will share with you now.

No. 1: Make sure you have definite, accurate deadlines. When evaluating a challenge, make sure you know exactly how long you have to make a decision, perform the task, and achieve the goal.

Once when I was weeks into an anti-piracy operation, I had a difficult choice to make. A very lucrative offer for a stateside job had come onto my plate, and they needed an answer within 24 hours and boots on the ground in four days.

That meant I had to decide very quickly if I was going to stay and smell the sweet success of putting an end to a piracy operation which was extorting money from governments, companies, and people; or if I was going to get on a plane, put on a suit, and give dog-and-pony shows to upper-level executives to promote a new business concept.

“What if I had taken too long to make my decision?”

What if I had taken too long to make my decision? The company offering me the opportunity could have found another grunt to be their poster boy and the generous offer would have dried up.
Decisions like these, and others that are even more time-sensitive, are difficult because the challenge is always the same: too little time to evaluate too much information.

As an extreme example, if some thug ever attacks you, then you will have only a couple of seconds to react. Of course, in this case you will have to fall back on whatever training you have. You won’t have time to think, just act!

No. 2: You must decide what to do while the choice is still yours. You can’t wait for events or other people to make decisions for you – because it’s self-defeating and possibly dangerous.

Once, while in the middle of a jungle operation, I was chest-deep in a swamp for hours.

Aside from mosquitoes on steroids, there were venomous snakes and other dangerous critters both in the water and on the surrounding land – and nighttime was approaching very quickly.

We were tasked with extracting an asset who was being held in a jungle hideaway that was nearly surrounded by the swamp. And because it was nearly impossible to cross the swamp, our enemy already knew the best place to wait for our forces. They had a full complement of land forces dug in on the dry ground between us and the camp.

In order to enter the camp from dry ground, we had to create a diversion. By employing small arms fire from the swamp, we tricked their forces into believing that we were launching an all-out assault from the swamp.

The fake assault was so convincing that the enemy diverted the majority of their forces to the swamp to fight – creating a huge opening for my assault team to drive through and secure the asset.
Had I not decided quickly to launch a diversion from the very start of the attack, my choices would have shrunk dramatically as time passed. Eventually, the choice of when, where, and how to attack would no longer be mine.

We would have been forced to deal with our adversary’s decision under less-than-favorable conditions. Instead, we controlled and dominated the outcome.

How much time you have is clearly dependent upon the situation. But one thing is for sure, whether you are considering a change of lifestyle, a move overseas, a new business, or any other decision, controlling time allows you to think before you act and to construct a plan that includes contingencies.

My Favorite 5 things to do in Prague