Is a Gold War Coming? 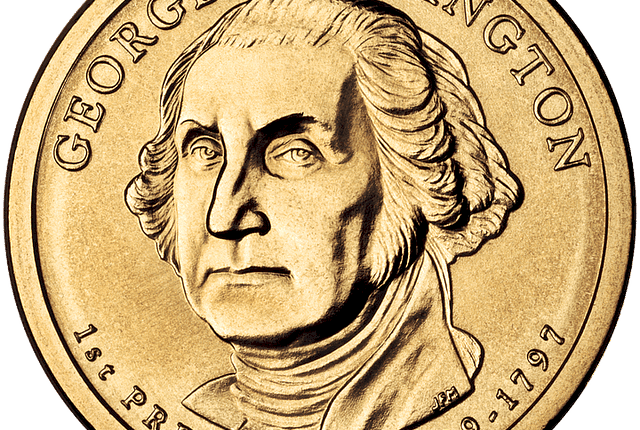 Some call it “financial martial law,” which is just another way of saying that those with economic power will come to outright dominate those with none. Who will those with power be? In short, they will be those with access to physical gold. Gold, being the most precious commodity anywhere in the world, will not be easy to access after the looming crisis. In fact, it will be all but impossible, unless you have secured your own reserve of physical gold and have direct access to it.

The U.S. dollar is supposedly the strongest currency in the world. If you look at the past 40 years of the U.S. Dollar Index, however, it becomes apparent that the dollar is artificially propped up, and actually displaying a downward trend overall, respective to both lows and highs. How can the dollar be so strong if 75% of Americans are living paycheck to paycheck?

Former U.S. President Ronald Reagan once said, “No great nation that has abandoned the gold standard has remained a great nation.” Indeed, though it has taken decades, the dollar is now in a state we have never before witnessed. The next big financial crisis in America isn’t going to be a banking crisis like the recession we entered into beginning in 2008. It will instead be a currency crisis, which is a much bigger problem.

When the dollar loses its premier status as the world’s reserve currency, a sharp decline in standard of living will result for all Americans. How will you defend your livelihood from a fiscal standpoint amidst the chaos and calamity of financial collapse? The dollar cannot endure as a store of value if the Federal Reserve continues to rampantly create more and more currency.

Gold hoarding is not a speculative investment. Instead, think of it as a form of insurance for other financial assets. When the bottom falls out of the economy, and currencies (namely the U.S. dollar) begin to plummet, owning physical gold to use as a financial shield against the drain on your portfolio will be the most steadfast defense you can have. Pension funds and IRAs will be wiped out. Anything left will go into government bonds, further inflating the biggest bubble in history. Again the government will be left with no option for keeping the dollar propped up but to print more money. For anyone who took a hit in the financial crisis of 2008, and most did, it’s easy to see why this is a problem and how it is already beginning to get away from us.

The trigger for this catastrophic event can be anything, anywhere. It can be Greece, it can be a single bank, government bonds, etc. Manipulation of the dollar is only postponing the inevitable crisis. Governments will continue to manipulate their currencies, however, because they hate high gold prices. High gold prices indicate central banks’ mismanagement of the economy, and the destruction of the value of paper money. Gold prices continue to rise over time, as does supply. There are 2,500 tons of gold mined per year, and 1,000 tons recycled, refined, and resold. China and India buy 2,000 tons per year. When the bond market does fail, gold will lift off.

It’s easy to see the importance of investing in physical gold, and how financial tensions around the globe could erupt into a rather frightening situation. Are you ready? As top wealth manager Egon Von Streyerz reminds us, “You can’t buy fire insurance after the fire.” To learn how you can invest in gold safely and profitably, click here.

Here are some great articles on Gold and the best place to store it in:

Escape the Fourth World, Pt. I