Financial Libertarianism: What Does It Entail? - Escape Artist 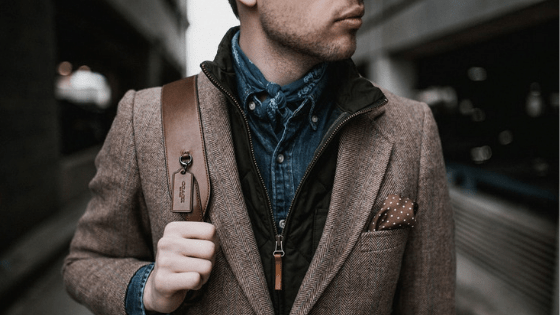 Of all the freedoms that humans are guaranteed by virtue of birth, financial and economic liberty is perhaps the most important. In a time where individually agency is tied directly to the income one generates; it really is true that money can buy you happiness. For the better part of the last century, entire emancipation movements have tied freedom to economic emancipation because of the range of choices it opens up to people and societies.

This train of thought can be traced back to the very roots of the philosophical freedom envisioned by thinkers like John Locke, Thomas Hobbes and Adam Smith. These three individuals, out of the many others who’ve set the grounds for liberal and libertarian thought gave the utmost regard to the economic agency.

Financial freedom is the cornerstone of American society and unfortunately, we are in a state of rebellion against the very structures that promised us that freedom. In light of the rising popularity of the concepts of welfare states and socialism; we stand at a crossroads where we need to decide if we’re willing to give up our hard earned property up to what is obvious coercion.

What is Libertarian Thought?

Before libertarianism takes the form of a political or an economic movement, it is above all else a way of living. Libertarian thought recognizes that all people have the right to live as they wish for as long as they do not harm other people through their actions. This of course then extends into political and economic freedom of all people in society. Libertarianism protects the right of the individual to do with their lives as they wish and to let people make whatever decisions they want to create a better life for themselves.

A secondary layer for Libertarian thought then comes down to political libertarianism, where social, financial and legal institutions are created such that the Libertarian way of life can be preserved. It seeks to create a society where no one is bound to the will of another person in the way they wish to live their lives. Economic and financial institutions as two major branches of society, they also function in a way that guarantees and enables people to pursue whatever economic activity that they wish.

As a financial libertarian, you would then want corporations to enjoy whatever freedoms they wish in the pursuit of profits for as long as these do not harm the society at large. Of course in a situation where corporations do overextend themselves and inadvertently or intentionally harm the people, the laws come into effect. For as long as a business doesn’t break any laws then it’s completely in the clear and therefore cannot be held liable for legal persecution considering that it hasn’t broken any laws.

The Importance of Private Property

The core of financial libertarianism is founded in the right to own private property. This entails that people can occupy and own certain pieces of land or capital to be used for their own benefit. If these things are acquired through lawful means or a valid exchange then there is no reason that they ought to be stripped of their property.

In a situation where governments strip someone of their land or their money, these cease to be libertarian democracies but instead autocratic despots that are bent on subjugating people.

The Advantages of Financial Libertarianism

Thankfully, we’ve come to a point in social development where we can’t question the value of freedom for society at large. Thinker realized a very long time ago that there is no one way of defining what the best way of life was and so no society could ever tell people what they can and cannot do. Thus we created what we now know as the free market where producers can produce what they want for people who can demand whatever they wanted.

Governmental regulation is a form of control that is very obviously contrary to the nature of libertarian thought. If governments began dictating what can and cannot be produced or what corporations can do with the money, then it’s implicitly also dictating what people can consume or earn. These regulations will obviously be founded on some understanding of what the “appropriate” form of consumption could be, an understanding which is generally considered logically impossible.

To ensure freedom in society, government intervention is kept at minimal levels in libertarian societies to allow economic agents the greatest extent of freedom possible. With this, libertarianism advocates for lower taxes, fewer restrictions in the market if any at all. Ultimately, a libertarian economic system will allow the fullest extent of freedom to economic entities without introducing undue restrictions on their behaviour.

The goal of economics or of setting up your own businesses is to actually make a profit through the sale of goods and services. This is why economic principles also assume that corporations will always seek out a profit and will not function if their activities are not profitable or if they reach a certain level of losses.

Taxation is often used as a way to curb the production of certain goods and services because if you cut off the supply of funds to the company (their profits) they’re obviously going to produce less. In a libertarian economic system, there’s little to no taxation ideally because with larger taxes a state would interfere with the demands of the consumer. As it increasingly reduces the producer’s capacity to produce what the people want, the people can no longer consume what they want and are economically restricted.

20 Reasons To Consider Working In Singapore

Top 5 Ways to Make Money as a Digital Nomad