Falling Victim to Crime and How to Avoid It - Escape Artist 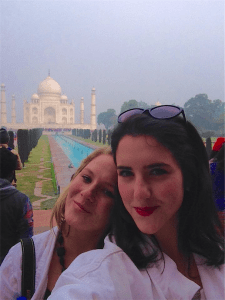 (Here is another in a special series of articles by Jeff Cantor, kidnap & ransom response specialist and expert on international security and personal security)

Being aware of your surroundings is absolutely critical in today’s vastly different environment.

Everyday life has become so dangerous that practicing “good situational awareness” should become a regular habit.
Why does this make sense? Because criminals look for targets that are “easy” or “soft,” meaning those who are not paying attention!

And bad things do not only happen at night. Crimes are committed in broad daylight every day all over the world. Here are some recent examples:

Some creep attempted to kidnap a 13-year-old girl in Florida while she was walking home from school.

Then there was the woman who was brutally attacked and mugged in broad daylight in Manhattan as she walked through Chinatown. She was not only robbed of her belongings, but slammed to the ground and suffered a cut to the back of her head.

In Charlotte, North Carolina, a 67-year-old woman was tossed to the pavement and carjacked by two thugs. After surviving the vicious attack, the woman said, “I didn’t see anything. I don’t know where he was hiding, I don’t have a clue.”

All of these people and many, many more who have been victims of vicious attacks were all robbed of the same thing … their sense of safety.

Most people live complacent lives, their senses and instincts dulled by daily patterns until they no longer recognize danger until it’s too late.
The only inoculation for disrupting the attacker’s plan is by training your mind to recognize pre-attack indicators. The more quickly you can recognize these indicators, the greater tactical advantage you will have over the criminals.

Here are four important pre-assault indicators you need to recognize:

1. Prolonged Eye Contact
Did you ever have a situation where someone was looking directly at you for a bit too long? In most cases, this is aggressive behavior, and it can be an immediate sign that something bad is about to happen. Many times this behavior precedes a direct attack.

2. Quick Looks
Robbers, pickpockets, and other crooks often steal furtive glances as they evaluate places or people as targets. They may also be looking out for the cops, or anyone else who might interfere with their plot. Many times an attacker will fixate on the area of your body that will be attacked.

3. Physiological Changes
Sometimes criminals will exhibit physical behaviors as they prepare to strike. Stress could cause tremors, quickened breathing, heavy sweating, and dilated pupils. Signs of aggression include a puffed out chest, flared nostrils, clenching fists, and swinging or flailing arms. These physiological changes could also be caused by anger or agitation, as well as drugs and alcohol.

You should become wary around people who seem to stand out as a little too “cool, calm, and collected.” This is especially true in loud, threatening, or simply chaotic situations. Suspicious characters can be calm because they’re emotionless sociopaths or because they’re experienced fighters, perhaps with martial arts training. Maybe not, but why take the risk? Steer clear.

Consciously evaluate every individual along with the circumstances. If you get a bad vibe, then take the initiative – make a plan and execute it before they get a chance to attack.

“Be wary around people who stand out as a little too cool, calm, and collected.”

4.Tactical or Combative Maneuvering
You’ll spot this most easily when two or more criminals have chosen you as their victim.

But you can spot it with single attackers, too. For example, you’re walking in the mall and a man passes you going the other way. A few yards later, you’re window-shopping when you notice the man is now behind you, also window shopping. Clearly, he changed direction to follow you, perhaps to snag your purse or maybe much worse.

A group of attackers is much more dangerous, because they have more options. One can distract you while another attacks. When someone asks for the time, I never look at my watch or smartphone. I tend to stay focused on my immediate environment while scanning and backing away to look for another attacker before I decide whether to answer them or not.

Three or more attackers can spread out like a wolf pack and herd you toward someplace where there’s no place to run and no one to help. They can drag you into a waiting car or van. And of course, they can simply surround you and attack at once.

So it’s very important to keep an eye out for people who seem to be acting in concert, even though they’re not obviously together. Look for people who move with you or who work to keep up with you when you change direction.

Consciously using these pre-assault indicators can help you recognize attackers before they strike. The more you use them, the better you will get at seeing potential trouble.

Your mind is your greatest weapon, as it directs all conscious thought, movement, and functions in your body. It can also assess danger and determine how to avoid it before the assailant can even get close enough to jump you.

Nothing is written in stone, and there is no surefire tactic in conflict. But one thing is for sure: If you hesitate, you will be forced to react instead of act. From that moment on, your actions will be determined by what the assailant does. And that puts you in a truly inferior tactical position.

If you want to win, train your mindset so that you are best equipped to focus on behaving in a decisive and confident manner. Develop physical skills to prepare yourself for the expected and unexpected challenges of conflict. Learn to take action so YOU control the outcomes.

Mike and Carol Hit the Trail

Visiting Venice? How to Get to Venice from Marco Polo Airport

5 Things You Can Only Do By Retiring Abroad