Can You Be an American if You Choose to Live Outside of the U.S.A? 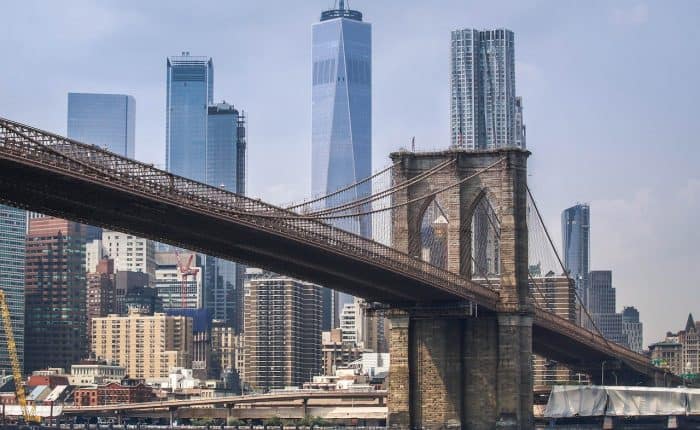 With the passing of the 4th of July, many Americans living, working, and retiring abroad might be considering what it really means to be an American. Some may have even heard from family or friends that, because they have decided to live abroad, they are no longer true “Americans.”

This certainly is an intriguing question. What makes it even more intriguing is that this is a question without a definitive answer, and one that in all honesty may have many different, even contradictory, answers. I won’t claim to have the right answer, but I certainly have one for myself.

First of all, my personal answer to this question would be a resounding…YES! Of course you can still be an American if you don’t live in the United States. The idea that one stops being an American once they leave the country is an absolutely ridiculous one.

This is just my opinion, of course, and many people will have differing, yet equally valid perspectives. That, in fact, is the beauty of being an American: having the freedom to choose whether or not the American label applies to you. What I will say, as a more direct statement, is that living outside of the United States is not a concrete indictment of one’s willingness to be an American. Of course, the choice to cease being an American still exists, and many people make this decision, but it’s a choice for each individual to make for themselves.

There are several directions from which to address this intriguing question. Certain legal, cultural, and ideological factors can help to objectively define one as an “American.”

We could begin this discussion on a strictly legal basis. According to the law, an American living abroad is still an American citizen. Even if a person born in the United States moves to another country, they are still an American citizen as long as they don’t renounce their citizenship. So, by a strict legal definition, Americans living in foreign countries, for whatever length of time, are indeed still Americans. But of course, being an “American” goes so much deeper than what the law defines.

Staying actively involved in American politics, for example, is very important to me. This is because I still identify as an American, and I find it important to keep up to date with what is happening with my country and its people. Heck, beyond just finding it important, I find it interesting. After all, the U.S. is my country, and its politics affect my fellow citizens.

I still read about American news and I follow the hot topics. I discuss them with friends and family, both outside of the United States and within. Just because I don’t personally reside within the borders of the United States, does not mean that I have lost my American identity.

In a cultural sense, I still identify closely as an American while living abroad. Similarly, I would personally classify other expats from the U.S. who stay active with the politics, culture, and people of their homeland to be Americans as well.

I do indeed care about the politics of my new home country, Nicaragua. The decisions made here affect me on a daily, immediate basis. But when it comes down to it, the United States is where I was born, where I grew up, where my family is, where my oldest friends are, and where I first learned to call home. Staying active in the culture and the politics of the United States is very important to me. For example, I have made sure to send in an absentee ballot for the upcoming elections this November.

And this is where the ideological aspect comes into play. Being an American means being committed to the ideals of that country. It means being committed to the democratic process. Ideologically, America’s spirit of hard work, innovation, and individual ability to create opportunity and success are all core values associated with the American identity. I still carry these values with me as I live abroad, and many expats will tell you that they do as well.

But this is just one man’s opinion. What is beautiful about being an American is the personal freedom it provides. Freedom, true freedom, means that we can make our own choices, our own definitions. I’m sure that there are a lot of expats out there who have moved away from the United States in order to disassociate themselves from their native land. That decision is up to them. The ability to leave and become something else is part of the freedom that Americans enjoy. The freedom that they were brought up with. Being American isn’t like being labelled with a fiery branding iron, forced to wear that symbol for life. It’s an identity that people can choose whether or not they want to keep. One thing I know for certain, however, is that something as simple as living in another country doesn’t automatically strip expats of their American identity.

What do you think? Many of you are expats, or have spent considerable time outside of the United States. Do you believe that national identity is left and picked up at the customs office, or that it runs deeper?

I hope you enjoyed Can You Be an American if You Choose to Live Outside of the U.S.A.? Here are a few articles that I think you will love!

Benefits of a Foreign Trust