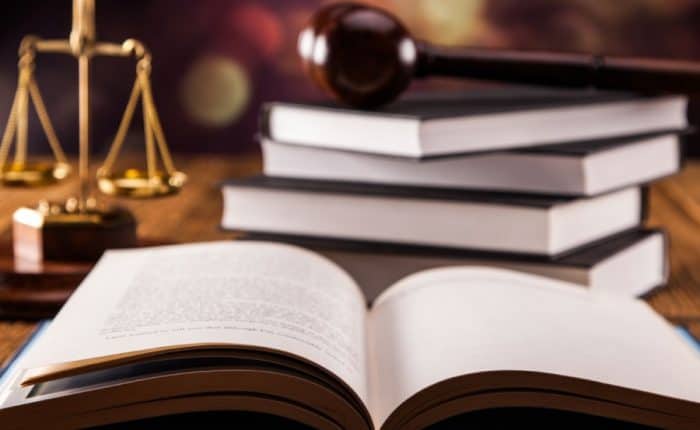 Many people don’t give much thought to the difference between civil law and common law until some sort of legal issues arises. At that point, they begin to wonder why their legal counsels are making references to one or the other. Aren’t they all pretty much the same?  The fact is that there are specific differences between common law and civil law. There are also some similarities that can confuse those not familiar with either type of law. So let’s discuss the 7 Key Differences Between Common Law and Civil Law.

In many countries around the world, both types of law come into play depending on the nature of what has taken place. While there are likely to be individual statutes and precedents that vary somewhat from country to country, the aspects that define common law and civil law remain much the same wherever you happen to be.

Here are some of the key differences that you are likely to come across.


1. The Role Of Legal Precedents

One difference has to do with the process of setting legal precedents. This is a function that is associated with common law. The goal is to evaluate a case in the light of what occurred and how those actions relate to laws that are already in place.

Attorneys will argue for or against the relevancy of one or more precedents when pleading their cases. They may also introduce recognized legal scholars into the proceedings as a means of promoting a specific precedent and its application to the case at hand, although the influence of legal scholars is somewhat limited.

The court may or may not consider a specific precedent as being relevant to the case. If the court does determine that it’s relevant, the outcome of the present case may be applied to similar cases in the future.

While some laws are enacted based on past court rulings, it’s also possible for laws to come into being using the legislative process. This is where the concept of civil law comes into play.

Elected or appointed representatives prepare, evaluate, and ultimately vote on whether a new law will be passed and considered binding in the future. This results in a written constitution of laws that apply to everyone living within that jurisdiction. This is generally considered a characteristic of civil law and leaves much less room for interpretation.

In a civil case, the role of the lawyer is to protect the rights of his or her client, either by offering a prosecution or a defense. Civil law has to do with legal actions that are not considered criminal in and of themselves. However, it’s sometimes possible to file a civil action against an individual or an entity after a criminal conviction takes place, or even if the attempt at criminal prosecution is not successful.

Aspects of common law govern actions that are defined as crimes by current laws. This would include cases where assault, theft, murder, or other actions currently considered crimes are the focus. The ruling in the case is based on whether or not the weight of evidence indicates guilt. The deciding party in a criminal case may be a judge or a jury. Based on the verdict rendered by the jury, the judge will then pass sentence based on past legal precedents.

Within common law, judicial actions are considered binding. That’s because they are made based on precedent, the ability to present reasonable doubt or not, and in many countries a presumption of innocence unless it’s possible to prove otherwise.

Civil law comes into play when there are claims of negligence or other injuries that are not related to alleged criminal activities. This could include cases that involve personal injury, damage to property, or other negative effects that occur due to the intentional or unintentional negligent actions allegedly taken by the accused.

With civil cases, the outcome focuses solely on the plaintiff and the defendant. For example, if there’s a dispute about the terms governing an offshore term deposit account, the court’s ruling will only affect the bank where the account is established and the account holder. That outcome does not impact any third party. It’s true that the outcome could create the grounds for new judicial or legislative action that results in a law. However, the award granted, or decision made by the court only applies to this specific case and does not establish specific punitive damages for any future cases.

Judges and courts in many nations make decisions or pass judgments based on a variety of factors. Those who function within the realm of the criminal courts rely heavily on the binding actions of past criminal courts. They are also sworn to uphold current criminal laws. The same court or a higher court may overturn the decision. There is also some potential for the decision to be overturned by legislation.

Within a civil court, precedents do carry some weight, as do the opinions of legal scholars. What’s different is the judge is not necessarily bound to follow a narrow interpretation of current laws. The focus is more on how those laws apply in the case at hand. In rendering a decision, the court may establish the groundwork for eventually altering, expanding, or otherwise changing a law that has been in effect for some time. There is also often an appeals process that makes it possible for another court to review and possibly reverse the lower court’s decision.

To sum up the differences, common law does not necessarily rely on codified laws or a written constitution. Civil law is typically codified within current laws or within a constitution.

Common law often focuses on alleged criminal activity, while civil law is more likely to deal with damages or injuries related to negligence. Decisions within common law are considered binding in general, while the decisions in a civil case apply to that case only.

6. Contracts And The Laws Governing Them

Contracts may also serve as the basis for a criminal or civil case. In general, common law applies when the terms of agreement or contract are subject to private laws. There are usually few provisions implied by law within those agreements. The terms are usually specific.

With a contract that includes a wider range of implied provisions rather than expressed provisions, settling a dispute is more likely to involve pursuing a civil case. Much depends on how the court believes those provisions align with the implied application of current laws. This can be especially helpful to understand if you’re pursing a case that involves some sort of offshore account, since a review of financial laws and how they apply to the contract will be essential.

Remember that even if you’re not sure how to seek reparations through the legal system, your attorney can evaluate the merits of your case and determine the most practical way to pursue it. In the best-case scenario, the outcome will be in your favor.

I hope you enjoyed this article: 7 Key Differences Between Common Law and Civil Law. Here are a few articles I know you’ll enjoy reading:

If you have any questions about banking in Belize, please contact us here.