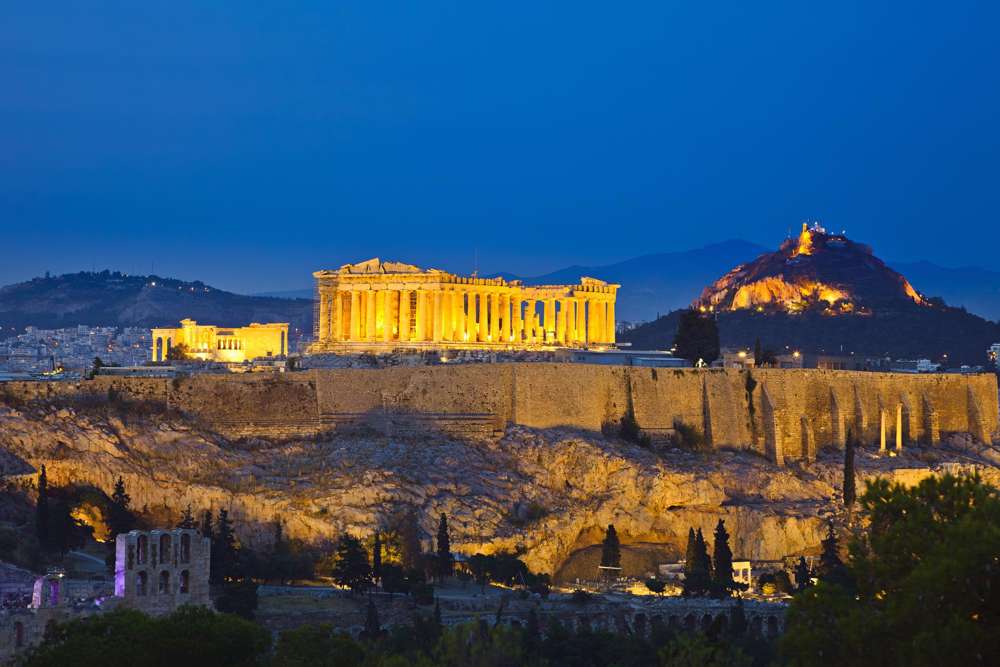 The weakening of the Greek economy, which began in 2009, is slowing down. The country’s unemployment rate has been declining for a few years, and the International Monetary Fund (IMF) expects the country’s GDP to grow in 2017. In a survey by PwC, today´s Greece is now characterized as “more modern,” and the interest in Athens among international investors is clear: a consortium from the Middle East bought the Astir Palace hotel, while businessmen from Qatar and Dubai plan to redevelop the city’s former Hellinikon International Airport, which closed in 2001.

How is the real estate market in Greece’s capital doing eight years since the economic crisis that devastated the country? Analysts from international real estate broker Tranio look at what Athens offers international investors. 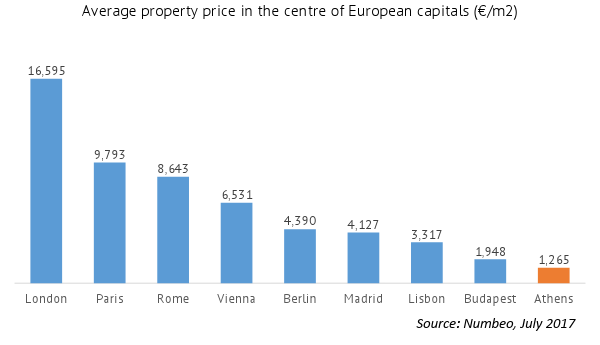 Since 2008, property prices in Athens have fallen by approximately 44%. But this decline is slowing down. According to the Bank of Greece, in 2016, the price per square meter decreased by 1.8%, which is 3.5 percentage points lower than in 2015. According to more optimistic estimates by the Global Property Guide, it grew by 0.15% after adjusting for inflation. 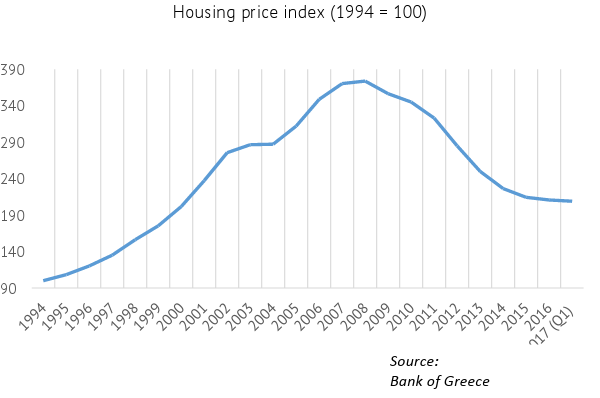 Demand for property is growing, while the volume of construction is declining. According to the Hellenic Statistical Authority (ELSTAT), the number of real estate transactions in Athens grew by 28% year-on-year in 2015. The central neighborhoods and southern suburbs of Athens are especially popular. In 2015, the number of tourists who booked accommodations in the Koukaki neighborhood via Airbnb increased by 800%. 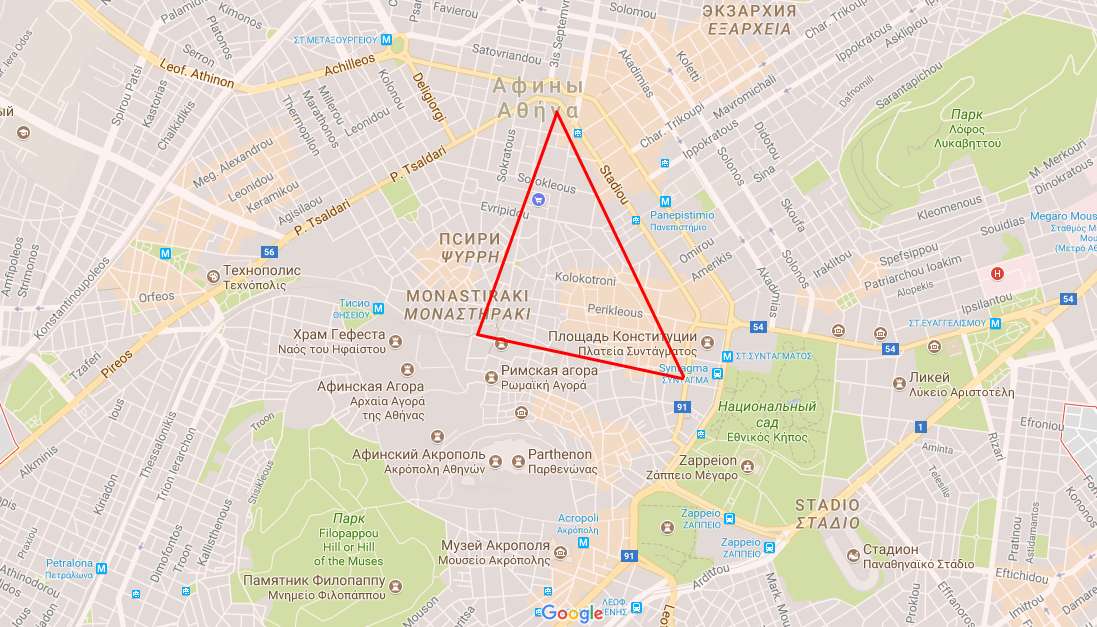 According to Greek media outlet, Kathimerini, flats located between Monastiraki, Omonia, and Syntagma squares are almost unavailable to local residents – in most cases, they are already leased to international tourists.

According to the Global Property Guide, the number of construction permits issued in Athens shrank by 1.4% during the same year. Generally, resale properties are performing better than new builds. According to the Bank of Greece, prices of new builds have fallen more significantly (1.7%) than properties built more than 5 years ago (1.2%). This is partly due to the peculiarities of Greece’s tax system, in which buyers of new-build flats pay 24% of the property’s cadastral value in VAT – while projects for which permits were issued before 2006, buyers only have to pay a transfer tax, which amounts to about 3%.

In general, the sentiment among analysts towards the prospects of the Greek property market can be characterized as moderately optimistic. PwC expects prices per square meter to grow by about 0.6% per annum.

The situation is different in the market segment related to tourism. Athens is the country’s tourist capital and attracts visitors regardless of the country’s economic circumstances, thanks to its well-preserved cultural heritage and comfortable climate, especially with rival destinations — Turkey, Egypt, France, and Spain — being seen as unstable.

According to the Greek Tourism Confederation (SETE), in 2016, the capital attracted every third international tourist to the country, which is 1.5 times more than the second-most popular city, Heraklion. The number of international tourist arrivals in Athens grew by about 16% annually between 2012 and 2016, from 2.6 million to 4.5 million. Tourism makes the city a promising destination for property investors who buy centrally located flats for short-term tourist lease.

Demand from foreign investors is currently being fuelled by cheap Golden Visas: in which a Greek residence permit can be obtained through the purchase of a property of at least €250,000. In the rival markets of Spain and Portugal, the prices for Golden Visa investments start at €500,000, while in Latvia, an obligatory fee raises the threshold to €262,700. 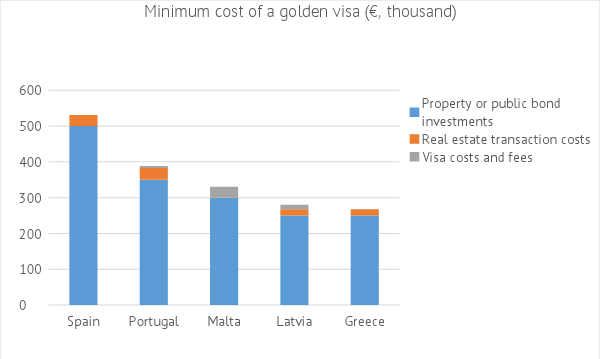 Greece is becoming increasingly popular among investors seeking Golden Visas. In 2013, the first year of the program, the

A revival can already be seen in the Athens hotel market. In the past two years, several major hotel chains, including Wyndham and Aman have entered the market. In June 2017, Hines bought one of the city’s most famous buildings, Athens Ledra, a former Marriott hotel. Investors who want to profit from tourist leases or the potential growth of the property market are advised to start acting now.

Tranio.com is an international overseas property broker with a network of 700 partners worldwide and a catalogue of more than 110,000 listings in 65 countries. The company publishes daily news, high quality analysis on foreign realty, expert advice, and notes on laws and procedures related to buying and leasing properties abroad so that readers can make their property decisions with confidence.

Athens Real Estate: The Last Chance to Grab a Bargain Before the Economy Picks Up