What are the ways to go about getting a second passport? 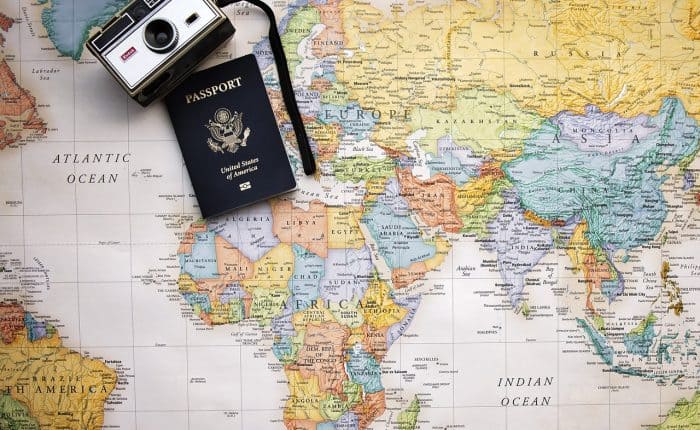 Let’s discuss Second Passports. There are a variety of ways that one can get a second passport. Generally one receives the citizenship of either the place they are born or the citizenship of their parents. For many people, this is one and the same. If you were born in Nebraska and your parents are American, then your first citizenship and passport is the US.

But, if for example your mother was from Canada and your father was from the US, then you’d be entitled to both US and Canadian citizenship and you would be a “dual” national. More and more people are born dual nationals today.

If you were born in the US from US parents, but you had a grandparent from a number of countries, such as Ireland, then you would initially be a US citizen, but could then go a “claim” your nationality based on ancestry. With nationality based on ancestry, you do not go through any naturalization process (explained below), to become a citizen, but rather are stating your case that you were always a citizen of that country but simply never recognized as such. If your grandparents are from Ireland, the UK, France, Germany, Italy, Austria, Hungary and a number of other European countries, you may be able to claim citizenship based on ancestry. This is probably the easiest and cheapest way to get a second citizenship if you can qualify.

After citizenship by ancestry, there are really two ways that one can become a citizen of another country. The process is referred to as a “naturalization” and occurs when someone not from a country goes through the processes and procedures to become a citizen of that country. While every country has its own process governing the naturalization process, most countries offer one of two methods (or both methods) to acquire second citizenship.

Remember that the period of legal residency is predicated upon a person having legal residency to start.‎ If someone enters a country illegally and stays for any period of time, the time spent will generally not lead to legal residency or citizenship. Personally, I like Portugal as a very flexible country when it comes to residency. There are so many different ways from getting a job, to making an investment, buying property or simply having sufficient means to support one’s self‎ that can be the basis of legal residency. I particularly like the “golden visa” because of the very flexible amount of time that one can spend in Portugal to maintain that residency status in the five years leading up to naturalization.

The second method of acquiring citizenship can be referred to as “fast track” citizenship, “citizenship by investment” or “economic citizenship”. This method of becoming a citizen generally shortens the residency requirement or eliminates it altogether. The US’ EB5 program is a very good example of how to fast track citizenship works. Under the EB5 program, a foreign investor can invest $1 million or more into a new or existing US business which creates at least ten new jobs and they immediately qualify for residency, which in turn leads to fast track permanent residency “green card” and US citizenship.

In Austria, one must invest 10 million euros (approximately $11.5) and create at least ten new jobs to get fast track Austrian citizenship. Many people believe Austrian citizenship is one of the best citizenship and second passports one might acquire but obviously only for those of considerable means.

In Malta, the total government costs, fees, expenses and “investment” is $1 million, only there really is no “investment”, but rather a simple payment to the Government of Malta that you will never recoup.‎ Nevertheless, the Maltese passport is also one of the best in the world and confers the ability to live and work throughout Europe as well as visa-free travel to the United States and 150 other countries around the world which makes it very sought after.

Cyprus also has an interesting program. There are a couple of ways to qualify, but the easiest for those with sufficient means is to buy Cypriot real estate of over 2 million euros which you must hold for three years. The passport itself can be obtained within 90 days of acquiring the real estate and passing all of the background checks. This makes Cyprus one of the fastest second citizenship and passports to obtain.

If you don’t have millions to spend on a passport, there are also a variety of second citizenship programs in the Caribbean which range from $100,000 to half a million. These programs also can be accessed by making a donation to a government fund such as the St. Kitts “sugar fund” to help retrain displaced workers, or by purchasing property or through other investment. Again these programs can be very fast with a second passport obtained in a year or less.

I hope that you found this general overview on second passports to be useful. Next week we will talk about why people want to have a second passport.

For information on Second Passports or Second Residency, please contact us HERE

Here is a great article on Nicaragua and Second Residency.  I know you’ll love the read.

Ambassador Joel Nagel is a U.S. licensed attorney who specializes in international business tax planning and offshore asset protection. Mr. Nagel has been practicing for over 20 years and is considered one of the top experts in planning, structuring, and operating an offshore business in a tax efficient manner. He is also the former Ambassador for Belize to Austria.

Joel Nagel sits on the boards of a wide variety of global companies including banks, real estate developers and online publishers. He brings a unique skill set and real world experience to each engagement.

Joel is a hands-on, in the trenches lawyer working on behalf of his clients. No matter the size or scope of your offshore business, he’s “been there and done that.”

Islands of Mystery and Legend II