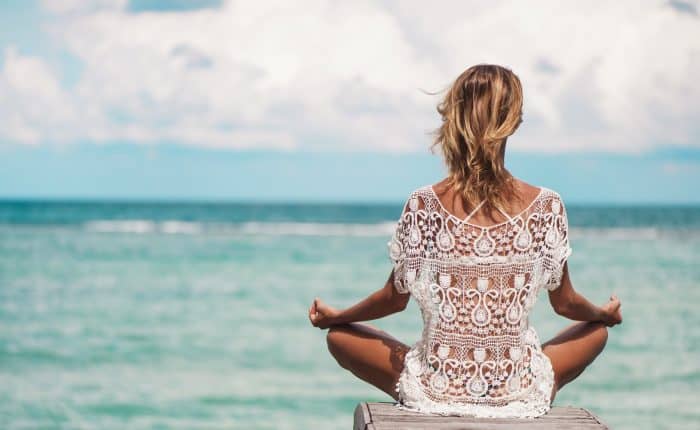 Tourism is an increasingly significant part of the global economy, generating nearly 10.4% of the entire world’s GDP and nearly 319 million jobs worldwide. Much of this growth is attributed to the development of countries in South and Central America—like Brazil, Uruguay, and Argentina, among others. Other smaller nations are also beginning to realize the revenue potential for tourism services and are jumping on the bandwagon as well.

One of these nations that is experiencing significant growth in the number of foreign visitors and major economic shifts, as a result, is Belize. These impacts are most visible in the real estate and aviation sector, as major players in both industries have been making moves to develop a stronger foothold in the country.  One announcement that many mainstream travelers are excited for is the Belize Marriott Residences Ambergris Caye Resort, a hotel and residential property in San Pedro.

The growth in the Belizean tourism sector has been nothing short of impressive. The country witnessed a 6.6% growth in the number of overnight tourist stays and hosted over 143,000 visitors over the last year. While the number of Americans coming into the country has remained relatively stagnant, the share of other nationalities of the total make-up of tourists has increased significantly.  These numbers represent over a 100% increase in the number of visitors to Belize.

Recognizing the potentials in the region for higher profits and revenues, many major hotel chains have decided to set-up operations in the country. Back in 2017, major players in the hospitality industry including Hilton moved to open a new resort in the country. Similar luxury tourist projects are planned across the cayes that make up the Belizean country.

The investments made by these hotel groups have introduced major structural changes in the real estate market, owing to the improvements in the surrounding infrastructure. As the surrounding landscape improves, market perceptions about the livability of the region also change for the better. These changes have effectively raised the values of properties throughout the country—which brings me to the next section of this piece.

The Impact of Tourism on Real Estate in Belize

As more tourists come to Belize, there’s less land to go around as more people demand places to live and stay in. This increase in the influx of tourists into the country effectively represents a significant increase in demand for housing, which is causing a hike in property prices throughout the country. Reports indicate that housing prices increased by as much as 7% in 2018 because of greater tourist volumes.

The trends are similar for rental income in the region, with homeowners reporting the average rent for an apartment in the cities has reached the $650 mark. For this reason, investments are flowing in from around the world as people try to get a bigger piece of the action in Belize.

Marriott announced last year that they’re setting up a hotel in Belize to compete with the other hotel chains in the region. They’re working with ECI Developments and generating investments for these new condos with funds from investors who want to own property in Belize. This project basically includes 202 brand-new turnkey condos at affordable rates.

As it stands, ECI Development is retaining ownership of 60% of these condos, making 68 available for private, fully-titled ownership.  At the time of writing this, there are only 26 left for you to invest in. The features of the project include:

You can also opt for a wide range of financing options of up to 50% loan-to-value with CIBL, the terms are as follows:

Why Make an Investment in Marriott

Marriott THE biggest hotel chain in the world.  For them to move into a market like Belize can only signal good things for investors in real estate. Currently, many of the tourists coming into Belize have little options with respect to the service available to them—Belize isn’t one of the most well-developed nations in the world. The arrival of Marriott on the scene is a huge step in how tourism will work for Belize.  Plus, with this opportunity specifically, you are invited to become part of a transformation of the entire tourism industry. Considering the number of people who can afford and want a better vacation experience, the Marriott will capture much of the market share from existing hotel chains in the region. With this higher market size, we expect that there is no other real estate investment that will be as profitable as this one.

Secondly, this is one of the fastest ways to acquire property in Belize at the moment. The condos are all ready— the title deeds are also prepared. The people at ECI Developments are basically just waiting for people to pay them, and they’ll hand over the keys to the place. With a property in Belize, you’ll find it easier to gain access to one of the best financial service systems in the world to make the most of your existing wealth.

Belize is a great place to live in and an even better place to own a branded rental condo. Since the country’s very likely going to become a major hub of global tourism, there are few better places in the world to make your investments. A player like Marriott in the market is going to significantly raise the demand for property in the region, and you have the option of getting ahead of the curve with this possibility. If you’re interested, you should get in touch with ECI development to see what you need to do to get your name on a condo that is projected to generate very lucrative payouts.

We have an amazing country guide for Belize.  You can download it for FREE HERE!  Enjoy!

I hope you really enjoyed this great article: Tourism Developments in Belize—Implications for Real Estate Investors. I would also like to encourage you to read these articles on Belize.  Get to know the country!

US Spending $5.5b to Keep Up with Panama

What Are The Costs Of Retiring In Mexico?