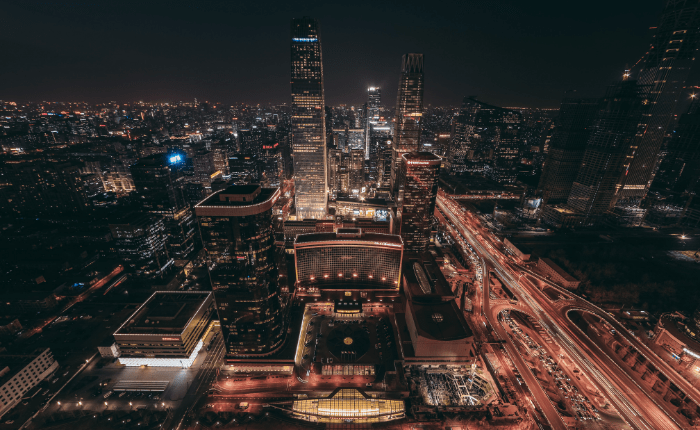 We’re all in agreement that the current financial system is designed to enrich a few and rob the many, right? Great, I don’t need to explain how that works.

In September 2017, I found a way to get around all the barriers, the restrictions, and the rules meant to keep people out.

Specifically, I found a profitable triangular arbitrage for the China Cryptocurrency.

It began with curiosity. While perusing coinmarketcap.com, I noticed that on some exchanges bitcoin and Ethereum were trading at a 5-10% premium or discount!

The opportunity bells went off as I realized many of these exchanges were based in China, where I was living at the time.

I did some initial calculations, including the withdrawal fees from the various exchanges, RMB to USD conversion, and more. The numbers still checked out.

(RMB is the Chinese name for their currency: 人民币 rénmínbì means “the people’s coin.”)

Initial calculations became an Excel spreadsheet, complete with percentage points, conditional formatting, the works! All I needed to do was update the US dollar to Chinese RMB rate, input the prices for bitcoin and a few other coins, and it would tell me where the opportunities were! It was beautiful.

At that time uploading Chinese RMB to a bitcoin exchange like Huobi was a breeze. They sent you a bank account number, you used online banking to send the RMB and within 30 minutes you had your RMB on their platform ready to buy bitcoin.

Compare that with American-based Coinbase which often takes 7-10 days for the dollar transfer to become available on their site, thanks to the wonderfully inefficient SWIFT banking system.

Huh. Thirty minutes or seven days. I wonder which speed will help an economy grow faster?

Do you know how Donald Trump kept promising to make America great again? I wonder why he’s never mentioned that, or the Federal Reserve…

Don’t worry. Trust the plan. What a joke.

Getting the Money Into The System

Anyway, getting money into the system was simple. The rest of the process was straightforward:

How Do I Convert the Dollar to RMB

Getting the dollars converted to RMB was the part that needed some creativity.

I racked my brain, going on long walks through the jungly forest where I lived.

Friends who worked at my bank warned me to tread lightly. Having recurring large amounts of cash come into my account would raise suspicions, especially as a foreigner.

I thought about using my American debit card at a Chinese ATM. I found out my US bank had a partnership with a nearby bank just five miles down the road. My banking friends advised me against this as well.

So I phoned a friend. A Chinese man I had only met once, at a birthday party. However, he showed me an article from Zerohedge and I said: “Whoa, you know Zerohedge?”

I told him I had an idea to make some money but I needed his advice. He invited me to his office.

We drank tea. It burned my mouth. He told me about the origin of the different tea leaves. That’s not my cup of tea, but I listened respectfully.

I told him my idea and showed him my Excel sheet. He was interested. I had to educate him on what bitcoin actually was, but when he saw the profit potential of my idea, he was intrigued.

I told him I wasn’t sure the best way to get the dollars converted to RMB and back into China. He paused, thought, and had an idea.

I could wire the dollars from my American bank account to his Hong Kong bank account. From there, he could use his local-people magic to get that money back into China in RMB form. He told me he could get a better exchange rate than the banks could. We would split the profit 50/50 and repeat the process.

If we could get at least 3% each time, he said, he knew people who had a lot of money to invest in opportunities like this.

I was thrilled. The missing piece of the puzzle had fallen into place. Could I trust this guy though? I had only met him once and many foreigners had horror stories of working with local Chinese businessmen.

I’d like to address this point. I have found that there are good people and bad people spread out all over this planet. The ones whom you find and attract exactly match your own level of consciousness and goodness.

My Chinese partner, we’ll call him Anthony, wanted to do a test. If it was successful, he would tell his friends.

Anthony was a person who grew up in Shenzhen. People who had done that had basically won the lottery.

You see, forty years ago the area of Shenzhen was a fishing village. Being across a river from Hong Kong, Deng Xiaoping declared this area a “Special Economic Zone”. Basically overnight, a tiny fishing village grew from a few thousand to tens of millions of people.

Those who already owned land in this area, like Anthony’s family, became extremely wealthy. For a quick overview, you can watch this video. Plus, the local Guangdong people (Shenzhen’s province) have been traders for thousands of years. The ancient port of Guangzhou (or Canton) is right up the river. They know how to make money.

Back to our story

It came. I bought! Quickly ensuring that I had the correct bitcoin address (I was so excited), I transferred the bitcoin to Coinbase.

Pacing back and forth in my neighbor’s patio, I waited for the agonizingly slow hour for it to arrive.

It arrived and I cashed out, resisting the urge to wait and “see if it goes a little higher.” Don’t be greedy! Take the profit! Anthony had insisted.

I sent the dollars to my bank account and let Anthony know it had worked. Then I celebrated.

The day after it arrived in my US bank account, I met Anthony at a coffee shop in one of Shenzhen’s many malls. I showed him the balance in my account. Double checking our calculations, we were thrilled that it had worked!

We triple checked the wire details to Hong Kong and sent it out.

The next day, he told me the US dollars were safely in his Hong Kong bank account. The day after that, he sent me my portion of the profit as well as the original amount I had put in.

The dream had become a reality.

Living in China, I had been added to a few large groups related to cryptocurrency. It was basically like a Reddit or Facebook group that wasn’t blocked.

In those groups, there were rumblings that China was about to make a “serious move” related to bitcoin. I’d be lying if I wasn’t uneasy, but I put on a confident face.

As I was still basking in the glow of my accomplishment, the rumors intensified. Bitcoin was in trouble in China, they said. Something big is happening, they said.

There was a story published in the government-run Xinhua News Agency about a “ban on bitcoin.” Chinese exchanges tweeted that they hadn’t heard anything.

I didn’t want to believe it. It couldn’t be true.

One gentleman in such a group reposted this story and said it was true. I told him it was just a rumor and called him “a dingus” (I need to apologize to him. If you’re reading this, I’m sorry).

The next day, the hammer fell:

How Could This Have Happened?

This hit me hard. Without a convenient way to buy or sell bitcoin in RMB, the margins I was relying on for this triangular arbitrage were gone. Poof.

I searched frantically for another option. I lost $100 on a test transfer to a bank account zb.com sent me.

What about reversing the process, buying in dollars and selling for RMB, but the margins just weren’t there. Prices were near parity and the window was closed.

Thanks for NOTHING, PBOC! Waiting to see when you arrest yourself for counterfeiting money!

That’s how my arbitrage adventure ended. With my rocket on the launch pad, one pen stroke from someone in Beijing plus the millions of mind-controlled gun-wielding soldiers (sol-die-r? Soul-die-rs? maybe) enforcing his opinion, that dream died.

Or maybe just postponed. Hence, I still have my eyes open, looking for another way to flip the switch on this one.

Very soon, I’ll give you a behind-the-scenes look at some of the ICOs I saw in China: The good, the bad, and the U-G-L-Y.  You ain’t got no alibi! Stay tuned.

By the way, have you heard about Chinese buyers purchasing all the homes in San Francisco, Seattle, and Vancouver? Since Americans won’t take RMB, do you know how I believe many got their money out of China and into dollars?

Fantastic Article:  Investing in Cryptocurrencies Through Your IRA

or How Quadriga X lost $147 Million in Bitcoin

Michael became an anarchist (a “freedomist” while in China) while working as a cowboy & teacher in Australia in 2011. He successfully invested in silver before using the proceeds to begin his first business: Peanut Butter Americano – the best peanut butter in the world.

Over the last five years Michael has lived in China, founding “Youbanfa” 有办法 (meaning “Yes you can”), he has spread the message of peace and freedom, especially in the area of unschooling where he recently hosted Dayna Martin, David Rodriguez, and Leif Cid.

His mission in this life is to help create and live in a stateless society.

Top 5 Places To Live In Portugal