With all the excitement that comes along with moving to an entirely new country, culture, or even hemisphere, there also comes an entirely new set of rules and guidelines for the buying process.  Over the course of several articles, we will explore the more technical aspects of buying property overseas, like squatter’s rights by country and the various types of title / land ownership / land use in place around the globe.

If you already own property overseas, please know that there are new filing requirements for U.S. citizens and Green Card holders depending on how you own the property.  There are draconian penalties including jail time for simply failing to file.  Later in this column, you’ll see a description of some conditions where you are required to comply with this new law.

In today’s column, we’ll examine some of the ways one can own land overseas, the benefits, and the challenges to each type.  When it involves owning property along the coastline, titling a property, or going about the listing process with a realtor, the laws vary from country to country – so it is important to be aware of which specific regulations in a particular place can affect your preferred destination and buying process.

As you delve into the buying process, you will find that different countries have different policies regarding property ownership and titles, especially along coastlines and borders.  There are specific laws that regulate who, if anyone, can own property along any border of that country.  In some cases, foreigners are not permitted to own coastal real estate – in others, there are no restrictions.  This comes into play if you have your heart set on buying a beachfront house, because in most cases, beachfront property is classified as a border.  But there are exceptions, and every country has different laws and regulations regarding who can own what and where.  Read on to explore the laws in some of the more popular countries of Latin America for expats and property ownership exceptions where they apply.

In Argentina, for example, it is illegal for a foreigner to own property along the Chilean border to the west, but there are no provisions preventing a foreigner from owning property to the east along the coastline.  Then there’s Mexico, which prohibits foreign ownership along the coastline, but not along the border with the United States.  These are just two examples of the variations in foreign ownership of property along the borders in Latin America. Checking the laws of your intended new overseas home country before you get too deep in the process will help you decide what kinds of properties you may own, and which are prohibited.

But to almost any rule there are exceptions and local “workarounds.” Some of the workarounds are absolutely legal, and some are in the gray area of not technically legal but commonplace in practice.  Some of the workarounds are flat out illegal, but still practiced.  The gray areas, while common, may open you up for problems in some cases.  The illegal exceptions are just that, illegal, and should be avoided.  As a rule of thumb, any process that can be registered in the public registry is usually okay.  When using any system or process other than that, buyers risk losing the property and all funds spent to acquire it.

But of course, as is true with all things, where there is significant interest in foreigners buying real estate, loopholes to existing restrictions will emerge.  In Mexico, where foreign ownership of the coastline is prohibited, the vast numbers of North Americans moving south (and especially those enjoying the Mexican beaches) encouraged what was soon proposed to enable ownership along these coastlines:  the “Fi de Comiso.”  A Fi de Comiso is basically a bank trust, set up and held by a bank or trust company in Mexico, to hold the title to the property in trust on your behalf.  Therefore, technically, the American or Canadian person is not the owner, but the owner (the bank in this case) holds the property for their use and enjoyment.  This Fi de Comiso is a long-established practice and the property is registered legally with the public registry, so while a gray area to skirt the law, it in itself is a legal process.

Another example is in Honduras, where the constitution of the country makes it illegal for foreigners to own property within 40km of the coast; but, if the property is under a specified amount of acreage (half a hectare, 1.2 acres, or smaller), that property is exempt and available for foreign ownership.  But if you wanted to buy a large tract of land near the beach for an estate home on 10 acres, or possibly develop it, build, and then sell a few homes…legally you cannot.

All of the Bay Islands are inside the 40km, including popular Roatan

As you can see, there are many commonly used methods of skirting the legal system and laws preventing foreign ownership of property in a specific country.  Fi de Comiso is legal and the titles can be registered by the bank for the benefit (FBO) of you the buyer.  Your name can appear on the trust documents.  On the other hand, the dummy corporation in Honduras leaves the buyer fully exposed.  Personally, I find gray areas to be potentially dangerous, so I stick to the black and white – but by all means, it’s your time, money, opportunity, and risk…so draw your own conclusions in these cases.

The Foreign Account Tax Compliance Act (FATCA) provisions require all U.S. persons to file a relatively new form, the 8938, instituted in 2010, with the U.S. Department of the Treasury when a foreign asset is held in anything but your own personal name.  Since the Fi de Comiso is a 3rd party bank trust, the law requires filing of this ownership and asset.  Property held in an IBC or other company structure likely also requires filing.

Disclosure:   I am not an attorney or tax advisor. If you have any assets overseas, consult a tax professional as to your status and filing requirements.

Along similar lines, many nations have certain coastline restrictions, besides zoning specifically, which determine how close to the shoreline a property can be privately owned.  For example, it may be illegal to own directly on the shore because there are laws that stipulate that no one can own property up to 50m behind the shoreline – usually the mean high-tide mark.  In Costa Rica, for example, it is illegal for anyone, foreign or native born, to own the actual beach and adjacent property along the coastline.  The government owns the first 200 meters of land beyond the high tide mark on every mile of coast in Costa Rica along the Pacific, and between 50 meters and 200 meters back on the Caribbean.  However, there are leases, even long-term leases, for ownership closer to the shoreline, which allow hotels, restaurants, and even homes in some cases to be built closer.  But, remember, it is a lease not a fee – simple ownership. 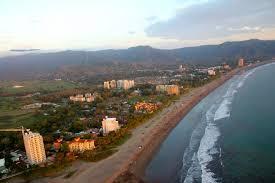 In Nicaragua, however, their laws are a bit more nuanced.  If the original title to your land predates 1904, you can legally own property all the way up to the high-tide mark.  But, if your title dates after 1904, there is a government-owned setback of 50m to protect dunes and other environmental aspects of the coast.  However, the government can decide to lease those 50m of property at any time. This means the local government and municipality could decide to put a bar or restaurant right in front of your house, should they deem fit.  Understanding the nuances of your local laws regarding beachfront ownership and ownership along any border is critical in planning effectively and understanding what specific scenarios can happen involving your property and any potential construction on or around it.  Again, research is key to getting a good lay of the land, as is retaining a real estate attorney who can guide you through this process. 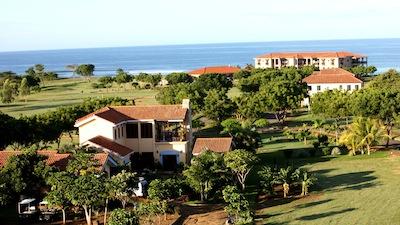 An R.O.P. Title stands for Right of Possession, and though it is often referred to as a title, it is actually not.  Basically, an R.O.P. property is a piece of land that can trace possession by its inhabitants back, sometimes through many generations – though not necessarily.  Some R.O.P. land is newly possessed. But the main issue is that occupation of the property, and use in some way like farming, grants the inhabitants the Right of Possession.  Another example would be a fisherman who uses a dock on a beach and lives close by onshore, just like his father, grandfather, great grandfather, and so on.

Bocas Del Toro, Panama, as well as other rural parts of Panama are common areas where R.O.P. property exists, and in some cases titling of R.O.P. property occurs.  But in other cases, especially with unaware buyers, what can happen is that people buy property with what looks like a title in fact, but they did not buy that title from the person who actually has the Rights of Possession.  Therefore, their title is pretty much useless and they do not own the property they just bought.

Bocas del Toro with many properties scattered in the island’s R.O.P.

Here’s how that process usually works:  You would find a real estate lawyer familiar with R.O.P. property and have them make a contract for sale for the property, once it is titled.  This contract will be signed by you and the possessor of the land.  The possessor is then given a period of time; 90-180 days would be common to title the land.  In most cases, you will need to pay the legal fees accompanied with the titling process.  The possessor will be motivated to complete the process to get the payment of the contract at the end.

The good news is that the process will only cost you a couple thousand dollars, rather than significantly more to do the

process after the fact – or worse, paying a hundred thousand for a property you cannot build on or use, because you cannot really prove that you own it. This is the time-tested, best method for taking ownership of an R.O.P. property.  In reality, you are not buying R.O.P., but rather waiting for the title to be created and then taking ownership.

Note: In some areas, R.O.P.  property may not be legally titled, so consulting with an attorney early in the process will save time, money, and headache on a wild goose chase for a property that you cannot own.

There are other forms of property ownership around the world such as leasehold, which might be more considered usage rights similar to ROP.  Many of the Asian nations like Vietnam, Thailand, and China have lease terms up to 99 years, so for all intents and purposes it’s ownership for your lifetime and perhaps a child’s as well.  But it’s not fee simple and permanent, a consideration for any multi-generational legacy investments such as timber and Teak Reforestation projects.

The bottom line for buyers is that knowing the general lay of the land ahead of time can save time and money depending on the purpose and anticipated ownership period of the property.    Many people want the title to the land, others are content with usage rights.  Knowing these factors allows buyers the ability to narrow the field of search to only countries and areas where they will possess the type of land ownership / use rights they desire.  In future columns, I’ll discuss other land title / ownership factors like squatter’s rights, indigenous lands, and cooperative properties with distributed ownership interests.

How Can I Set Up My Own International Bank?

Visiting Seoul – Places You Have to See

Advice for Those Looking to Move and Live Overseas in Turkey