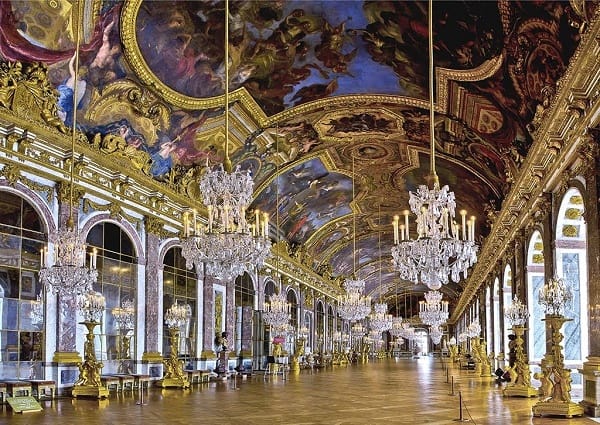 The Palace of Versailles

Gather around, boys n’ girls, and let me tell you a story about moral debauchery during the greatest age of intellectuality mankind has ever known, about kings and concubines, dukes and adulterers, heroism and war, with an ending that will change the way you look at the most mundane everyday thing.

We are in 18th century France. The Sun King, Louis XIV (1638-1715), is dead, his 72 year reign of total extravagance ending with a catastrophic war lasting 14 years and bankrupting his nation (the War of Spanish Succession 1701-14). Louis’ great-grandson is his only descendant left alive, who becomes Louis XV (1710-1774) at age five.

The young boy was fortunate to have a Regent ruling for him, Philippe d’Orleans (1674-1723), competent and honest enough to make France solvent again. When French colonists founded a settlement in La Louisiane near the mouth of the Mississippi River in 1718, they named it after Philippe: New Orleans.

As the boy grew into a man, he continued to show little interest in ruling, turning power over to his tutor, André-Hercule de Fleury (1653-1743), a Catholic bishop (eventually Cardinal and Chief Minister) even more competent and honest than Philippe. He was also wise enough to keep France out of war thanks to his alliance with the British Prime Minister Robert Walpole (1676-1745).

Yet not even Cardinal Fleury could provide moral guidance to a king dedicated to promiscuity. One memorable string of royal mistresses were the Nesle sisters, four in succession:  Louise (Mme. de Mailly), Félicité (Mme. de Ventimille), Adélaïde, and Marie Anne (Mme. de Chateauroux).

Then came the most famous mistress of all, who so scandalized the court at Versailles because she was a commoner, Jeanne Antoinette Poisson – known to history as Madame de Pompadour (1721-1764). 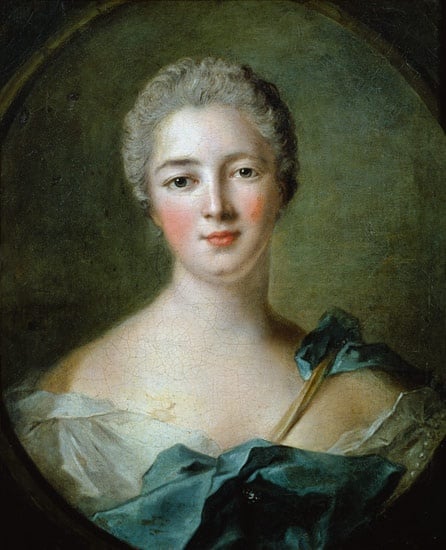 Incredibly beautiful, charming, and smart, it was Pompadour who brought French culture to its apogee. It was she who collected and protected the dazzling array of intellectual firepower that was The Enlightenment:  Voltaire, Montesquieu, Hélvetius, Diderot, d’Alembert, Turgot and so many others.

The age idolized manners, erudite wit, and fashion (there were 1,200 wig shops in Paris), and scorned morality. The Christian concept of marriage, along with Christianity itself, was abandoned by the aristocracy. Virtually the entire French nobility, men and women, became addicted to adultery. Every husband at the court had lovers, and so did every wife.

The champion adulterer of the time, as well as the model of manners and fashion, was Louis François Armand de Vignerot du Plessis, Duc de Richelieu (1696-1788). He was the grandnephew of the great Cardinal Richelieu (1585-1642), Louis XIII’s Chief Minister and the villain of Alexandre Dumas’ The Three Musketeers. 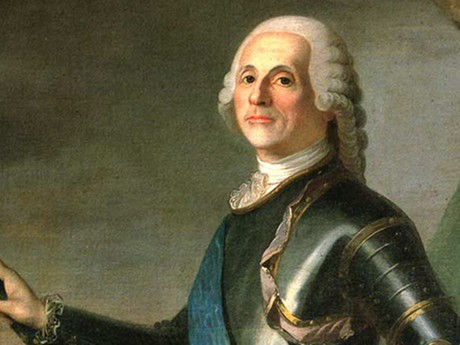 His looks, wealth, and reputation drew an endless parade of titled ladies into his bed. When his ten year-old son was scolded by his Latin teacher, the boy replied, “My father never learned Latin, yet he has had the fairest women in France.”  He was King Louis XV’s best friend since childhood, and was the king’s chief procurer of women, incurring thereby the displeasure of Madame de Pompadour.

Yet Richelieu was no effeminate fop. He was a fighter and famous soldier, who had fought duels since a teenager, and distinguished himself in battle in several campaigns. His men loved him for respecting their bravery as they did his. All of Paris talked of his method to stop drunkenness among his troops on the eve of a major battle:

“Anyone among you found drunk,” he addressed them, “will not have the honor of taking part in the assault.”  Drinking stopped almost entirely.

In 1756, the peaceful England of Walpole was long gone, replaced by men itching for war and empire. The rising power of continental Europe was Prussia led by Frederick II (1712-1786), with whom England signed an alliance. Pompadour, who now not only ran France’s culture but her entire government, countered with an alliance with her friend, Empress Maria Theresa of Austria (1717-1780).

Without any declaration of war, English naval ships began seizing French trading ships in the Mediterranean from a base on the Balearic island of Minorca (its larger neighbor of Majorca is better known today). The English naval base was St. Phillip’s Castle in the port city of Mahón. Pompadour sent a squadron of 15 French men-o’-war commanded by Richelieu to take it.

On May 20, after a fierce battle at sea, the British ships were badly damaged and had to limp off to Gibraltar,  The garrison in Mahón surrendered, France now had a strategic base in the Med, and Richelieu returned a hero to cheering crowds in Paris and an adoring court in Versailles. The first victory in what was to become the Seven Years’ War (in America, the French and Indian War) was France’s. 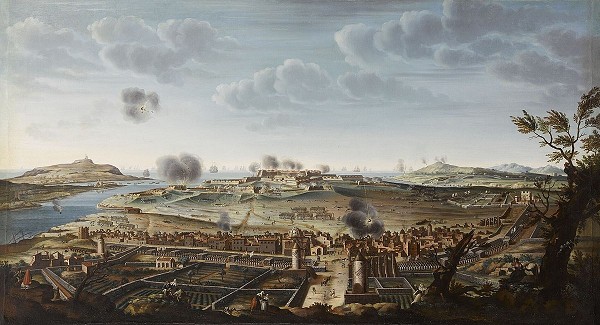 Richelieu’s siege and capture of the Mahón garrison

A banquet was held for the conquering hero, attended by the King, Pompadour who had forgiven his trespasses, Voltaire, the highest of French nobility, and the most beautiful women at Versailles, many of whom would soon be the Duc’s next conquests.

The chef prepared a creation for the victory feast that called for a sauce made with cream and egg yolks – only to discover there was no cream. He substituted olive oil for cream, first whisking the yolks with lemon juice and a little salt and pepper, then whisking in the olive oil one drop at a time to keep it in emulsion.

The dish was hailed as a culinary triumph, the new sauce as spectaculaire. The chef proudly announced he was naming his invention in honor of the Duc de Richelieu’s great victory at Mahón:  sauce mahonnaise.

And that, my friends, is the origin of (with spelling changed years later via a printer’s typo) mayonnaise.

Don’t confuse the real thing with that agglutinated mass of dried egg yolk powder, corn starch, cellulose gel, soy oil, and high fructose corn syrup in a jar at the grocery store or slathered on your sandwich at the lunch counter.

Yet even when you ask the waitress to “hold the mayo,” and every time you pass by those rows of jars lining the store aisle, from now on you’ll never look at that white stuff as you did before.

That white stuff, the most common ordinary thing you could think of, now contains for you the magic of history.

It’s important to find magic in life wherever you can. Even in a jar of mayonnaise.

Oh, by the way, the Duc de Richelieu finally did settle down to marry an Irish lass at age 84. He died at age 92, escaping the Revolution’s guillotine by one year.

What is an Offshore Checkbook IRA LLC?