Crowdsale or ICO, which is legal in the United States? - Escape Artist 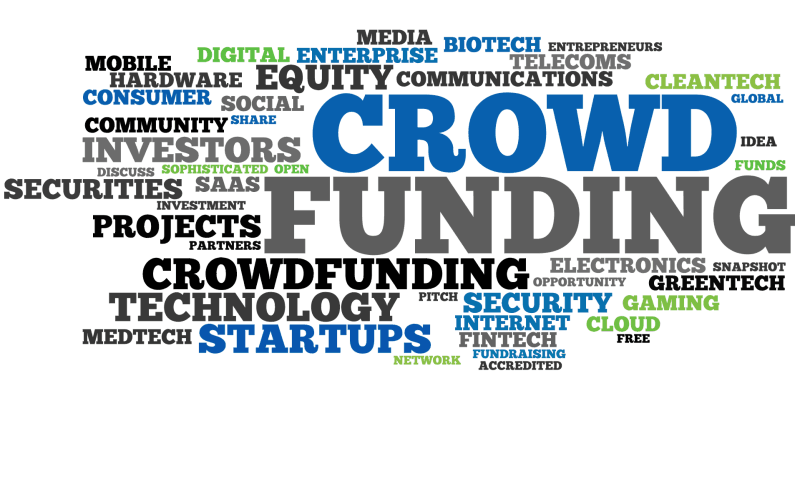 Recent comments from the SEC mean that cryptocurrency crowdsales are legal in the United States. ICOs, on the other hand, are fraught with risks if done incorrectly. Basically, Securities laws will apply to an ICO as they do to an IPO, but not to a crowdsale.

Let me define a few terms before we get into the details.

Crowdfunding is most commonly used by product companies who need cash to build their product. They might have a concept and presales to be able to afford to buy the molds and to get a factory to begin production.

Most crowdfunding is done on platforms like Kickstarter and Indiegogo. Companies offer a product for pre-sale at a discount. They receive cash, finish the product, and (hopefully) ship in a few months time.

Cryptocurrency crowdselling is very different from crowdfunding. A crowdsale doesn’t pre-sell a hot new tech item or promise to put your name in the credits of a movie. Instead, crowdselling allows a company to raise money by selling you a “token.”

A crowdsale token might be valued in a cryptocurrency or it may have only an internal value to be used within the business. The token will give you access to the service being built. So, crowdsale tokens are a kind of currency for use within a specific business or service.

For example, if Uber had been funded by crowdselling, investors (who would become riders when the business launched) would have received tokens to use in the service. Thus, drivers might be paid in tokens and riders might use tokens to pay for rides.

Like an ICO, crowdselling is designed to raise funds for the development of the project or the building of the business. The money will be used to pay for salaries of personnel, office rent, software developers, marketing budgets, and all other ordinary and necessary expenses of the business.

Both crowdfunding and crowdselling can be used to test interest. Want to see how your product is received in the marketplace? Run a kickstarter campaign. Want to test how your business will be perceived by “investors” and users? Run a crowdselling campaign to raise money in exchange for use tokens.

On a scale of 1 to 10, crowdfunding is about a 2 level of difficulty. Crowdselling, when done right, is about a level 5 in difficulty. By comparison, an ICO is a 10 to 12 out of 10 in complexity. Here’s the difference between an ICO and crowdselling a cryptocurrency use token.

The US Securities and Exchange Commission recently ruled that ICOs, but not crowdselling, will be treated as the sale of a security. This basically  means that all ICOs must be registered like IPOs and offered only to accredited investors. This dramatically increases the costs and limits the pool of potential buyers.

The difference between an ICO and crowdselling comes down to is the Howey test.  The Howey test is the long standing test developed by the Supreme Court, and implemented by the SEC, to define whether a token is a security or a crowdsourcing tool.

The Howey test asks whether the purchase of the token represents: 1. the investment of money; 2. with an expectation of profits; 3. arising from a common enterprise; 4. depending solely on the efforts of a promoter or third party.

The bottom line is that the sale of a token will be an ICO regulated by the SEC if it entitles the buyer to a portion of profit or revenues, a guaranteed annuity, or has other features that make it appear to be an investment in the business in exchange for an electronic form of stock.

Likewise, if the token is not tied to profits, and is to be used for services within the business, it will be considered a crowdsale not regulated by the SEC.

I should also note that the SEC has ruled that ethereum is a currency and not a security. This is interesting in its own right because the IRS has ruled that cryptocurrencies are assets subject to capital gains tax.

Assuming you wish to raise money with an ICO, then you have two options. You can register with the SEC and offer only to accredited investors, or you can raise money from abroad. If you raise money from outside the United States, you might decide to incorporate offshore as well.

For example, form a company in Cayman Island, assign the income and IP of your US business to the Cayman company, and do an ICO in China with the Cayman entity. This is basically the reverse of how Chinese companies go public in the United States (very few) and in Hong Kong (many thousand).

I hope you’ve found this article comparing crowdsales to ICOs to be helpful. For a more indepth analysis for international banks, you might read through: Blockchain and cryptocurrency are the future of offshore banking.

For more information on setting up offshore, please contact us at info@premieroffshore.com or call (619) 550-2743.

Learning the Language Deepens Your Experience of the Moment

Investing in Teak: A Smart Decision at Any Age