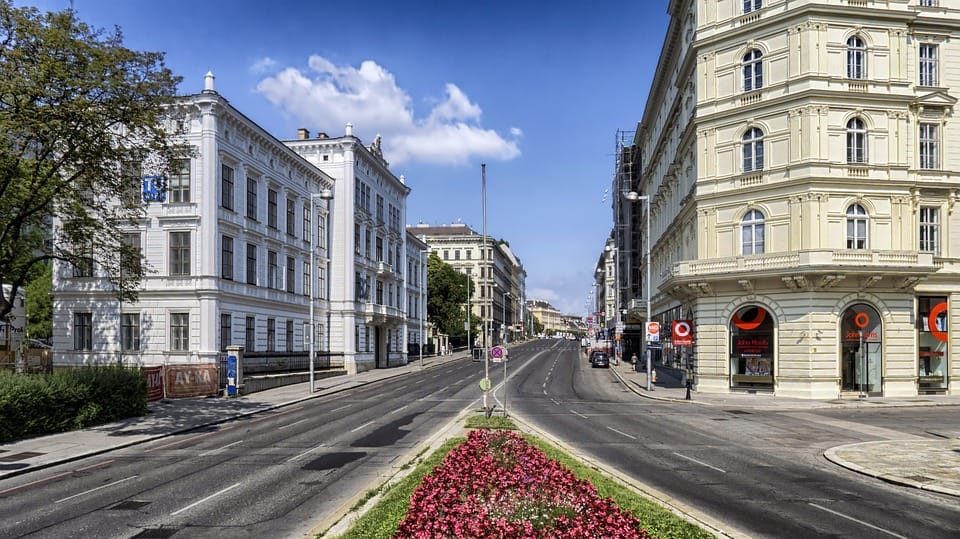 The culture of Austria is very diverse and the country is very safe. The official language is German, which many expat retirees have reported to be a difficult language to get a grasp of, but it’s not impossible.

As the winter sports capital of Europe, there is plenty to do. The skiing is some of the best in the world. If snow sports aren’t your thing, Austria has a large range of cultural events like monuments, museums, art, music, and food.

Those looking to retire abroad to Austria from the U.S. will be happy to know the climate can be quite similar in certain regions. The Austrian climate is temperate and continental. Early June to mid-September is summer, during which it can be hot one year and rainy the next. It usually reaches around 77 degrees during the day but can get as high as 95.

Winter, from December to March, are cold in the lowlands and very harsh in the Alpine region.

Temperature fluctuates all year long in the Alpine region. Nights are chilly, even during the middle of summer. The northern Alps tend to be a lot wetter than the rest of the country. The Southeast region of the country is dry and sunny.

One of the biggest factors that affect the decision of where to retire abroad is how much it’s going to cost. Austria is a very rich country, meaning there is a high standard of living. The price of living can be kind of high as a result.

Like many aspects of Austria, housing is expensive. Most residents choose to rent because it’s cheaper. On average, renting costs approximately €800 per month. There are more inexpensive options, but you will want amenities and high quality accommodations. Buying an apartment unit costs around €100,000.

You can expect to pay €200 to €250 per month on utilities. Monthly electricity bills sit around €160 or higher a month, depending on your electricity use. An internet, phone, and TV package is only €30, mobile phones are roughly €11 monthly.  A maid service can be quite costly as well – as high as €100 a day.

Food will cost you around €400 a month, which includes groceries and dining out. For your monthly groceries, set aside around €300, since food can be expensive, depending on what you buy. A meal out ranges from €20 to €50 per person, or €6 at a fast food establishment. Dining out is pretty expensive and is the reason you may overspend. A cup of coffee costs €2 or more and beer is around €4.

Austria has great healthcare. The facilities and equipment are up to date and the doctors provide excellent service. Most people are insured in the country, especially those who are employed. Private health insurance will cost you about €200 a month. A doctor’s visit is around €60.

Vienna- This capital city is the center of waltz, art, and culture. The city is home to City Center which has been included on the World Heritage List of its architectural monuments, baroque palaces, parks, and the monumental palace on the Ringstrasse.

Salzburg- Home to alpine peaks and rich architecture, Salzburg is one of the most beautiful cities in the world. Salzburg hosts over 4000 cultural events annually. The city is also well known as the birthplace of Wolfgang Amadeus Mozart.

Villach- Located near the southern border of the country, Villach’s lifestyle is much more relaxed than in the rest of the country. The city is near the borders of Italy and Slovenia.

Innsbruck- Innsbruck is well known for snow sports as well as its rich history. This ancient, western Austrian city is known internationally for its culture and entertainment activities.

Linz- This is the third largest city in Austria. This city is known for its old town and heavy industry. Linz represents the economic and cultural center of the Upper Austrian province.

Graz- This city is filled with beautiful landscape, cultural heritage, and fun nightlife. Graz is located right in front of the alpine area.

There’s a variety of residency options for those looking to spend an extended period of time in Austria.

For pensioners, the best option is a settlement permit. This permit is for non-EU citizens who would like to retire abroad in Austria without gainful employment. To qualify, you must prove you have sufficient funds, obtain health insurance coverage, and have adequate accommodation according to local standards. You also need to provide evidence of comprehension of the German language.

I hope you enjoyed this article on Retiring in Austria.  For more information on residency and second passports, please contact us HERE

Furnishing Your Home on a Budget in Japan

How To Work In Dominica