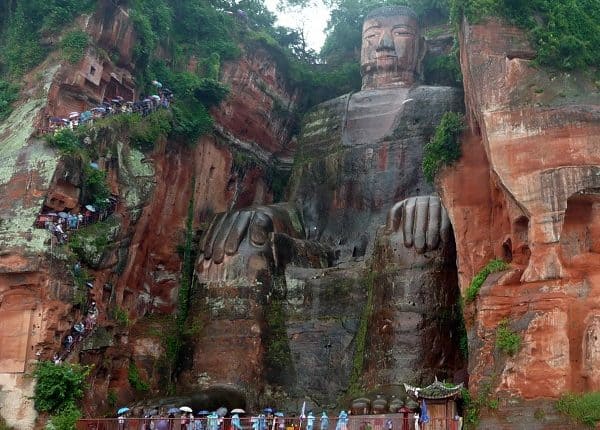 In Part I, we talked about the far south of Yunnan composed of a welter of Non-Chinese tribal peoples. In Part II, we talked Inner Mongolia and the Gobi Desert, sparsely inhabited mostly by Mongols. Next week, we’ll conclude the series with Remotest China, which has a double meaning: China’s remotest regions of East Turkestan and Tibet, and China’s geographical isolation from the world.

Today, we focus on where the Chinese – meaning Han Chinese, the largest ethnic group in the world at 1.3 billion – live. Since the 1930s, geographers have divided China by what’s known as the Heihe-Tengchong Line.

It’s actually worse than that, for there are a lot of mountains in that one third. Which means that while China is a huge country, bigger than the United States sans Alaska, habitable China is small – smaller, say, than the U.S. east of the Mississippi.

That’s where 1.3 billion Han Chinese live, stacked up on top of one another in masses of humanity. This is where the world’s largest cities are: Chunking (Chongqing) at 30 million, Shanghai at 24 million, Beijing at 22 million, and on and on. Even a city you may not have heard of, Chengdu, the capital of the Sichuan Province, has over 16 million.

What do you do in cities that gigantic? My policy is to see a few key things then get out of Dodge. In Beijing, see the Wall, the Forbidden City, Temple of the Seventh Heaven, assiduously avoid the mausoleum of the greatest mass-murderer in the history of mankind, and adios. There’s just too much elsewhere that’s fascinating in Chinese China. Let’s take a look at some highlights. 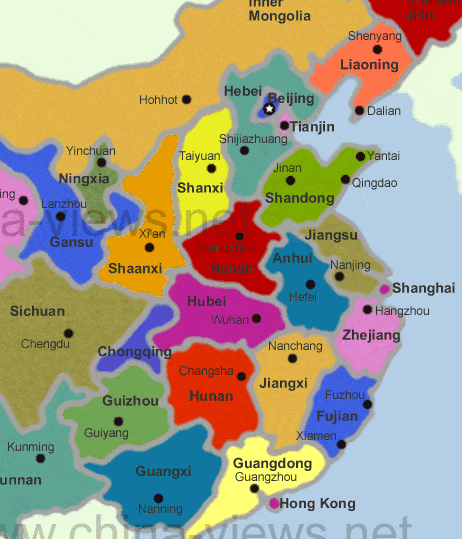 Take a bullet train for a short ride north of Beijing along the Yellow Sea to a place called Panjin. There you will find a natural wonder called Panjin Red Seabeach. Every autumn, the marshlands of seagrass turn bright red, attracting over 200 species of birds. It’s an unbelievable sight that’s nowhere else on earth: 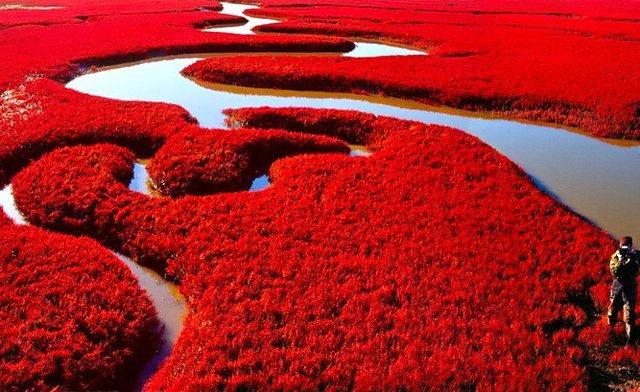 Have the train continue to the capital of Liaoning Province, Shenyang, to visit the World Heritage Site of the Shenyang Imperial Palace. Built in the early 1600s, the Imperial Palace of the Qing (Ching) Dynasty is a combination of Mongolian, Manchu, and Han architectural styles. It is immense with 114 buildings and vast parks. 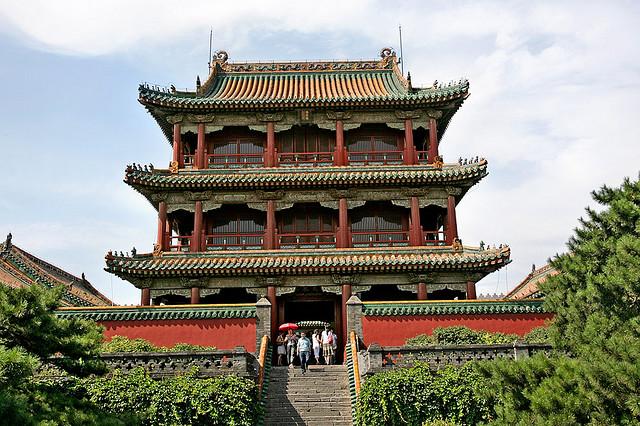 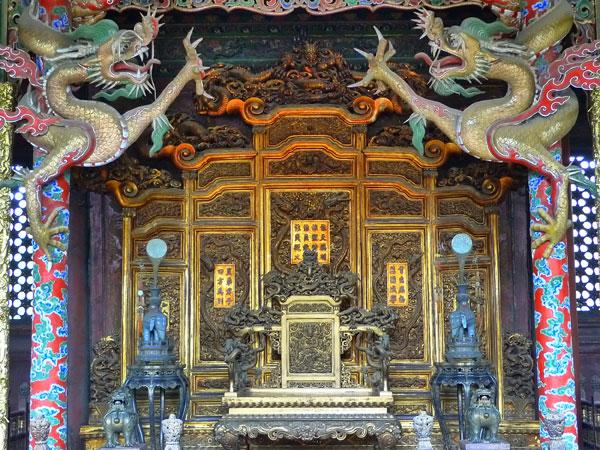 Fly from Shenyang to Taiyuan, capital of the Shanxi Province. Drive south to see the monumental Mengshan Giant Buddha. Carved into a cliff in 551 AD, it was discovered in the 1980s and only recently opened after archaeological repair. 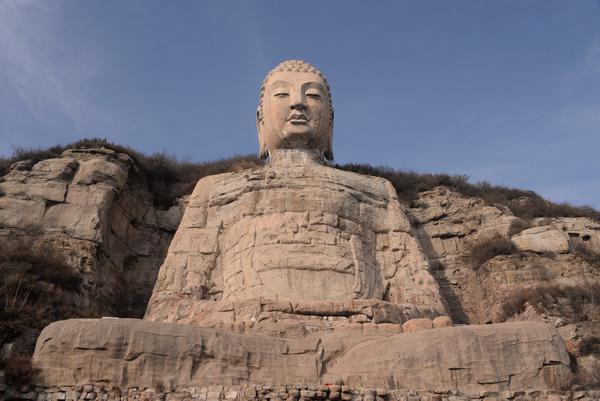 Drive an hour further to arrive at the World Heritage Site of the Ancient City of Ping Yao. This is China’s best-preserved medieval walled city, built during the earliest days of the Ming Dynasty in the 1300s.

The New York Times recounts how Ping Yao was “The Wall Street of China” in the 19th century. Mao brought that to an end, but the untouched medieval city remains. The streets have no cars, this is the China of hundreds of years ago. Marco Polo knew Ping Yao well – there is much here he would still recognize. 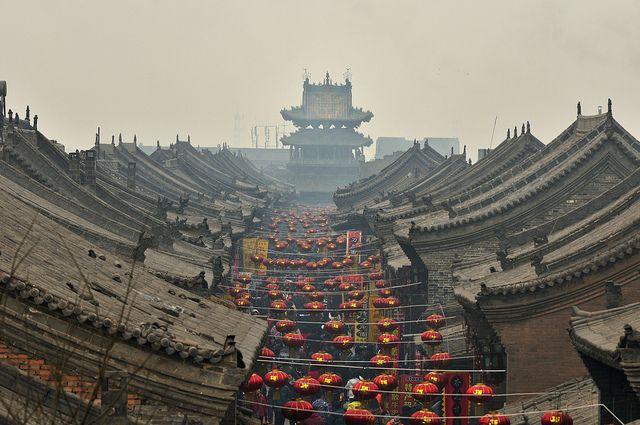 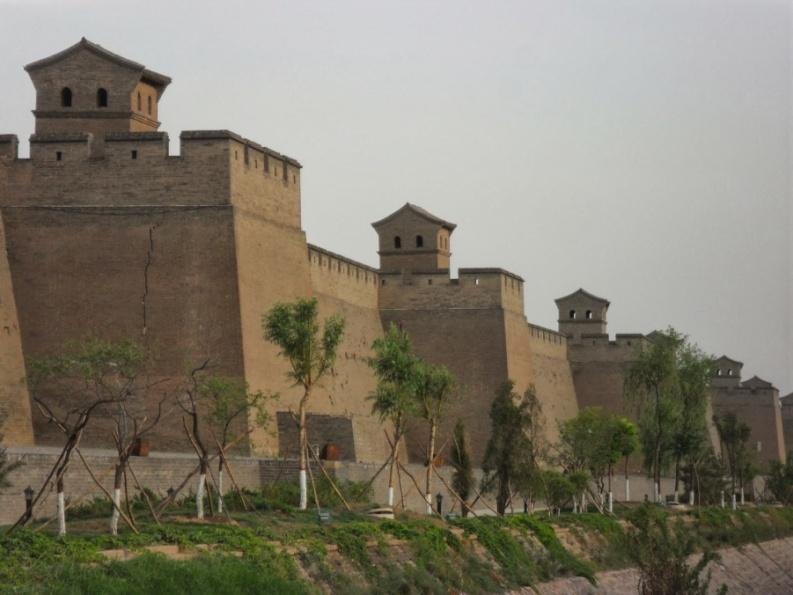 There’s a high-speed train to take you from Taiyuan (tie-wan) to Zhangzhou (jhong-joe), capital of the Henan Province. A short drive brings you to the World Heritage Tentative List Site of the Mausoleum of King Lujian, built in the early 1600s and China’s most intact Ming Dynasty tomb.

What I found most interesting there was  the tomb and shrine for worshipping this lady:

Chinese women come from all over China to pray at the shrine of the king’s favorite concubine, asking that she give their husbands the love the king had for her.

Now let’s drive up into the Taihang Mountains to a village perched on a mountaintop called Guoliang. Until the 1970s, it was so isolated the only way to reach it was by climbing over a thousand slippery stone steps carved into the vertical cliffs below. The villagers – illiterate farmers with no training – decided to carve a tunnel almost a mile long through the edge of the cliffs with dynamite and manual labor. Several of them died in the effort.

Completed in the late 70s, only recently has it become known to the outside world as The Precipice Long Corridor. Driving through, it is simply an astounding experience. 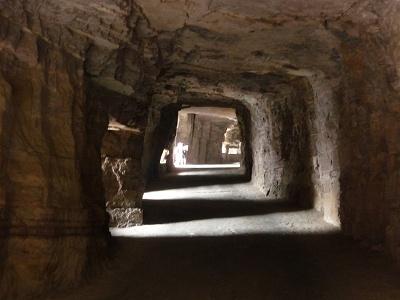 Here I am with the leader of the village team that carved the corridor. He showed me the tools they used.

The villagers are happy to invite you to lunch. That’s when you notice the squirrels in cages. They’re on the menu, boiled in a stew prepared right at your table. Delicious!

Getting back to Zhangzhou, about an hour west we reach the World Heritage Site of the Longmen Grottoes, carved out of the cliffs along the Yi River well over 1,000 years ago. There are over 100,000 Buddhist statues within 1,400 caves carved into the cliffside of Longmen – “Dragon’s Gate.” 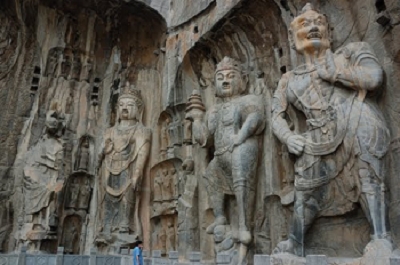 From Luoyang, venture up into the Songshan Mountains to the World Heritage Site of the Shaolin Monastery, birthplace of the martial art of kung-fu.

While you’re first greeted with an alarming kung-fu warrior statue, you quickly learn everyone is friendly, like these young students: 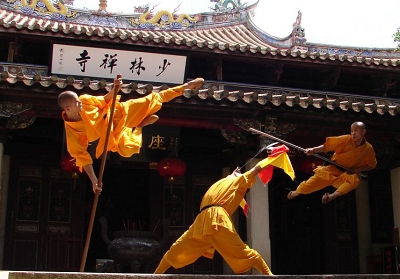 Back to Zhengzhou, it’s a short flight to Xian, capital of the Shaanxi Province. The oldest of China’s capitals, it was founded as Fenghao 3,000 years ago in 1051 BC. Today, of course, it’s world-famous for the Terracotta Army of Emperor Chin (Qin) in the 3rd century BC.

Bear in mind though, you can’t get close and mingle with the ancient statues. They are housed in a huge shed with an interior balcony where you can look down upon them – you really need binoculars to see them close.

A short flight from Xian gets us to Chengdu, capital of the Sichuan Province. The skyline of Chengdu at night is an eye-opener:

Stroll down Chengdu’s famous Jinli Ancient Street, where old Chinese folk customs are practiced with the new, and you’re bound to meet really friendly people. Chengdu’s reputation is as the friendliest city in China.

Be sure and head out to the Chengdu Giant Panda Research Base, the largest panda facility in the world, where pandas are being bred and raised in their natural habitat. There is no better place on the planet than here to be close to and study Giant Pandas. Be there early when they are feeding and most active. 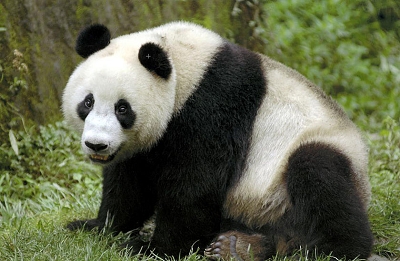 It will take you a couple of hours from Chengdu to reach the World Heritage Site of the Leshan Giant Buddha, the largest Buddha sculpture in the world at 233 feet high, carved into the side of Mount Emei in the 8th century.

You saw it from below at the start of this essay. Note all the people with umbrellas coiling their way up the stone steps to the top. Rain didn’t stop them, nor me.

In the northwest corner of Sichuan, there’s a mountain range running north-south called Minshan. At both ends is a pair of spectacular natural wonders twinned as World Heritage Sites: Jiuzhaigou (jow-jhai-goo) in the north and Huanglong at the south. The fairyland dreamlike beauty of both is utterly captivating. Yes, this is real. First Jiuzhaigou…

In front of a waterfall, there was a gorgeous Chinese lady whose boyfriend was out of camera range. I couldn’t resist. Then I saw they were getting married. 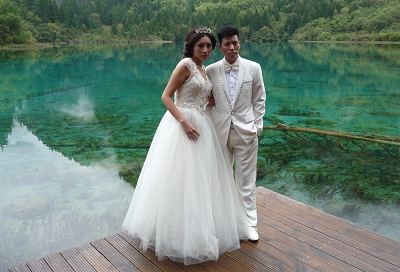 Huanglong is a steep gorge holding a stepping-stone series of travertine terrace lakes of surreal beauty.

Back in Chengdu, you take a flight to a place called Zhangjiajie (jhan-gee-ah-hey) in the Hunan Province. Here you explore the World Heritage Site of Wulingyuan. If you’ve seen the James Cameron movie Avatar, one of Wulingyuan’s 3,000 gigantic quartzite-sandstone pillars may look familiar, as it inspired Avatar’s “Floating Peaks.”

You take a cable car through them:

The view is truly unearthly.

The highest peak in Zhangjiajie-Wulingyuan is Tianmen Shan – Heavenly Gate Mountain. The Gate is an enormous hole in the peak:

We reach it not by the road with 99 hairpin turns, but via the world’s longest high mountain cableway:

We’re not going to fly through the Gate of Heaven as stuntman Jeb Corliss did in a wingsuit – the two-minute YouTube video of Corliss will blow your mind – but our experience of Tianmenshan will be amazing nonetheless.

That’s just a few glimpses of Chinese China, for there’s so much more. Wherever else you go, you’ll likely end in Shanghai. It’s one of the world’s largest and now glitziest cities on the planet.

But if you’re like me, the glitz will soon wear off, and you’ll soon wish you were back in the serenity of Jiuzhaigou.

Wheeler Expeditions conducted this exploration of Chinese China in 2013. It’s about time we did this again. If you’d like to be notified, sign up below. And if there’s someplace of adventure you’ve always dreamed of experiencing yourself, let us know!

Garifuna Food in Belize at the Garifuna Restaurant in San Pedro

Visiting Venice? How to Get to Venice from Marco Polo Airport