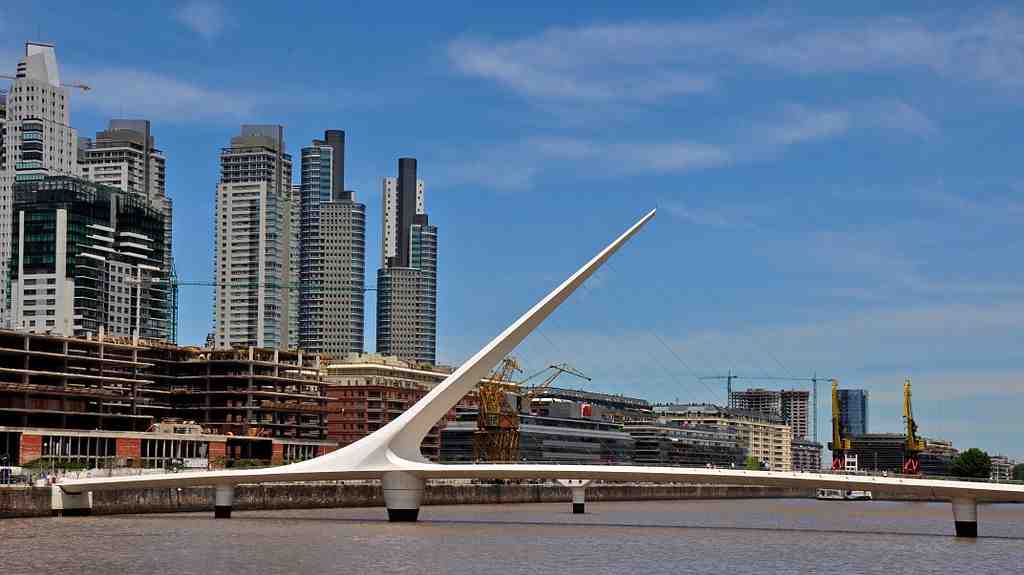 Argentina is the eighth largest country in the world and the second largest in South America. Because of that, it encompasses a large diversity of possible lifestyles. This is part of what makes it so appealing to expats as a new home. It’s also popular because of its European feel for a fraction of the cost of living in Europe, and for its real estate and investment opportunities – thanks to a reviving market.

Argentina’s earliest history begins like that of most of the Americas. The country was originally settled by people who started their journey in Siberia, crossed the Bering Strait into Alaska, and made their way down south. By the time the Spanish made their way over to Argentina, it was inhabited by mobile hunter-gatherer tribes that hunted the local guanaco and rheas for food. In the northwest of the country, there were more sedentary indigenous tribes which were modern at the time, thanks to their ability to irrigate their pastures and farmland.

Just a decade after Columbus reached the Americas, the Spanish began to journey in and explore in search of rumored silver. That’s what the Rio de la Plata, River of Silver, is named for. Even the country itself was named after silver, with argentum being the Latin word for silver. Unfortunately, Spanish explorers were disappointed to find that the land was not full of riches, after all.

Buenos Aires was established in 1580 by Spanish forces, and the rest of the major cities followed. Today, you can find well-preserved sites and plazas from these times throughout Argentina’s districts. Cordoba, Salta, and Tucuman boast some of the best colonial architecture. During the time of the Spanish colonization, Argentina became a hub for trade.

On May 25, 1810, Argentina declared its independence from Spanish rule, and many of the surrounding countries banned together to prohibit the Spanish from the continent altogether. The years following were tumultuous while Argentina adjusted. With all of the European influence from the very beginning of Argentina’s recorded history, it’s no wonder this country feels like Europe closer to home.

Argentina’s culture reflects a strong European influence thanks to its history. Combine that European influence with some South American flair and you’ve got Argentina’s culture. Spanish is the language spoken most predominantly in the urban areas, and there are also a lot of Italian-language speakers as well, thanks to heavy immigration from Italy. In the more rural areas to the north and south, there are still some indigenous people and their cultures and languages are kept with tradition as well.

Music, architecture, and writing are popular art forms that are embraced in this culture. Many world famous writers have been known to come from Argentina, such as Jorge Luis Borges. This is also where the Tango originated. We have Argentine nightlife to thank for that!

Family is highly important in Argentine society, and there’s even a tea sharing ritual that’s popular there. The national drink is called mate, and it is prepared by steeping dried leaves of the yerba mate plant in hot water. It’s usually enjoyed by drinking out of a gourd with a metallic straw.

The majority of Argentines are Roman Catholic, but there is also a large Jewish population, which immigrated there after WWII.

If you’re seeking to relocate abroad to Argentina, these are your visa options:

Work Visa – There are a couple of different types of work visas offered, and they are valid for one year upon application approval and can be renewed as necessary as long as the job continues.

Financier Visa – Those who wish to live in Argentina without working can apply for the financier visa, which only requires proof of a consistent income of at least $2,000 USD per month.

Pensioner Visa – This visa type also requires the $2,000 per month income minimum, but it should come from a retirement fund or pension. You can also work with your own bank back in your original country with this visa, whereas the financier visa requires that you bank with an Argentine institution.

The Argentine Peso exchanges at $1 ARS to $0.054 USD, making life in Argentina very affordable for those traveling down from the United States. Here is an example of the price breakdown:

Argentina offers a modern European lifestyle for only a fraction of the cost of living in Europe. This is the basis of its appeal for many who wish to relocate abroad there. The people of Argentina are highly educated and known for being welcoming and family-oriented, so it wouldn’t take long to feel right at home when relocating to this country.

Northern Argentina and the area along the Brazilian border are the hottest areas of the country. There is heavy rainfall, high humidity, and high temperatures. If you’re looking for a tropical destination, Chaco, Corrientes, Formosa, Misiones, and Santiago del Estero are the best provinces for you.

Most of central Argentina is made up of a temperate landscape, with humid summers and cool, dry winters. Cordoba Hills, Mar de Plata, and Buenos Aires sit in these regions.

These areas are cold and windy and include the Andes Mountains. Head to La Rioja, San Juan, and Patagonia to take advantage of the mountainous landscape, where you’ll find most of your hiking and water sports (in the summer).

The southern border of Argentina is cold all year round, barely reaching 60 even in its warmest months. This area has lots of snow. If the cold is what you’re after, head to The Tierra del Fuego for this climate.

Mikkel Thorup Aug 13, 2019
Living in Argentina – The Home Of Tango, Steak, and Soccer Latin America has become an attractive spot for…

Becoming an Expat in Argentina (Part 1)

A World Of Choices When Moving Overseas

Argentina Vineyard Estates and Crossing the Andes on…