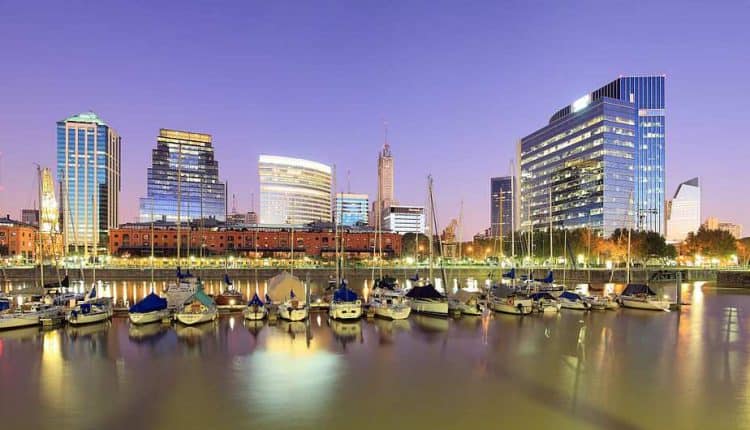 Argentina has a strong economy for investment, thanks to its deep well of natural resources, wide-ranging middle class with high purchasing power, educated population, and a government that is pro-market reforms. If you’re seeking to diversify your portfolio with international investments, take a look at what Argentina has to offer, and pay special attention to its national infrastructure, which is in need of attention and could potentially open up a highly necessary market for the country’s economy.

You can apply for an investment visa in Argentina that will last for one year at a time. You’ll need to make an investment of a minimum of 1.5 million Argentine pesos, or $85,695 USD. This investment will need to be made to any lawful activity linked to productive trade or services in Argentina. Once that is done, you’ll need to provide proof of the transaction, which should be authorized by the Central Bank of Argentina, and then the Consulate General will send your application to Argentina’s National Directorate of Migration. Once this approval is received, the rest of the process is pretty standard. The only difference will be that you’ll have to schedule an interview to supply your fingerprints for this visa.

Invest Without a Visa

There aren’t any rules or regulations in Argentina that prohibit non-nationals from investing abroad in the country. In fact, Argentina has a relatively relaxed approach to foreign investment. Foreign investors are able to invest in all sectors of the economy just as citizens can. You can even purchase a large share of a local company without difficulty. The only time there would be a request for any type of documentation is if you choose to invest in a sector that has a ministry relative to it. For example, if you want to invest in the high speed train, you have to receive authorization from the Ministry of Infrastructure.

Argentina was once one of the richest countries in the world, thanks to its natural resources. However, a recession in 2001 deeply affected the economy and parts of the country are still working to recover. Argentina is still an economic power, however, and it’s recognized as a middle power with a very high human development rating. It has a stable government and secure mining policies in places. This means that its natural resources are still a solid area of overseas investment opportunity.

Those resources are: lead, zinc, tin, copper, iron, manganese, petroleum, uranium, and lithium. Additionally, Argentina is the largest producer of biofuel in the world, making it another popular investment option.

Argentina’s real estate market is thriving, especially in Buenos Aires, thanks to an increase in tourism. Many foreign investors are finding that those tourists would rather rent small apartments for the short-term than stay in a hotel, since it’s much more affordable. Because of this, demand is high in real estate. Prices aren’t quite as much of a bargain per square foot as they would be in other South American countries, but most of Argentina’s appeal (and what’s bringing the tourists) is that it’s considered to be a very European country, although it’s located in South America. While the economy and the culture match up better with European countries, prices are still much better in Argentina than they are in Europe.

If you choose to purchase an apartment abroad in the right location – think Recoleta and Retiro – you are likely to make a decent profit. Apartments in these areas can be compared to those of Paris or Barcelona and appeal to visitors from all over, as well as to locals. Other great places to consider real estate investment are Buenos Aires, San Telmo, and Barracas. Demand is growing and buying old fixer-uppers and renovating them is proving to be worthwhile for many investors.

Argentina is a republic and its president is Mauricio Macri. Macri is currently making efforts to use international and domestic investments to create fundamental changes to restructure the economy for long-term sustainable growth. His efforts are beginning to pay off, as investors are becoming more and more interested in Argentina’s markets. Inflation is falling, the economy is picking up, and sectors such as agriculture, real estate, and construction are showing increasing growth.

There is some political strife between the parties, however. There is opposition from the Justicialist Party and leaders are divided, but this isn’t showing an impact on the economy, since Macri has still been able to push through and make progress on his goals. The general public of Argentina has been shown to view the president favorably and to believe in his ability to bring positive growth to the country’s economy.