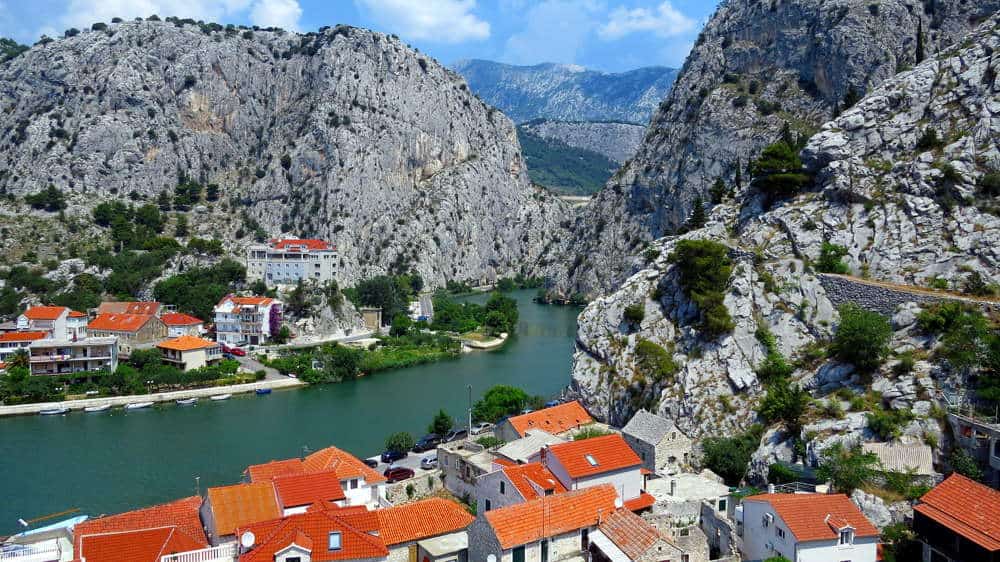 As the 18th most visited country in the world for tourists, Croatia adds an option for your next home that’s a bit different from many others. The atmosphere has a classic, old-world European feel and the weather is mild in most parts of the country. With its rich culture and great wine, who wouldn’t want to learn more about Croatia?

Croatia is the youngest country in Central Europe, having only established itself in 1991, breaking off from then Yugoslavia. Although Croatia is a new country, excavations have proven that the area was inhabited as far back as the Paleolithic age. Museums and outdoor exhibits in the capital city of Zagreb can even give you an idea of what Neanderthal life is imagined to have been like.

An Indo-European people, the Illyrians, began migrating to this area in around 1000 BC. They kept the Greeks at bay so that they would not take over. The Illyrians were pushed out later by the Romans. The Romans ruled this part of the world for five centuries, with Solin as their main headquarters. They facilitated trade by linking the Aegean and Black Seas with the Danube, which made the spot a strategic area for finance. As the Roman Empire began to disintegrate in the third century AD, tribes from the outside began to clash over the territory.

The Byzantine Empire, Hungary, and Venice all joined the fray in trying to claim Croatia as its own. Even the Mongols began to invade in the 13th century, and Napoleon tried in 1796. Tito gained control during WWII and fighting during this time left many dead – with a permanent stain on Yugoslavia. After Tito’s death, the country fell into economic crisis and the government sank along with the economy. In 1989, severe repression brought an end to the Yugoslavian Federation. Croats found that the time had come to end Communist rule and gain independence once and for all. Croatia won its independence in 1991 and was admitted into the UN in 1992. Finally, Croatia is a well-established, safe, independent, tourist-friendly country. It has a strong economy and stable government, as well as history and culture left behind by all those who came before. It truly is a place for history buffs.

The Catholic Church plays a large role in Croatian culture today. Based on Croatia’s history with the Roman Empire, it makes sense that Catholicism played a pivotal role in its education and culture through the years. There are sanctuaries that can be found all over the country devoted to the Blessed Virgin. Many villages still have a traditional bonfire on their patron saint’s’ day.

The Croats are known for being extremely proud of their heritage and culture. They call their country “Our Beautiful Homeland.” This sense of nationalism comes from having such a long and rich culture. Another aspect of this culture is the folklore, which plays a key role. Life experiences are made into verse, songs, melodies, fairy tales, and more. Most of these stories are about family members, as the Croats are a heavily family-oriented people. Their symbolic rituals incorporate music, dance, costumes, and jewelry.

Croatia is a bit different than many countries when it comes to obtaining residency to live or work abroad. Rather than simply applying for a visa, you have to also apply for permits. If you’re from one of the specified countries, North American countries included, you may enter the country for up to 90 days without a visa. If you wish to stay longer, you must visit a police authority in person during this 90 day stay and apply for a temporary residency permit, valid for one year. You can determine at that point what kind of residency you would like: investment, business, retirement, etc. This will determine what paperwork you will need to begin the process. After five years of renewals of your one-year residency permit, you may apply for permanent residency abroad in Croatia.

Croatia is a well-known country for tourism, but the cost of living is still less than in most Western European countries and less than that of North America. There are a few cities, such as Zagreb, Split, and Dubrovnik that are more popular and therefore more expensive than others, but here’s a general breakdown of what you can expect:

Croatia is made up of two major climate regions – continental and Mediterranean. The geography hosts a mixture of mountains, plains, forests and, of course, beaches. The Mediterranean climate that stretches from Istria and Kvarner to Dalmatia is usually much cooler than other areas of the country. The average temperature along the coast is about 75 degrees F in the summer, and inland the average summer temperature is only a bit cooler, in the lower 70s. During the winter, the cooler areas have an average temperature of 35 degrees F, and the warmer areas have an average temperature of just under 50 degrees F. Croatia is the type of place you’d want to relocate to if you’re looking for mild temperatures or cooler temperatures year round.

The combination of beach, mountains, and plains with old-world architecture such as the monasteries and medieval walls make this country a beautiful place to call home, no matter which city you choose. If you’re seeking to move abroad to a history-rich Mediterranean vibe with lots of wine, clear waters, and boats, Croatia is likely the place for you.

Brooke Cobb Sep 8, 2017
Sometimes expats want to relocate to new countries and continue to work. Maybe it's a way to pass the time, or…