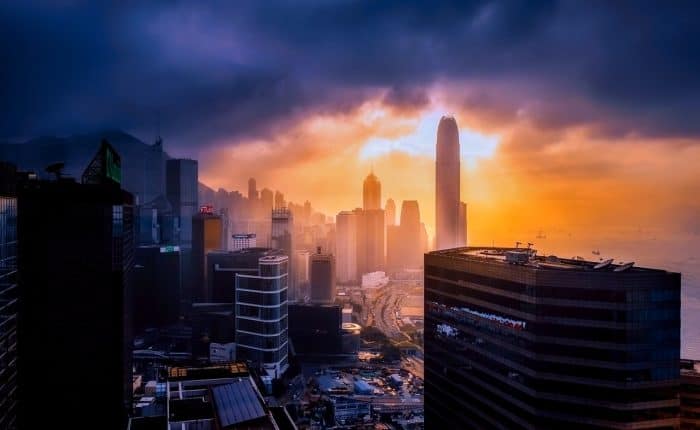 2019 wasn’t great for global economics—the US-China trade war and the anti-state protests in Hong Kong have set off a chain of events that introduced an unprecedented amount of economic uncertainty. As we move towards an inevitable economic recession, it’s time that you consider jumping ship from the US economy and the economy in Hong Kong. With fluctuating gold markets and now the instability in the Far East, there’s no other way that the tides can go really.

Financial flexibility and mobility is essential for your survival when your investment destinations are behaving erratically. Considering the fact that financial markets behave according to the thoughts of the individual investor, the existing uncertainty points to greater turbulence in the market. It’s only with the best financial services that you can move your money around with ease to protect your wealth. It’s for this reason that I’ve told my clients to start moving their money out of Hong Kong to Caye International Bank who’re accepting applications from clients in Hong Kong. These guys are accepting minimum deposits of $1000 and will open your account remotely—you don’t even need to be there.

Having said that, I’m writing this article because things are getting out of hand and people need all the help they can get. Anyone still wondering whether they should leave Hong Kong markets needs to move out because the political unrest and the abysmal negotiations during the trade war don’t bode well for investors across the world. To that end, I will discuss the US-China trade war with respect to its impact on Hong Kong and the financial implications of the dynamic.

While the Trump administration celebrates the agreement on one of the first successful negotiations with Chinese officials to reduce tariffs, we don’t really know what’ll happen after. Analysts are saying that this is just a Christmas Truce that won’t hold in a couple of months. There’s plenty of reason for this uncertainty considering the discrepancy between US and China’s statements about the deal and the less than impressive responses of stock markets after the agreement.

Senior economists like Paul Krugman say that the agreement won’t solve anything for the United States considering how the Chinese avoided tariffs worth $160 billion while agreeing to buy only $40 billion worth of agricultural goods. It’s still a net deficit of $120 billion for the US economy. The Chinese on the other hand aren’t too happy about the terms, with people saying that the Chinese government gave up too much to the US. Since Trump refuses to back away from his tariffs, the phase 2 deal still looks like a pipe dream because it’ll require the Chinese to give up exactly what they need to expand their economy—their economic influence. For all we know, these talks might break down once again and Trump’s impeachment won’t make things any easier.

Hong Kong has traditionally served as the focal point for US investments intended for China and from China to the US. Chinese companies rely quite heavily on Hong Kong’s financial markets to raise capital—the continued protests and clashes between protesters and the LEAs in the city induced massive capital flight. This isn’t helped by the fact that the trade war had already dealt intense blows to the economy.

Back in March, the administration in Hong Kong and the Chinese signed an extradition agreement that was considered a violation of human rights. Since then, protesters have shaken Hong Kong to the core, which is finally beginning to show in its economic conditions. The city’s economy is driven by expats working in its financial sectors and because of a thriving tourism sector.

These protests have already forced an economic shrinkage of 1.3% to induce the first recession in a decade. Expats are rethinking their decision to stay in the city and tourism revenues have fallen. It’s a mark of how badly tourism’s affected that Cathay Pacific has announced a flight capacity cut as the number of people flying to Hong Kong fell by 16.2%.

The financial sector fairs no better as economic activity shifts to Macao in light of these protests. The Chinese gambling hub saw its shares rise as the government increased the money transfer limit by 60%. Clearly, the Chinese are trying to figure out a way to move their financial activities to another center as they lose control over Hong Kong.

In light of the US government signing a Human Rights Act expressing moral support for protesters in Hong Kong, the negotiations are expected to hit a wall as well. The Chinese have expressly told the US military to stay out Hong Kong, showing that tensions are running high between the two superpowers which could have greater economic consequences.

The Impact Of The Trade War

At the beginning of the trade war, nearly 17% of all Chinese exports to the US passed through Hong Kong. Hong Kong sees itself losing out on revenues owing to this trade war as these tariffs show no sign of being abolished. Combine this trade loss with the political unrest in the city—I don’t really see how any of these things might stop.

What Is An Investor To Do?

Smart investors always keep in mind the flow of geopolitical currents (this is my favourite paid newsletter dealing with Geopolitics – click here) when making their investments. Let’s start with the situation in Hong Kong—the political instability isn’t going to resolve itself any time soon. Assuming the city keeps losing money, you’ll need to move your money out as soon as possible.

Let’s take a broader view now—if the trade war continues and Hong Kong crashes, then we’re in for a recession. In that moment you’ll need to start moving your money into commodities because financial markets will succumb to the pressures of a global economic recession.

In either of the two situations, you’ll need to find a bank that extends the greatest possible range of mobility options. That’s Caye International Bank—additionally, you’ll need a money transfer service that doesn’t charge an arm and a leg. You should consider working with Moneycorp for your transfer needs. With these two services, you’ll be golden in the event of any economic instability or collapse.

I do hope you enjoyed reading: The Impact of the US-China Trade War on Hong Kong.