Residency and Citizenship
By Charlotte Tweed On Oct 26, 2021 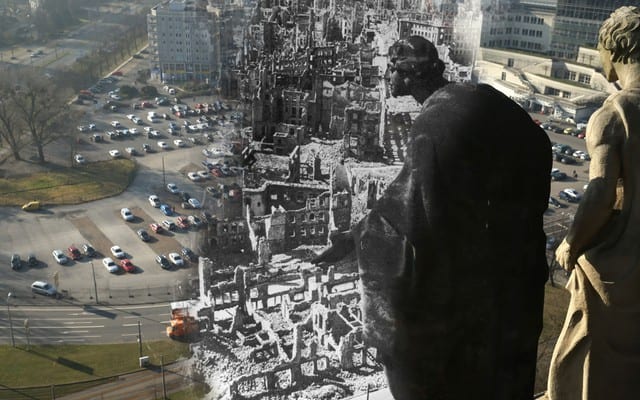 Lost jobs. Government deciding everything for you. Travel allowed to approved areas only. Free thinking is not valued or rewarded. Families separated.

It should. But I am not talking about life in Canada or the United States as it is today. It is a chilling description of living in Eastern Europe before the fall of the Berlin Wall when Communist Russia was in charge. Winston Churchill used the term “Iron Curtain” for a reason.

We Should all Learn from what Happened

The more freedoms we give up, the harder they are to get back.

I listened to a podcast with a Dresden resident about her experience growing up in East Germany before the fall of the Berlin Wall in 1989. She was a teenager at the time. Like all of us, her experiences shaped her outlook on the rest of the world.

Travel within Eastern Europe was allowed. Travel west, however, was forbidden. She could go to the Soviet Union, Hungary, the Czech Republic, Poland, Romania, and Bulgaria. After the border opened, she embraced her newfound freedom and would go with her friends to a different capital in Europe every weekend. Eastern Europeans had an excellent education but there were no opportunities. The people from the East were treated as second-class citizens.

She arrived in Berlin two days after the wall came down.

Berlin had the largest celebration because all the action was in the city. Not everyone was rejoicing because there are always two sides to the story. It seems we humans feed on division. Mostly the younger generation reveled in the removal of the wall. Now the world was open for them to explore and travel. They were now allowed to live their own lives. Career opportunities opened for this promising generation.

For the older ones, the story was different. Many of the older people lost their jobs. And with the removal of the wall, people had to take care of themselves. Before the wall came down, the government did everything for them. People were not educated to be entrepreneurs, how to run things, and how to be innovative. There was a big middle class as everyone was treated the same. To be a freethinker was not good and not rewarded. But these entrepreneurial qualities were rewarded after the wall came down. Those who were freethinkers before could now venture out and find prosperity.

Older ones who needed to be told what to do and were unable to make decisions had a hard time adjusting to a free society. They had been under government control for so long they didn’t know how to function. Eventually, the inequalities leveled out.

At first, there was joy on both sides when the wall came down. Later, much tension arose between East and West Germany as people could take things away from others. Today, the difference in East and West Europe is minimal and tensions are gone.

Her biggest takeaway from the experience? The wall coming down was a peaceful revolution. There was no bloodshed. This is not the case in most countries when a political division of such force is removed.

When European’s came to America, they were looking for opportunities. Freedom of religion. Freedom from government control. Freedom of enterprise. Some heard rumors of a second war as soon as World War I was over and refused to live torturous lives again.

Ironically, I have the same premonition. Time to get out before what comes next.

The rebar, concrete, and barbed wire are being ordered for construction.

We Took our Freedom for Granted

Those opposing the government and their draconian public health violation laws have been called selfish for wanting to keep their constitutional freedoms.

“What good are freedoms if I am dead?” the sheeple bleat.

Don’t let the obstacles of the government get in the way. Yes, these are challenging times. But don’t give up too early. You do not have to stay where you are. There are options.

Like our ancestors, it’s time to look for an escape route.

Venturing into the world is a chance to create a new life. Imagine exploring different countries while deciding where to live. Make your choice. Find a community where all the people are on the same page. Somewhere you are allowed the space to have fun. A place to fill your heart and soul. When you choose your new country, let’s have the biggest celebration ever.

Jump Over the Wall

What’s your plan to move forward in your expat journey? By subscribing to Escape Artist Insider Magazine today, draw out the adventurous soul inside of you, set intentions, and be prepared for anything and everything to discover your formula for a freedom lifestyle. Take the journey within the pages and recalibrate your inner expat.

11 Reasons For an Escape Artist to Own an Online Business

Relocating to Belize: How to Make the Move – an Interview with Curtis and Cindy Evans