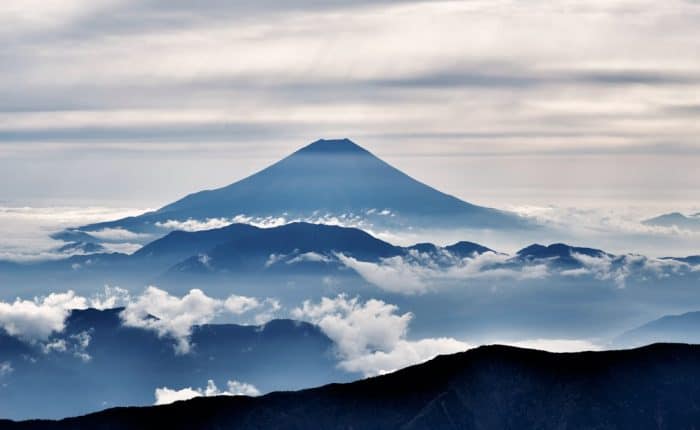 I don’t know if anyone has ever considered homesteading in one of the most densely populated expensive countries in the world. Japan probably does not come to mind when considering buying a farm or developing a piece of land, but because of some interesting demographics and economics, Japan should be on anyone’s list of possibilities if homesteading is your desire, especially if you have or plan to have children. I will tell you why.

To anyone who has visited or even thinks of visiting Japan, the images of Tokyo skyscrapers and oozing masses of people crammed into dinky dwellings that rent per month for more than a years wages in many countries, comes to mind. But there is another Japan. I am talking about rural Japan, outside of the cities.

Here the air is clean, water is pure, homes are bigger, land is available, living expenses are a fraction of what they are in the cities, the people (almost) friendly, and some local governments will actually pay you to live in their village. I am not kidding.

Granted it is not enough to get rich on, but, believe it or not many localities are falling all over themselves to recruit families especially with younger children, to move to their town. They are offering all sorts of incentives and assistance to try to “revitalize” the countryside.

The reason for this is demographics. To start with, Japan has one of the lowest birthrates and highest life expectancies in the world. Something like 1.54 children per couple (I know the joke about the half kids running around). There are not enough children being born to support the increasingly aging population. Many folks are quite active in their 80’s and many live well into their 90’s and beyond. Not enough taxpayers to support the elderly in their retirement. The other reason for this is for reasons that are too complex to go into here, but basically young people prefer to not live or remain in the rural areas. The economies of these areas are usually agriculturally based and the cities and bright lights with better paying more glamorous jobs tend to attract the younger people. So combine these two factors and what you have left are many, many small rural towns and villages (10,000 people or less) losing more and more of the younger, tax –paying, productive citizens, (with fewer being born all the time).

This leaves an increasingly aging population of retired or semi-retired folks taking advantage of more and more social services in their ‘golden years’. In 10 years or so, many of these localities will essentially be nursing homes or will cease to exist altogether.

Various localities in our area of the country try to entice families with children by offering various incentives and enticements. It would be impossible here to detail all the various programs around and I should add that most localities offer nothing “official” or do not publicize what they do offer, and certainly all places are not teeming with possibilities, but I can give a few examples with which I am personally familiar. One aging mountain village in our area offers a one time cash incentive of Yen 30,000 per child inserted into the public school system, along with subsidized housing and a “travel expense” allowance of Yen 40,000 per month for the time resided in the village. There are conditions however. You must agree to stay in the village for at least 5 years and if you leave, all money received must be returned. This sounds good, but they only offer it to families where the main breadwinner is under age 40. School children receive a small “allowance” for school expenses and free bus pass.

Winters are mild by any North American standard, an occasional snow that soon melts. Summers are hot and humid but because of our higher elevation (about 800 meters) we don’t need air conditioning and it always cools off enough to be comfortable in the evening. Besides big old Japanese farmhouses never need air conditioning. The government is a stable democracy; the economy is big and starting to improve. We are concerned with a major earthquake though and have taken precautions in case ‘the big one’ hits. But I would much rather be here than in the city when and if it does come. Japanese people are somewhat aloof, but at least they will leave you alone if you prefer. Friends are sort of hard to make. There is none of the ‘local price’ ‘foreigners price’ stuff I found in many countries I have visited.

All in all, I guess most things can be accomplished here if one is willing to put in the effort, but really, isn’t that true anywhere?

Excerpted and adapted from “Down on The Farm – Homesteading in Japan” in Escape From America Magazine, Issue 15

Living in Oman with the Economy Booming