Beyond the Taj Mahal - Escape Artist

Beyond the Taj Mahal

Beyond the Taj Mahal

For good reason, India is called “the sub-continent” – a world unto itself, 5,000 years old, 1.3 billion people enclosed within an area 1/3rd the size of the U.S. Most of it remains hidden and unknown to us.

An area steeped in history and culture; of beauty, peace, serenity; of romantic luxury with marvelous hotels, cuisine, and gorgeous beaches. And, yes, there are jungles with tigers.

This is Southern India – the most fabulous part of the country yet unknown to most of those who have even been to India before. 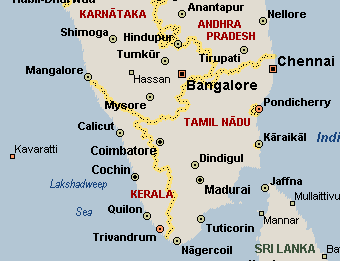 We’ll start in Bangalore, capital of Karnataka state. The best place to stay is the 5-star Oberoi hotel. Let’s begin with flowers. 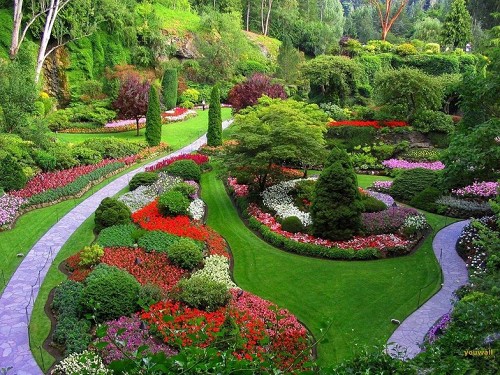 This is the Lalbagh Flower Garden, the most famous botanical garden in India. A gardener’s paradise, it has a replica of London’s Crystal Palace and a rock outcropping that’s 3 billion years old – the Lalbagh Rock.

Once we manage to tear ourselves away from such peaceful serene beauty, we visit the Krishna Rajendra Flower Market – the largest flower market in all of Asia. No single photo can possibly do it justice, so the link is to an abundance of total eye-candy pictures.

We end the morning visiting the Dodda Ganesha Temple, devoted to the most popular Hindu deity Ganesha, provider of wisdom and good fortune. He’s also the most recognizable with his elephant head. Ganesha’s statue in the temple is 18ft high, 16ft wide, carved from a single boulder, painted white, and decorated with gold and jewels. 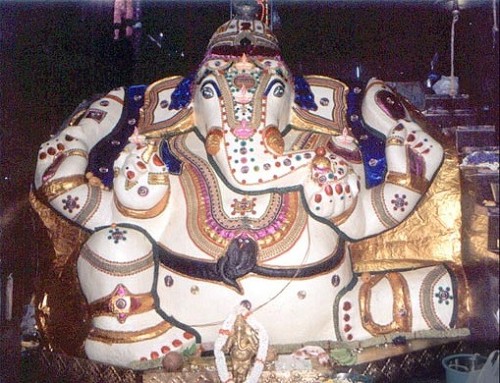 Yet, while Bangalore is renowned for its gardens and temples, it exemplifies New India as a global hub of information technology and biotechnology research, to the extent its sobriquet is “The Silicon Valley of India.” The center of this is the Bagmane Tech Park, home to many of the most prominent info-tech companies in the world.

It’s a 90-mile drive to the historic city of Mysore. Stay at the city’s most historic lodging, the Green Hotel, converted from the Chittaranjan Palace of Mysore’s rajahs. Mysore is known as “The City of Silk.” It’s the main producer of silk in India, and you can see how it’s made straight from mulberry silkworm cocoons.

Then explore one of the great sights in all India – Mysore Palace, the residence of the Wodeyar Dynasty who were the Maharajas of Mysore from 1350 to 1950. 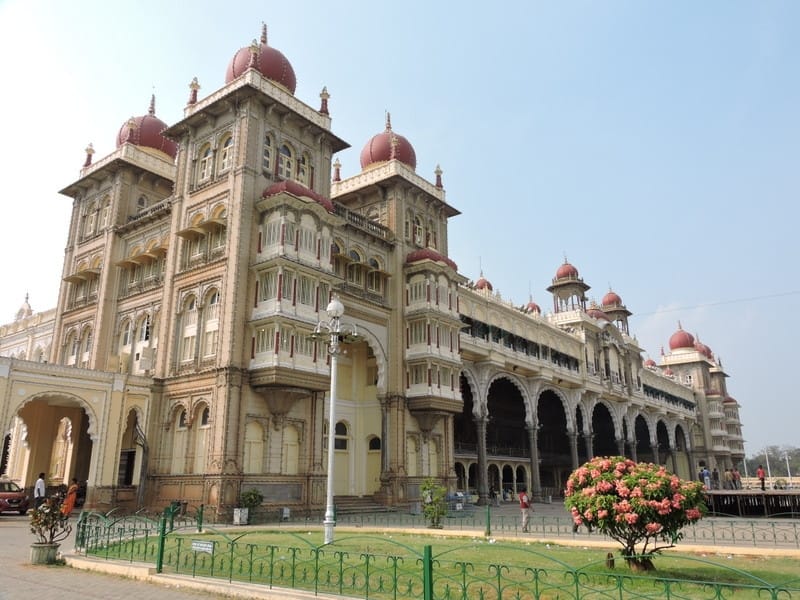 The interior is even more breathtaking than the exterior. This is famous Durbar Hall leading to the Maharajah’s Golden Throne: 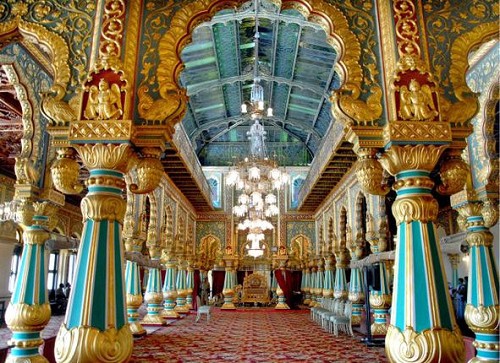 Be sure you’re there on Sunday, for on Sunday evenings, the entire palace is lit with lights: 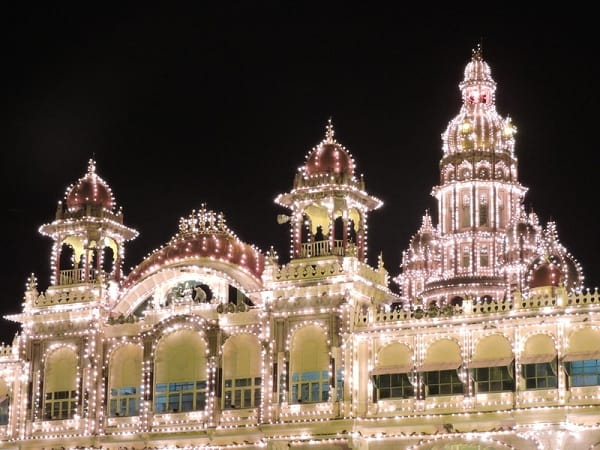 A sight you never ever forget.

Now head for the Nagarhole Tiger Reserve. Nagarhole contains more big wild animals than most any other sanctuary in India – more Asian elephants than anywhere else in the world, over 100 tigers, scores of leopards, their prey in profusion, plus crocodiles and over 300 bird species. A birdwatcher heaven.

Stay at the Orange County Kabini Resort, named by National Geographic Traveler as one of the World’s 25 Best Eco-Lodges. It is simply out of this world. There’s an ayurvedic spa, an infinity pool, the food is fabulous, and you’re treated like royalty.

Go for a boat ride on the river to see crocs and elephants up close, and a jeep safari in the forest to watch for tigers and leopards. This is what we’re looking for: 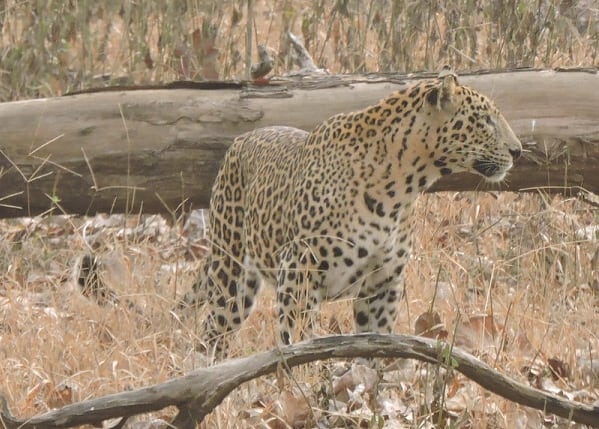 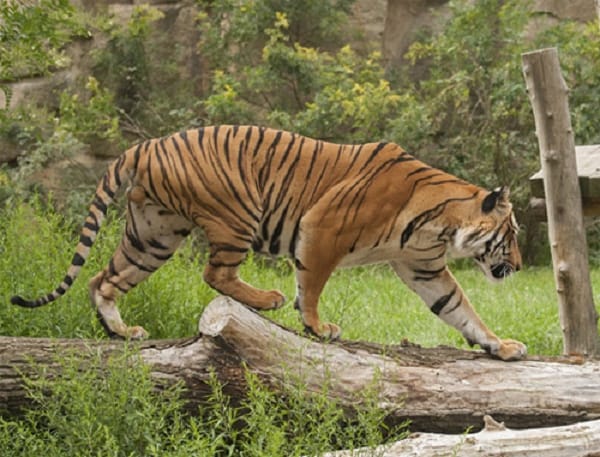 It’s always a matter of luck, for these are animals in the wild – nonetheless, Nagarhole is the best place in India to see them.

And, of course, you’ll want to ride on an elephant: 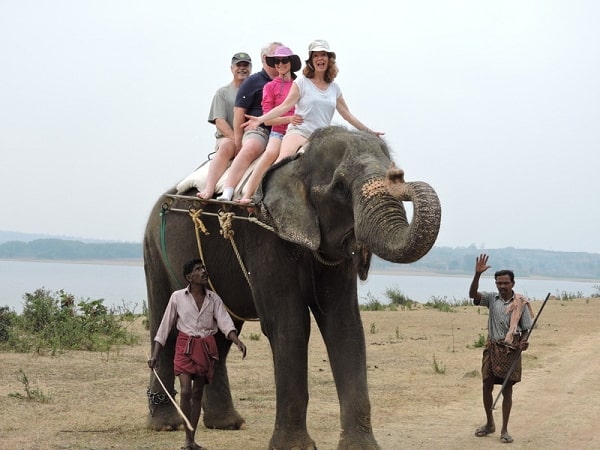 Now it’s time to drive to the cultural heart of Tamil Nadu, Madura. Known to the ancient Greeks and Romans, Madura is one of the oldest cities in India. Stay at the 5-star Taj Pasumalai hotel.  Then make a beeline for the most extraordinary, the most spectacular Hindu temple in all of India.

You will not believe your eyes when you gaze upon the Meenakshi Temple Complex. There are 14 enormous temple towers with the highest being 170 feet, all completely covered with thousands upon thousands of brilliantly painted Hindu gods, goddesses, heroes, and demons. It’s like nothing you’ve seen in your life. 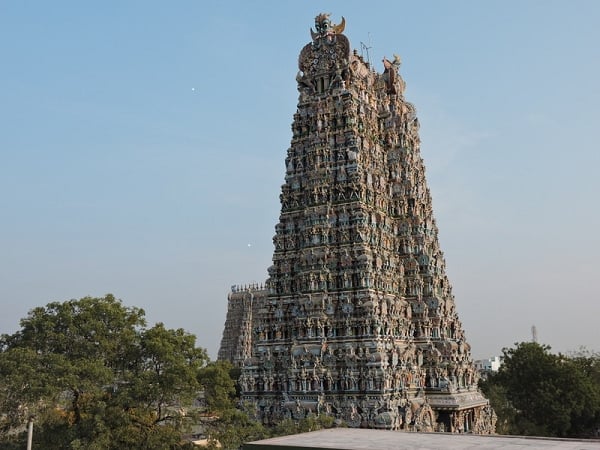 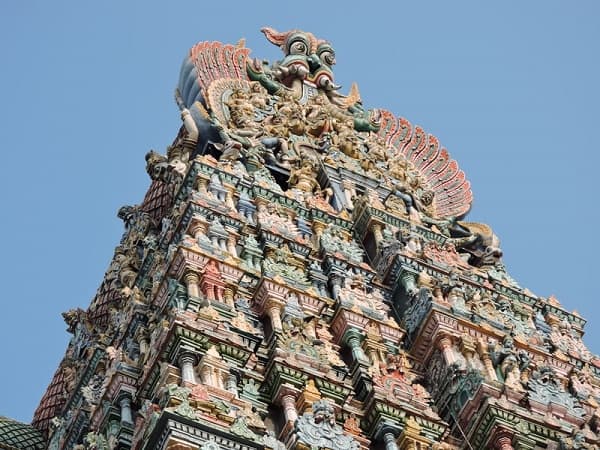 The fantastic figures adorning the temple towers are in the tens of thousands: 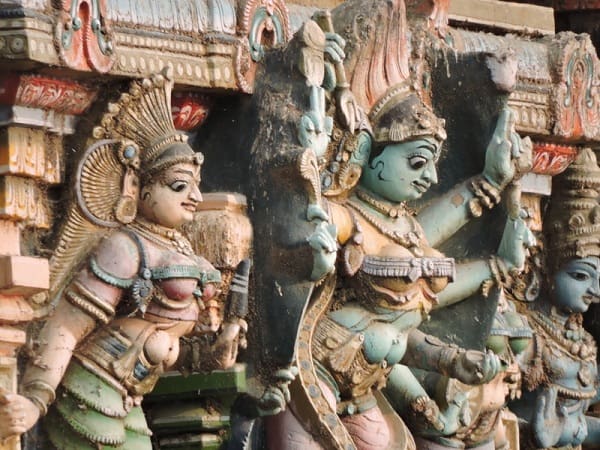 From Madura, you drive to the very southern tip of India, Kanyakumari, arriving at the appropriately-named Seashore Hotel. This is your view:

These two islets are just off the coast. On the left is the Vivekananda Rock Memorial – on the right is a giant statue honoring Thiruvalluvar, the most revered Tamil poet and philosopher who lived some 2,200 years ago. You can visit both.

One of the more fascinating aspects of Kanyakumari is its being the center of Christianity in Tamil Nadu. Almost half of the area’s population are Christian. One of India’s most famous churches, the Church of Our Lady of Ransom, overlooks the city, where you can attend Sunday services and meet Tamil Christians.

Kanyakumari is a real fishing village, so be sure to walk on the beach and make friends with the fishermen as they bring home their catch for the day.

Now, let’s take a train ride up the Malabar Coast to Alleppey in the state of Kerala. Here we find the famed Kerala Backwaters, “one of the most beautiful locations on earth,” to quote National Geographic magazine. To explore them by luxury houseboat is one of National Geographic’s “50 Top Experiences of a Lifetime.” 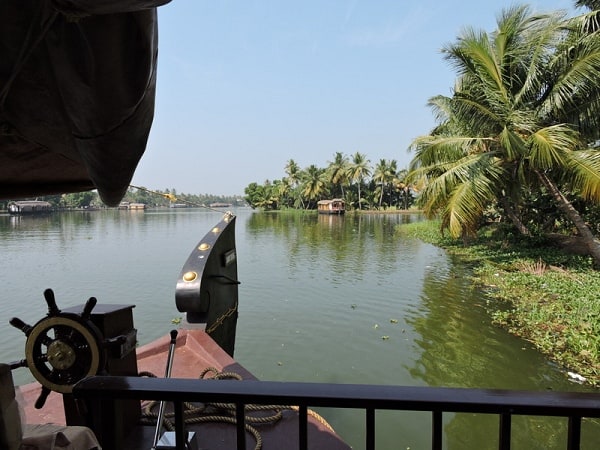 Visit tiny fishing villages tucked into hidden palm-fringed lagoons. Catch your dinner of fresh fish. Spend the night moored in a secluded cove. Have a day of such beauty and tranquility it must be experienced to be understood.

Disembark from your Kerala houseboat and, within an hour, arrive at the historic port city of Cochin (Kochi) to embark on an exploration of extraordinary history.

It is the story of one of Jesus’ Twelve Disciples, St. Thomas the Apostle, who spread the Gospel widely after the Crucifixion and landed on the Malabar Coast of India in 52 AD. There he founded what may be the oldest Christian communities in the world, that of St. Thomas Christians, or as they are locally known, Nasrani (people of Nazareth).

St. Thomas founded seven and a half churches (the last uncompleted when he died) in Kerala. They still exist. The first and, thus, the oldest church in all of India is the St. Thomas Syro-Malabar Church in Palayur:

The other principal Apostolic Church established by St. Thomas is the Syro-Malabar Pilgrim Church at Kottakkavu:

The 2,000-year-old community of St. Thomas Christians thrives today, comprising some 20% of the population of all Kerala. It is a tribute to religious freedom in India, and certainly one of the most fascinating historically.

This is but the briefest glimpse of what exists in Southern India. Of all of this, and so much more, what you’ll remember more than anything, however, is the wonderful friendliness of its people. 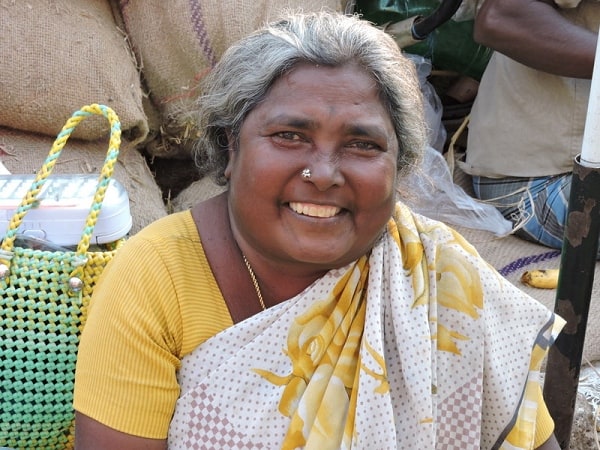 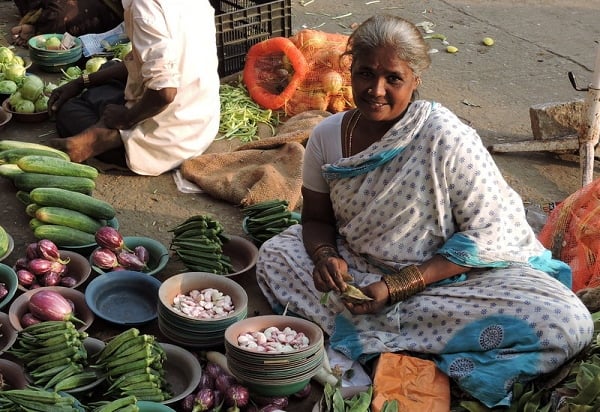 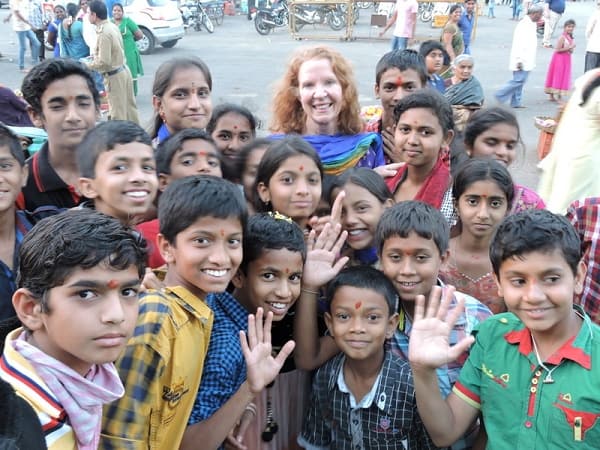 My wife and I had the most memorable time taking friends to this marvelous part of the world – and we’ll most likely do so again in the near future. Be sure and sign up on the Wheeler Expeditions mailing list to find out when, and to make everything above a part of your life.

Essay: Should Politicians Have a Retirement Age?