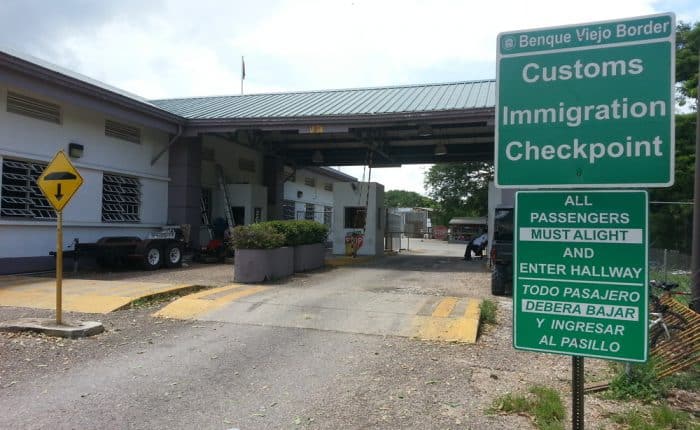 Q: Could you explain what is going on with the Belize/Guatemala border dispute and the current referenda occurring in each country about resolving it? When did the dispute start? How will it end? Also, should I be worried about investing in Belize if it should lose part of its territory to Guatemala?

A: The Belize/Guatemala border dispute is not new, but goes back over 150 years.  Belize was originally part of the land grant given to the King Phillip II of Spain by Pope Innocent IX in 1591 that included Mexico as well as Central and South America. Belize, however, was never colonized by the Spanish, but rather by English settlers who discovered the expansive natural resources of the region, particularly timber.  The loggers pushed deeper and deeper into the jungles of what was then called British Honduras, cutting ancient mahogany and other hardwoods and floating them down the Belize River to a central point where they were collected (now Belize City) and then shipped to Great Britain.

The Spanish Armada sailed into the waters of Belize in 1798 with the goal of driving the British settlers out of the region. They were set to engage a small garrison of British troops on the barrier island of St George’s Caye, when a hurricane arose and drove away the Spanish ships that never returned.  The “Battle of St. George’s Caye” is still celebrated each September as one of two holidays that comprise Belize’s independence. The ownership of British Honduras was never again contested.

But the loggers continued their expansion further and further west during the first half of the nineteenth century.  Meanwhile, Mexico had granted independence to Guatemala in 1838 and transferred its original claim over the territory to its south to Guatemala as had been originally conveyed in the original land grant by the Pope to the King of Spain. Guatemala saw the ongoing westward expansion of the British loggers as a potential threat to the territorial integrity of Guatemala and sought to make a border treaty with Great Britain.  The negotiations culminated in the border treaty of 1859 which set the western boundary of British Honduras.

The treaty called for the creation of a border and for markers to be established by the two countries collectively.  Those markers still exist and can be easily viewed to this day on either side of the demarcation line.  The border was reaffirmed 50 years later by both countries in the treaty of 1909. The original treaty of 1859 had a provision in it (clause 9), in which Great Britain agreed to use its best efforts to help Guatemala construct an access way from Guatemala’s capital on the Pacific through to a thin strip of land along Belize’s southern border to the Caribbean Sea. Unfortunately, the access way never materialized.

During World War II, as Great Britain’s global strength was being compromised, Guatemala announced that it was repudiating the original treaty of 1859 because the access route had never been created to the Caribbean. Guatemalan politicians (but never any serious Guatemalan legal scholars) have taken positions on and off since that first repudiation that some or all of Belize belongs to it. In fact, the first time I crossed the Belize/Guatemala border in 1993, I was surprised to see a map on the Guatemala side which proudly showed Belize as a “state” of Guatemala.

International law clearly favors Belize on this issue for a variety of reasons as discussed below, but primarily because of the right enshrined within the Charter of the United Nations, recognizing the rights of all peoples to pursue their own sovereignty and freedom. The bottom line was that regardless of Great Britain’s failure to assist with an access route, the border treaty was simply a recognition of the then “status quo” between the countries and not the quid pro quo for some type of territorial transfer from Guatemala to British Honduras.

Over the next forty years, negotiations, discussions and offers to submit the matter to an international tribune were made off and on by both sides. In 1981, Belize became sovereign and replaced Great Britain at the negotiating table.  It was recognized as a distinct country and people by the United Nations and has been recognized by and has diplomatic relations with most countries in the world (including Guatemala) as being fully sovereign. The real question during these negotiations was never for Belize to be acquired or integrated into Guatemala, but rather what type of compensation, if any, would be due to Guatemala for the UK’s failure to help build the Caribbean access way.

Some legal scholars believe that the resolution of the issue will be for the International Court of Justice to affirm Guatemala’s access and rights to the Caribbean Sea.  Belize has already on its own reduced its territorial and commercial claims over the water rights on its southern border where Belize, Guatemala and Honduras all converge, agreeing to the general principle of equality over those water access rights.  It would be impossible for all three countries to exercise simultaneously the recognized international limits over the same territorial waters, and Belize has acknowledged that fact.

The two countries now have an historic opportunity to resolve the border issue once and for all by referring the matter to the International Court of Justice (ICJ) at The Hague in the Netherlands. Both governments have agreed to the procedure which requires that the matter be put to a voter referendum in both countries. Guatemala recently held its referendum and the ICJ referral was passed by a majority of the voters there.  Belize has set its referendum for next April and will spend the interim time educating its voters on the importance of the process and the ultimate peaceful resolution of the matter at the ICJ.

Unfortunately, some elements within Belize have used the referendum vote as an opportunity to attack the Government and its leaders for domestic partisan political purposes by scaring the population, particularly in the Southern regions of Belize that large swaths of Belize may be turned over to Guatemala. Of course, nothing could be further from the truth.  Failure to pass the ICJ referral, on the other hand, would undermine Belize within the region, and at the UN where it has enjoyed wide scale support.  The border which is poorly marked on the ground in many places will lead to continuing wide scale illegal immigration from Guatemala into Belize. This, combined with the population disparity (17 million versus 375,000) will make it harder and harder for future generations to solve this matter in a peaceful way.

It is imperative that Belize seize the opportunity to pass the referendum and I believe it will be rewarded by the ICJ and the larger international (UN) community for doing so.  In fact, Belize’s border will not be changed by the ICJ (with perhaps the exception of certain water rights on the southern border where Belize, Guatemala, and Honduras converge and perhaps an uninhabited island or two within the contingency zone) for the following reasons:

First, the border was established voluntarily by both sides in 1859.  No compulsion or force was used by either side.  The British Honduran side had always been colonized by Great Britain.  No Guatemala settlements existed within British Honduras nor had Guatemala, Mexico or Spain ever controlled the area.  The one brief attempt by Spain to exert control over the region failed at the Battle of St George’s Caye.

Secondly, the UK “promise” in Article 9 of the Treaty of 1859 was a loose undertaking lacking specificity.  Some scholars estimate that the access way if built contemporaneously with the treaty and entirely by the British would have cost 50,000 (1859) pounds. At the same time, the treaty was not predicated on that clause nor was it a quid pro quo for any territorial concession made by Guatemala.  Again, the treaty recognized the status quo at that time, which both sides wanted to maintain in the treaty.

Finally, despite the fact that Belize is a young country, having been established in 1981, the people of Belize are thoroughly Belizean. The United Nations Charter recognizes the concept of self-determination and it goes without saying that no region or community of people within Belize would voluntarily agree to become Guatemalan. So if the question in the referendum was “should we remain Belizean”? rather than “should we refer the border dispute to the ICJ?”, the election results would be  100 percent in favor of remaining Belizean.  Only because of misinformation and disinformation in the way the issue is being presented by self interested political factions, is the current fate of the Belize referendum uncertain.

Nevertheless, leading opposition leaders are now slowly starting to come out in favor of the ICJ referendum.  Historically, the opposition party when in Government championed the resolution of the border dispute through referral to the ICJ.  Responsible leaders on both sides of the political aisle, recognize that this should not be a red versus blue political issue but rather one that all Belizeans should rally around and support in building a better Belize and in creating an environment of peaceful coexistence with its much larger neighbor to the West.  This is certainly a once in a generation opportunity to solve something that has been unresolved for the last 160 years and hopefully the time available to educate all Belizeans about the benefits of resolving the matter will be used wisely to build a large consensus in favor of the referral.

As for foreign investors, the matter really won’t affect you unless you decide to try and purchase an uninhabited island on the southern border (something I’d advise against) in the overlapping contingency zone.  The rest of Belize is wide open for foreign investment.  Foreigners are treated constitutionally the same as Belizeans when it comes to their investment, especially with regards to real estate ownership.  And even should Belize fail to pass the referendum, that doesn’t mean that the Guatemalan Army will march across the border and seize Belize’s territory.  An existing contingency zone already exists with international observers who monitor the border.  Belize has treaties with both the UK (British Army Training and Support Unit, BATSUB) and the US (Defense Pact of 1991), which would presumably come go Belize’s assistance should any incursion of its territory ever occur. Belize is a member of the UN, the Organization of American States (OAS), CARICOM, and CELAC and any/all of these organization would apply whatever pressures they could (mostly economic) against any country that violated Belize’s sovereignty.

So the bottom line is an investment in Belize is both protected by the domestic legal institutions in Belize as well the international community’s support of Belize as a sovereign and independent country.  I hope that you’ll move full speed ahead with whatever investment plans you currently have for Belize and I’m sure many years into the future you’ll look back and be pleased that you did not let the Belize/Guatemala border dispute keep you from pursuing your dreams in Belize.

Again, thank you for your marvelous question and do not hesitate to let me know if I can assist you further.