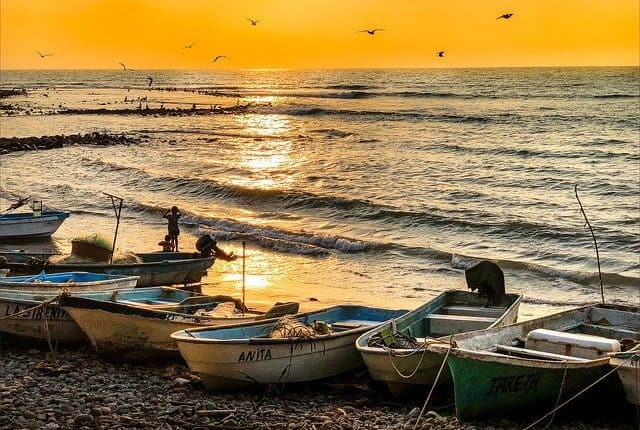 During my quarantine I’ve been paying a lot of attention to the Mexican economy, I am looking at trending economic zones and how a crisis affects them, so let’s analyze the Mexican real estate market and the potentials, let’s discuss!

Mexico has been dubbed as one of the fastest-growing economies of the Americas in the past few years, and it’s quite refreshing to see that the country’s finally making some economic progress. The government is spurring on the development of infrastructure, incentivizing start-up culture and easing immigration processes for anyone looking to become a Mexican national.

One of the more notable features of this economic growth is the dynamics in the real estate market, which has been significantly impacted by the economic development of the country. Currently, real estate in Mexico is one of the most viable investment options to the interested investor and I’m writing this article to tell you why that’s the case. I’ve been telling many of my clients to consider Mexico, specifically Merida, Playa del Carmen and Tulum, as an investment destination simply because I see a bright future over the horizon.

Growth in the real estate sector is almost always tied to economic growth because of the role of growing income in a region.

When a country as populous as Mexico experiences growing income and wages, it always translates to a higher demand for real estate; this was especially true for the real estate markets in China, India and Hong Kong.

The Mexican economy is the eleventh largest in the world, with a GDP value of 34% of the United States’ GDP. Compared to its peers in Latin America, it’s the second-largest economy coming right behind Brazil (another one of my favourite countries for investing at the moment) with a GDP valuation of $2.25 trillion.

It’s a mark of the resilience of the economy that even though the newly elected AMLO government cancelled expenditures on infrastructure, the Peso recovered within a few days of the announcement. Experts are of the opinion that economic growth will slump for the remainder of the year, but expect significant growth over the next few years.

This announcement doesn’t come without its reasons because of recent trends in the economy like the booming tech sector that’s raking in money, and with what is happening in the world we will see a greater need for online platforms to stay connected.

Mexico is leading the world with respect to IT development. The country is considered as the new Silicon Valley, given the rise of a tech-savvy workforce and low labour costs.

Revenue growth in areas like AR/VR is as high as 55%, where this growth rate is only the change from last year’s revenues.

According to statistics, 60% of the Mexican GDP comes from the services sector that’s dominated by IT services. These programmers in Mexico cost less than half of what a local American programmer would ask for and give you a greater range of skill set than the local IT labour force.

For the past few years, these small software companies have taken on projects from major IT firms in the United States offering high-quality outsourcing services. From what my friends in the industry tell me, there’s little doubt that Mexico is on the verge of a tech boom that’ll outstrip anything seen in the United States.

There’s a lot of attention driven to the Mexican real estate markets because of recent political moves by the state.

People were expecting that the market will fall since the government cut spending on infrastructure and stopped incentivizing start-ups in the tech sector, but none of that held true. According to recent figures, Mexican real estate prices have grown by 4.73% in the third quarter of 2019, compared to a growth rate of 2.98% in 2018.

The increase in housing prices bodes well for the economic state of the country, giving us an insight in the real economic conditions on the ground. Clearly, people will still demand real estate in Mexico, coronavirus or no coronavirus, and many of these are foreign investors looking to capitalize on the strengthening market will be able to pick up even more excellent deals now.

There’s one thing anyone interested in Mexican real estate should understand is that the country is one of the emerging markets of the global economy. If global estimates are accurate, then Mexico is yet to fully flourish to its full economic potential. With the reports rolling out on the state of the tech sector in the economy and the resilience I see in the real estate markets, you can’t go wrong with investing in Mexico.

The economy might be receding into a slump because of the drastic moves on the part of the government, but the tech sector might very well keep it afloat. FDI inflows have consistently been increasing, with a huge emphasis on the tech sector. Companies like IBM and Microsoft are honing in on the potentials offered by the Mexican tech sector and there are plenty of those around.

Over time, as the tech sector matures, you’ll find that this will impact the entirety of economic culture in Mexico. Much like the United States, investors from across the world will siphon money into the tech sector and this will have a country-wide effect.

The growth in the tech sector will lead to rising incomes as the export of high-value goods and services improves incomes across the country. Considering the massive population in Mexico, demand for real estate will spike. This will initiate a chain of events that will generate massive profits on any real estate investments. Now is the time to invest in Mexican real estate because the market isn’t as expensive as it very well might be a few years down the line.

My suggestion would be to contact SIMCA, who has the most exclusive communities in Mérida, Playa del Carmen and Tulum. If you have ever visited Mexico, you know how amazing these cities are and owning a piece of property here could be the best decision for you and your family for the future.

Mexico is a country burgeoning with immense profit potentials. Recent reports might not present as great an image of the country, but really the effects of economic policies take a while to fully manifest.

If events play out the way I imagine them to, there’s no better time to capitalize on the low prices in Mexico at the moment.

If you’re looking to invest in Mexican real estate, you should get in touch with my associates at SIMCA for expert guidance on your first investment in Mexico.

5 (Not so Common) Ways to get the most out of a Vacation!