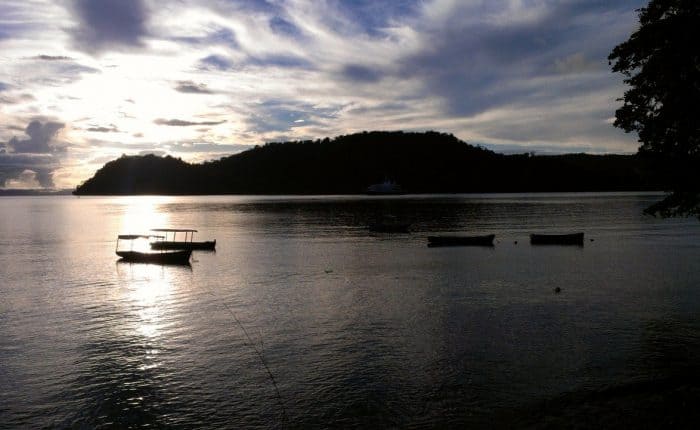 Costa Rica is one of the most beautiful places throughout all of Central America. The country’s recently come into the limelight as one of the best places for people to settle down in if you’re looking for a quiet life after retirement. Owing to the convenient tax laws, the low cost of living and the generally peaceful life in Costa Rica, US expats are moving there in droves to get the most out of their wealth.

I’ve personally visited the country myself and have come to love the place deeply for everything that it has to offer. A lot of people have come to me recently asking where they should settle down and it occurred to me that there’s a need for everyone to realize exactly what this paradise has to offer.

The History Of Costa Rica

When Christopher Columbus set out to discover the new world, the first place he landed was Costa Rica. They decided to name the country Costa Rica (meaning the rich coast) because the indigenous people all wore gold bands in their necks, nose and ears. The region was colonized and pulled under European control until it gained independence in 1821, after which the country became known for its central role in coffee trade to which it owes much of its prosperity.

The country was actually considered an economic success story until 1978 because of a fall in global coffee crisis and huge debts borrowed by the state. The resulting economic turmoil basically turned the country into a highly unstable region, which it has now overcome by shifting its focus from agriculture to technology and eco-tourism. This emphasis on the development of eco-tourism basically led to the country’s recognition as one of the best places to settle down in and call home.

The Costa Rican economy has to arguably be one of the best throughout the Latin American region. Currently it ranks at 11th among the 32 countries in the region in terms of its GDP which currently stands at $89.9 million with a growth rate of 3.2% per annum. Owing to the economic stability in the region and the ease of doing business in the country, people from all over the world are investing in sectors throughout the country—generating $3 billion in FDI per year.

It’s interesting to note that the country is actually a dominant exporter of technological goods and services. Much of its foreign income is generated through technological exports—particularly a nearshoring industry that’s preferred by companies in the US owing to the proximity and skill of Costa Rican programmers. The second most dominant sector has to be the tourism sector, which, for a very long time, was the biggest generator of foreign income in the country.

Despite the fact that Costa Rica lies in the same geographical region as countries like Brazil, Argentina and Colombia, it’s always been a fairly peaceful country. It hasn’t seen political or economic turmoil since the 70s and the rule of law is strictly enforced to ensure that people have access to the best law enforcement and judicial services in the region.

Since Costa Rica has played host to multitudes of nationalities, including Europeans, Chinese and Jamaicans, what we see now is a culture that has a bit of each of these cultures. Predominantly Spanish, anyone who goes to Costa Rica will find that it’s really easy to fit in because the people are just really accepting of cultural and ethnic differences. The people are generally very helpful, willing to mingle and you’ll feel really welcome within the local community. I would suggest though that you try your hand at Spanish. Here is an amazing course that my family and I used to become fluent in Spanish when we moved to Panama, it’s called I Will Teach You A Language.

There’s a lot of beauty in Costa Rica because most of the country is forests. The government’s put in a lot of effort to make their tourism practices and operations much more sustainable and it’s been a huge success. When you look at the geography of the country and then take a look at its map, you’ll see that Costa Rica is half beach and half forest. For this reason, there’s no shortage of places to visit in the country. Some places you should visit include:

I don’t know if it’s just me, but the sun just never seems to go down in Tamarindo. It’s one of the coastal cities in Costa Rica and every morning you get the brightest and purest rays of sunshine through your windows when you wake up. It’s a very temperate city lined with white beaches and a Caribbean-eseque vibe to it—there’s literally no way anyone would ever be uncomfortable here. If you are into surfing, then this is the town you want to visit. Eco-friendly activities include watching turtles, diving, snorkeling, body-surfing, zip-lining, and more.

Tamarindo is only an hour from Liberia International Airport, so it’s quick and easy when you start your vacation. The drive is beautiful too, along route 21.

San Jose is the largest city in Costa Rica and the state capital as well. Since it’s the seat of the government, it’s a lot more developed than the rest of the country—but it doesn’t go too far with the urbanization. The government has maintained much of the greenery surrounding the region, and it’s built the city in a way to emphasize the culture, sophistication and advancement without tampering with the surrounding beauty.

Founded in 1736 by Cabildo de Leon, it has a tropical wet and dry climate. The hottest month is April with an average temp of 75 degrees and the coolest is October at around 72 degrees. There are many parks and zoos in San Jose, really a wonderful place for a family vacation.

A lot of people say that the Corcovado National Park is the crown jewel of the Costa Rican commitment to preserving the natural beauty in the country. If you’re looking to sight some exotic animals, indigenous to Central America, you’ll find them in Corcovado. It’s basically this lush jungle that serves as a wild life sanctuary, one of the more remarkable achievements of the eco-tourism practiced in Costa Rica.

There are some amazing eco-friendly tours that happen here. You can watch the dolphins play in Golfo Dulce, a tropical fjord or go snorkeling in the mangroves.

Everything I’ve said till now can’t even come close to delivering justice to the wonders of Costa Rica. The peace, the beauty, the serenity and cultural vibrancy in the country is unmatched by all other nations in the world. The food is great, the climate is mellow throughout the year and you can experience nature in ways impossible in some of the greatest countries in the world.

Thank you for reading this article: A Dive into Costa Rica—A Cultural Guide to Central American Paradise. I would like to share with your our country guide for Costa Rica, it is truly amazing.

I would also like to share a few more articles on Costa Rica and I encourage those adventurous souls to come for a visit, you will love it!