The year was 79 A.D. and Pompeii was a thriving Roman port city nearly seven centuries old when it was erased from the map after the devastating volcanic eruption of Mt. Vesuvius. An eruption so catastrophic it completely obliterated one of the most sophisticated cities of its time, leaving no signs of existence or life.  Littered with layers of ash and pumice (lapilli), this lost city was only rediscovered over a thousand years later in the late 1500s by Italian architect, Domenico Fontana, during the digging of a canal.

What’s absolutely fascinating about Pompeii is that due to the preservation from the lapilli and the slow, continuing excavations (which properly started in the mid 1700s), we’re able to piece together the culture, lifestyle, and infrastructure of a civilization that is nearly 2000 years old.    In addition, after the eruption in 79 A.D., the lapilli changed the geography of the land, creating a new shoreline, nearly 3 miles away from where Pompeii is today. 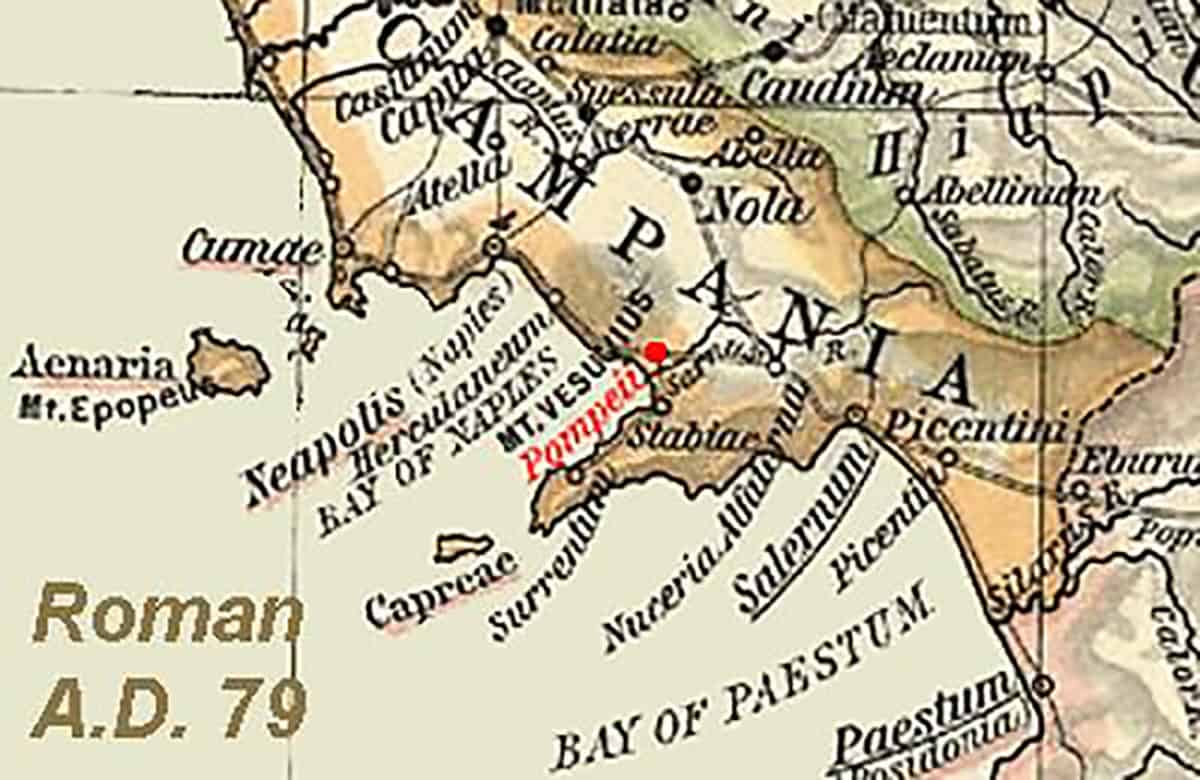 It was a balmy, humid August day on the western coast of Italy and my family decided to spend the morning exploring Pompeii. During the drive to the site we discussed what we have previously learned about this lost society.  We must’ve all been reading from the same high school social studies textbook, because all we could recite was that bodies of inhabitants were found in the position they were in when the volcano erupted. Boy, did we have a lot to learn…and we did just that with our Italian tour guide, Sabrina.

When we entered the walled city of Pompeii we literally took a step back in time, walking on the original road with stones that were laid over 2000 years ago.  Lining the streets were white stones, known as “cat’s’ eyes,” which were used as reflectors.  Drainage troughs on either side of the road collected rain water which led back to the sea.  And sidewalks, also with drainage, were raised to create easy access for the townspeople to get to and from the stores and their home.  (Heck, parts of the world today still don’t know what sidewalk draining is.)  In the middle of some streets were long, flat raised rocks, strategically placed so that carts could still pass, yet the people had a lily pad to hop on when crossing the street.

Home to nearly 20,000 citizens at its peak, this sophisticated port city was frequented by traders and businessmen due to the convenient location on the Mediterranean.  Enclosed in the 170-acre community was a theater, amphitheater, bars, fast-food shops, stores, plazas, hotel, and private residences.  Fast food shops were easily accessible from the road.  They weren’t called McDonalds back then, but the concept was the same, quick access to a meal. 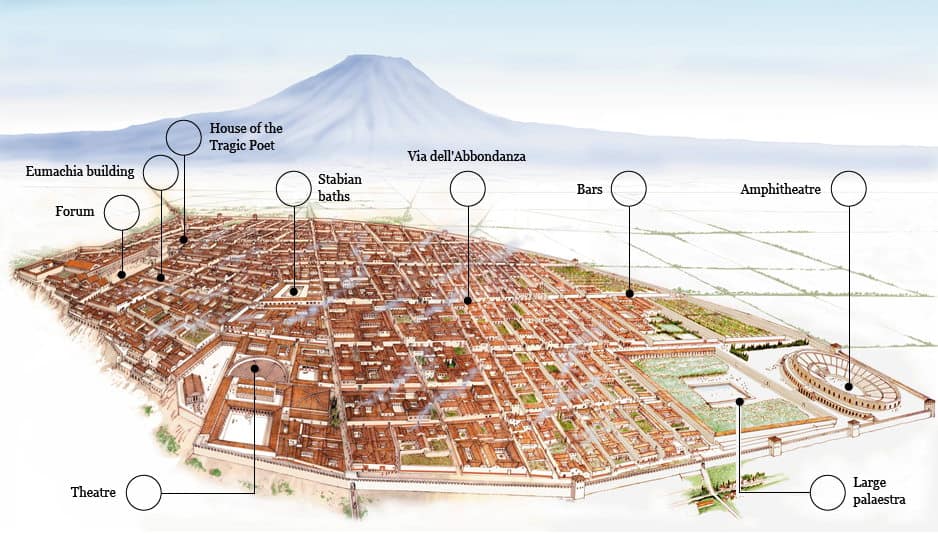 Stores lined the sidewalks with gates that slid across the ground from one end to the other, resulting in permanent grooves that are still visible today. Slaves typically lived above the shops and the primary residence of the business owner, if successful, lived behind the store.  Many homes also had an entrance from the street with a beautifully tiled foyer.  Inside the homes were running water, cisterns, guest rooms, staircases, lavish art, and gardens containing edible plants.  Life in Pompeii was advanced. 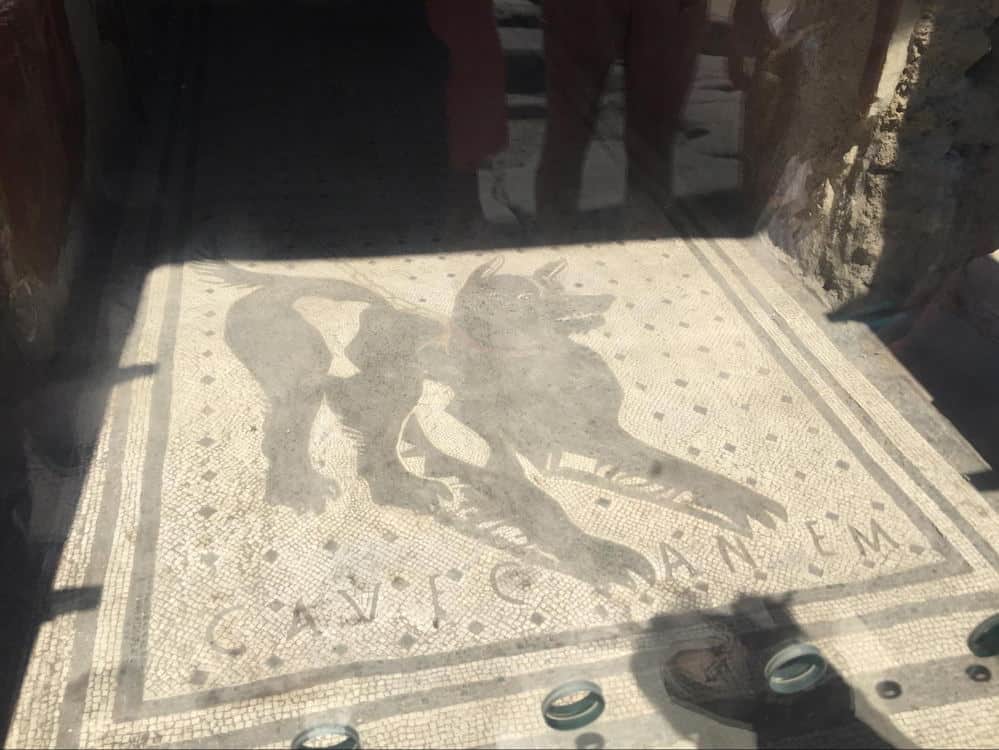 A mosaic entrance of a private residence saying “Cave Canem” in Latin, meaning “Beware of Dog.”

In addition, there was a spa. One for men and one for women.  It was a multi-tier building with fresco-painted walls and high ceilings lined by statues. There were a handful of rooms including a locker room, massage parlor, and sauna.  The sauna was specifically constructed to stay heated with pipes in the walls and under the floor pushing hot water through. Guests had to wear special wooden shoes when sauntering around to ensure their feet wouldn’t get burned.  In the back of the room was a marble tub full of cool water for guests to jump in when they needed to cool off.

As we walked through the old roads and listened to the different pieces of history from Sabrina, I was in awe about how advanced Pompeii was nearly 2 millenniums ago. 80% of the population was literate and the people had running water.  What’s astounding is that after Pompeii was lost, it seemed that infrastructure development throughout the world took a few steps backwards.  Sabrina says it was the shift from Paganism to Catholicism, with the new ruling power wanting to erase the past.  Others have different theories.

Due to an evacuation during a major earthquake in 62 A.D., the population in 79 A.D. was believed to be considerably lower at the time of the volcano, with only about 2,000. To date, less than 1,200 preserved bodies have been found still in the position they were in when the volcano erupted, and today are encased by plaster for better preservation. 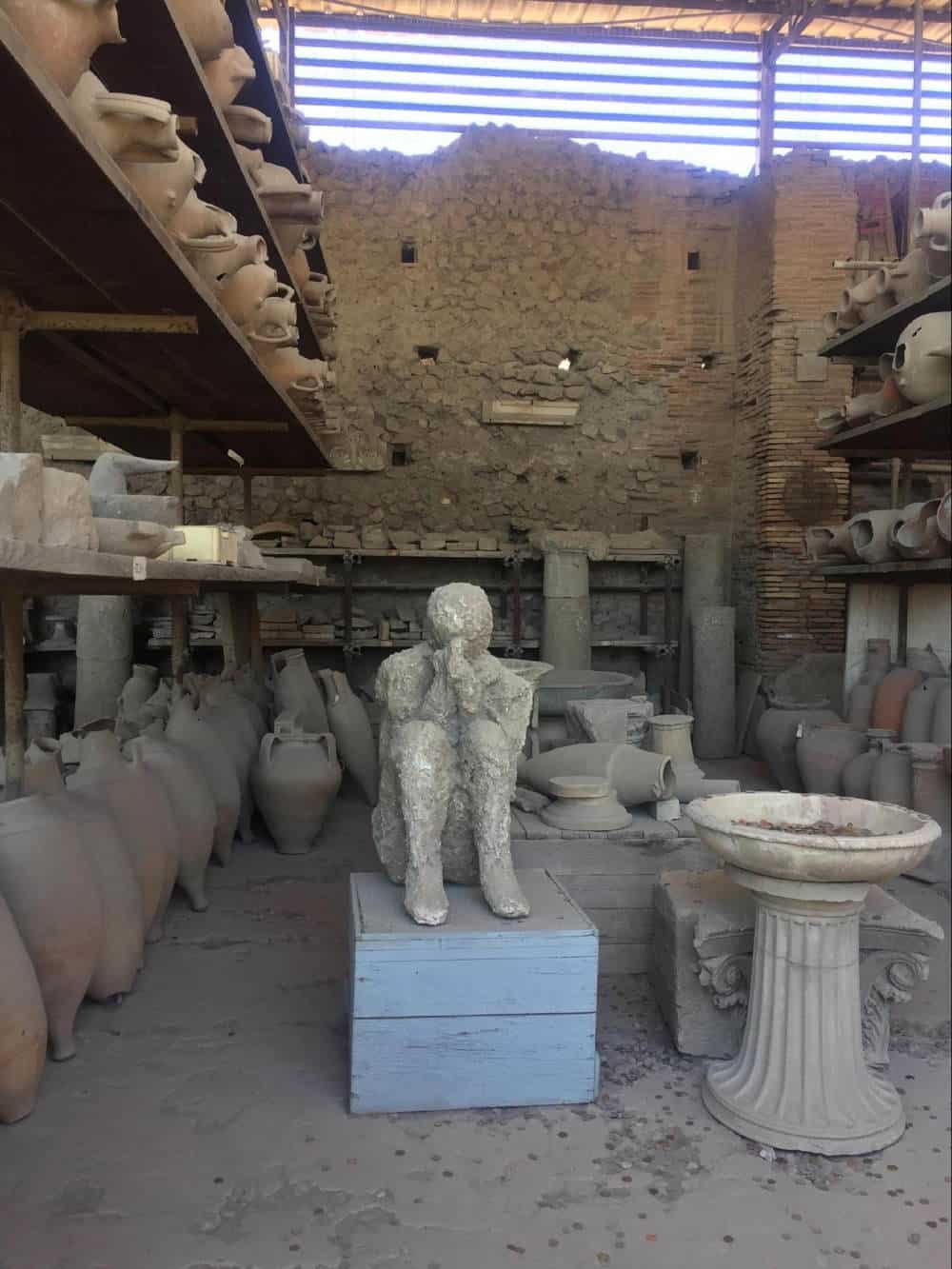 A body from the 79 A.D. eruption preserved with a plaster shell.

Because excavations are still underway with roughly ¼ of the city remaining, many archeologists believe that additionalbodies will be found.  A few bodies can be seen on site with a majority of them in the Museo Archeologico Nazionale di Napoli.  Today the amphitheater is still in use.  Not for the traditional gladiator fights, but rather for concerts and shows.  Fun fact is that Pink Floyd filmed their concert movie in this space.

In just a few, short moments, an entire society was lost.  The remains of shops, entertainment, art, and developed infrastructure have, today, helped us to understand the flourishing city.  We have come a long way, and with excavations still in process, there is still much more to uncover.

Real Estate Trends to Be Observed In 2017