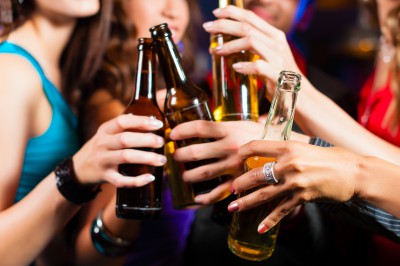 Panamanians love their golden frogs. Their status as a cultural icon dates all the way back to the Mayans who believed they could increase fertility. Their brilliant yellow color eventually gave rise to a myth that upon death, they would transform into actual gold. Frog-shaped talismans called huacas are still considered symbols of good fortune, and replicas are commonly found in Panamanian jewelry stores. Golden frogs are used to promote hotels and restaurants and have even been used on Panama’s lottery tickets.

La Rana Dorada, “The Golden Frog”, opened its first pub on Via Argentina at Plaza Einstein in Panama City in 2010. A second location which is now the primary brewery opened in Casco Viejo, the historic district of Panama City, in 2012. Kraus’ goals were simple – to provide Panama with new, locally-crafted artisan beers, and comfortable spots in which to enjoy them. By all accounts, he’s succeeded admirably.

With more than 25 years of brewing experience, Kraus is no novice. A consultant to the brewing industry, his tenure includes stints as an award-winning brew master for several companies and restaurants in the United States. For over a decade he has served as a master judge in multiple brewing arenas including the top competition worldwide, the World Beer Cup.

Kraus has created four main beers for his venture in Panama, all with something of a European flavor: a German-style Pilsner, a British-style pale ale, a Belgian-style wit beer (according to reports, this the brewery’s most popular), and a London-style porter. They are served in restaurants reminiscent of English-style pubs which some say will “make you forget you’re in Panama”. Both locations also offer outdoor seating for those who’d prefer to take advantage of the beautiful weather.

Other microbreweries have opened over the years, but La Rana Dorada remains “The Golden Frog” which Panama continues to love. You can check out their website at http://www.laranadorada.com/.

Can a Foreign Corporation Reduce Taxes for Your Online Business? Part 2

Is that a Banana? Close, but no cigar – That’s a Plantain!