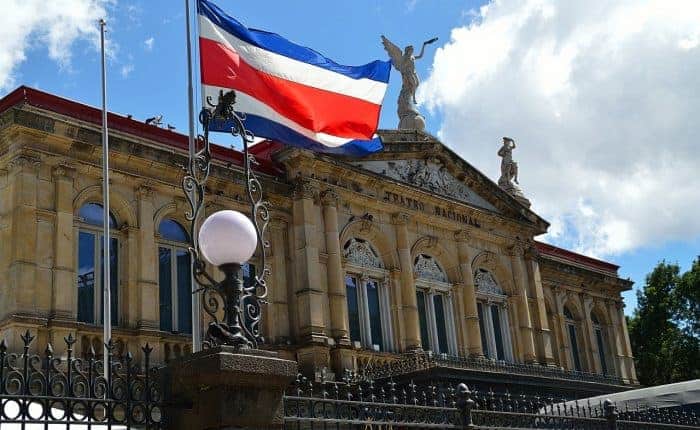 Living in Costa Rica is a decision that tens of thousands of expats come to every year when looking abroad for their expatriation destination. Whether you come here to work for a multinational organization needing your expertise, venture south to open a small business in a more amiable climate, or simply are looking for your retirement investment, Costa Rica has a lot of great living options. Being a peaceful nation whose focus is mainly on education and social improvement, Costa Rica can be a great choice for those looking to settle down into a more laidback lifestyle in a stable country. Unlike many of its neighbors, Costa Rica has no standing army and declares itself neutral in any current or potential conflict. This stance has allowed the nation to grow its reputation as the “Switzerland of Central America”, and it is well-deserved. Not only has Costa Rica become an attractive option for those looking to move from North America and Europe, but many South Americans are starting to pack up and ship out to carve a new life in a safer, beautiful country. Let’s explore a small handful of the pros and cons of living in Costa Rica.

Security is a primary concern for many expats thinking about making the move to Central America. Though criminal activity is on the rise in Costa Rica, its numbers are barely measurable when stacked against its Central and South American counterparts. Petty theft and home invasion dominate the statistics here as the culture of Costa Rican’s is at its heart non-confrontational. Criminals would much rather rob your house while you’re away than stick you up on the street. That said there are enormous measures being undertaken by the government to stem these types of crimes. One such initiative has been the installation and networking of in-house camera systems that alert law enforcement when the user’s home is breached, allowing them to respond much more quickly. Additionally, there is an increased police presence in both the capital city of San Jose and throughout the neighboring municipalities. Though there will likely be no “magic bullet” to fix all, the awareness of the issue and focus being made in curbing it has been a welcome first strike on the part of the current presidential administration to keep Costa Rica safe and attractive to both foreign residents and locals alike.

The cost of living is, like anywhere else in the world, on the rise. We are seeing a small increase in prices of basic necessities, and greater such rise in the cost of imported goods. One must consider when speaking of cost of living which lifestyle you are choosing to lead when living in Costa Rica. For example, if you need your creature comfort foods only produced in the U.S. you can certainly expect to pay a premium at the checkout for them. Many grocery stores do offer these products fresh, frozen and nonperishable. However, these prices can be as much as double what you paid back home and a deal breaker for those on a fixed budget. Gasoline is also and expense to consider in Costa Rica. If you plan to drive a lot then you best plan to pay heavily for that privilege. Gas prices are set and regulated by the government and published in local newspapers. If the elusive $5 per gallon price is scaring you out of the U.S., then you’re jumping out of the pan and into the fire. Priced by the liter, Costa Rica easily tops 1 dollar per with no signs of slowing. Rent and home ownership in certain neighborhoods is priced as you’d expect. The more modern the area with lots of amenities and good road access, the more you’ll pay. Costa Rica didn’t suffer the real estate woes of the U.S. due to much stricter and cautious lending practices. Housing costs have stayed stable, and in some ritzier areas are downright audacious.

Be not afraid, as there is a flipside to this. Describing a low-cost lifestyle in Costa Rica is as easy as studying the locals. Considering that the average Costa Rican earns about $400 per month, one might wonder how they survive. Well, it’s as simple as learning how to simplify your life and cut out what you really don’t need. There are local farmer’s markets every weekend with incredibly fresh produce at amazingly low prices. Anything produced locally, be it dairy, meat, or produce is extremely reasonably priced and abundant. Learning how to “shop like a Tico” will not only save you a bundle, you may actually shed a few of those unwanted pounds at the same time! Getting to these “ferias” and learning the art of bargaining will save you hundreds of dollars a month in grocery bills and bring you closer to the culture and community. The bus system in Costa Rica is the best in the region. Private companies awarded concessions operate at high frequencies and dependably. A trip to San Jose from the coast can cost as little as $8, and the 50 cent ride to San Jose from outlying communities is downright cheap, safe and easy. Many choose to drive less, or simply rent a car for the occasional weekend, rather than take on the burden of expensive, heavily taxed cars guzzling high cost fuel. Often times, lower cost accommodation can be found but a few short kilometers from the urban centers. It is wise to find a great realtor and start exploring areas away from the developments built to attract wealthy expats. Hundreds, in some cases thousands, of dollars can be saved on your rental with a little sleuthing and a trusted agent on your side.

You’re potential medical expenses is a key concern. If you are not planning to be in the Caja (the social security system) there are plenty of great options to purchase private health coverage for less than $1000 per year. Medication is also very inexpensive in comparison to other countries around the world. The quality of healthcare is top notch in both the private and public institutions. It is wise to consider your proximity to emergency services or regular care if that is a requirement for your living well in Costa Rica.

As with any move to a foreign country, one of the best ways to live well is to become as entrenched in the culture and communities as possible, right out of the gate. Learning Spanish, joining local clubs, meeting fellow expats, and perhaps volunteering in the community are great ways to immediately increase your sense well-being and feel more connected to the country and its people. Living in Costa Rica does come with its fair share of challenges. However, a little research and an open mind to change and you will join the hundreds of thousands of expats who happily call this little “Switzerland” home.

What A Tour of a Teak Plantation is Like